Many of us have seen caterpillars crawling in gardens, on plants, and on trees. Caterpillars look like harmless creatures with colourful bodies and patterns. But is this the case? Could they be dangerous? Do caterpillars bite, for example?

Stinging caterpillars can be dangerous if they bite you. These caterpillars also have venom sacs that release venom upon contacting the skin of their victim.

The bite of the caterpillar can result in allergic reactions, which includes swelling, dermatitis, pain, itching, and blistering. It would be helpful to look out for caterpillars when you are out working in your garden.

There are a number of caterpillars that make up the stinging caterpillars grouping including buck moth caterpillar, spiny oak slug, hickory tussock moth and saddleback caterpillar.

Caterpillars are the larvae of butterflies, and most of them often have stings and barbs on their body. Many people do not consider caterpillars to sting, and it is associated with other insects like wasps and bees as this is how they defend themselves.

However, this isn’t necessarily the case!

Caterpillars are tiny and cannot usually defend themselves. However, there are stinging caterpillars with hairs on their bodies, and they use them as weapons. The hair is connected to sacs containing poisons.

The hair will pierce your skin and release poison into your system when you handle the caterpillars. As a result, you may suffer from allergic reactions.

Watching caterpillars is a fun activity, but it is important to know if they can cause you harm. Most of the caterpillars out there are harmless, but there are some which can be poisonous. For someone who is unfamiliar, it is not easy to tell if a caterpillar is poisonous.

You can tell that the caterpillar is poisonous by how it looks. Some of these caterpillars have hair on their body that will sting. These are like spines that can pierce the skin and stay there.

As a result, you will experience some discomfort and an allergic reaction to the sting. Caterpillars are not like wasps when it comes to stinging.

Is It Safe to Touch a Caterpillar?

However, some species of caterpillars can cause harm to you if you feel them.

Some caterpillars with string-like hair on their bodies should not be touched as they can sting you. The stings are attached to poison sacs, which can cause irritation and an allergic reaction.

You never know when you may come across such a caterpillar in your garden. Hence, it is best to take precautionary measures by wearing gloves when you are working in your garden. In addition, after you are done, you must always wash your hands to get rid of any residue.

The caterpillar sting is also known as the bite. If you are stung by a caterpillar, you will experience some redness in the area. Consequently, the redness can also turn into a blister that can worsen if you are allergic to insect bites and can land you in the hospital.

Other factors decide how servere the rash can be. Some of these factors include the size and species of caterpillars and the age of the person.

Caterpillars that have stings will only cause harm if they feel threatened and you disturb them. If you get stung by a caterpillar, you will not know right away. Instead, you will feel the symptoms of the sting slowly.

Some of the rash symptoms you should look out for include red posts that appear on the place where you get stung. In addition, the area will begin to hurt. Some people are known to feel the pain immediately, while it may take a few minutes for others.

In addition, how people react to caterpillar bites is different. Some people, unfortunately, experience extreme reactions, while others have reported to only feel a small discomfort. Some people have thick skin, so they do not feel the sting.

Moreover, the aftermath of the sting also varies between people. Most have reported symptoms like vomiting, nausea, headaches, and stress. It is best to consult a doctor if you are experiencing extreme symptoms.

If you have been stung by a caterpillar, you must check if any spines are lodged in your skin. You can get the spines off by using any tape. Next, you must wash the area with soap and water to get rid of the caterpillar toxin.

To help relieve the pain, you must use baking soda or an ice pack in the area. This can help reduce the burn and help with the swelling. It is best to wear full plants and full-sleeved clothes to avoid being stung by caterpillars and other insects.

Caterpillars are known to be harmless. While most of them cause no damage, caterpillars can be dangerous. These insects have spikes on their bodies that are connected to poisonous sacs.

Once these spikes get lodged into your body, the poison is released. This can lead to a bad allergic reaction in most people.

Some people do not experience pain, while others have reported symptoms like vomiting, headache, and stress after getting stung by caterpillars. It is important to check with a doctor in case of such extreme symptoms. Moreover, you must check for any spines in your skin and wash any toxin off the spot. 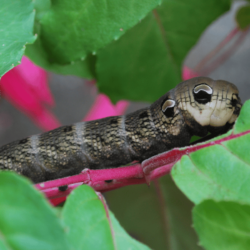