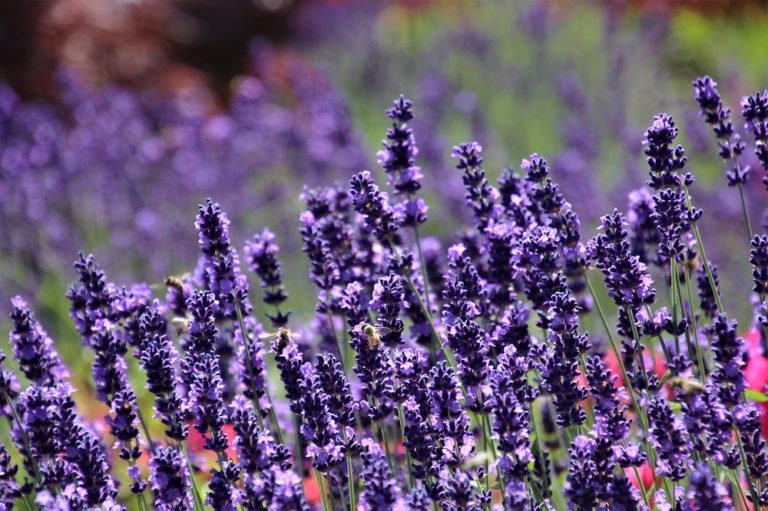 There is a lot to know about cats and certain plants. While most plants may appeal to cats, others will not and may even be harmful. Lavender is one such plant that humans enjoy but do cats like lavender or will they avoid it?

Some cats, although a small number, like the smell of lavender. However, the majority of cats do not like lavender and will avoid it where possible.

Humans enjoy the smell of lavender. However, some cats can be indifferent towards lavender scents and the plant itself, while some detest it. Lavender has a strong smell, and cats are more sensitive than humans when it comes to scents.

Therefore, some cats may avoid being in proximity with lavender.

Some people may believe that lavender attracts cats. However, it does the opposite. People who do not like cats and want them to stay away from their garden can use lavender as a repellent.

Lavender has a floral scent that they do not like. Therefore, they stay away from the plant or anything which smells like lavender.

Is Lavender Poisonous to Cats?

While most cats do not like the scent of lavender, it is also poisonous for them. Not only cats, but lavender is also poisonous to dogs. Cats are curious animals, and if you find a cat rubbing against the plant, smelling it, or being close to it, you do not have anything to worry about.

In addition, if the lavender oil is applied to the cat’s skin, it enters its system when the cat licks, leading to it getting poisoned. However frustrating a cat may be, poisoning them with lavender oil is not an approach that should be taken under any circumstances.

Lavender essential oil is so harmful to them because the lavender is concentrated. The enzymes in the lavender oil are stronger than the plant and can poison the cat’s liver.

When it comes to the plant itself, it is only mildly toxic for cats. If the cat consumes a lot of lavender plants, it can die from lavender poisoning. However, if the cat eats the lavender plant in small amounts, you should not worry about it.

What Other Plants Attract Cats?

While lavender can be used to ward off cats, there are other plants that may attract cats to your garden – not something you want!

The most common plant that attracts cats is catnip. Catnip is also known as Nepeta cataria, and many people know about it. Most people also refer to catnip as catmint as it comes from the mint family.

Catnip has a scent that cats enjoy and find attractive. Some cats like to roll in catnip and sniff it, while some like to eat it. Catnip can make some cats hyper while some cats calm down.

Another plant that attracts cats is called the valerian root. Valerian root is used by humans who have trouble sleeping. However, the plant has the opposite effect on cats.

Lazy cats who have gained weight are given valerian root, so they become energized. Valerian root has terpenoid chemicals that are like catnip. Most cats love the smell of valerian root, which is like vanilla, and others also like to eat it.

Cat thyme is a herb that does not appeal to humans, but for some reason, cats enjoy it – hence the name. Cat thyme has soothing effects on cats like catnip. This herb will make cats happy and give them an afterglow.

Lemongrass has many benefits for humans. This herb has lemon tones to its scent and surprisingly attracts cats. Cats love the scent of lemongrass and like to chew on it too. Lemongrass will have soothing effects on any cat, like catnip.

What Other Plants Are Toxic to Cats?

We know that some cats hate the smell of lavender, but the plant itself is only mildly toxic to them. However, there are other plants that you must avoid as they are toxic for cats.

The Persian violet plant looks beautiful but can be deadly for cats if they consume it in large amounts. This plant is usually kept indoors, but all parts of it are toxic to cats. The tubes and the root of the plant is its most toxic part.

The genus Narcissus, which includes daffodils, is toxic to cats. This comes as a surprise because many people enjoy keeping daffodils during the spring months. While all parts of the plant are toxic, the bulbs are the most toxic part.

If you have more questions about cats and their love or hate of lavender then give these FAQs a read: