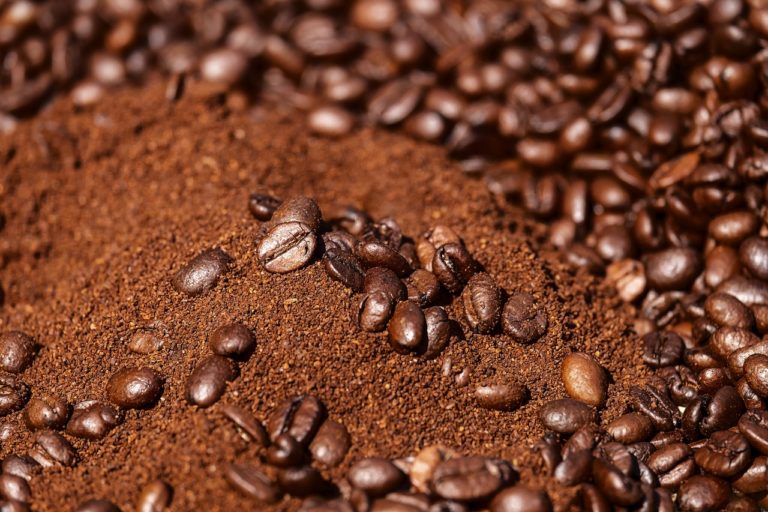 Neighbouring cats can be a problem in your garden. So do coffee grounds deter cats effectively? Here we’re going to look at the use of coffee grounds for repelling cats:

Yes, coffee grounds do deter cats. As always, each cat is different so it may work well for one cat but not work at all for another cat.

How to Use Coffee Grounds to Deter Cats

If you want to give coffee as a deterrent a go then first you need to get hold of some used coffee grounds.

If you’re an avid coffee drinker then chances are you’ll have them free at home. If not, then a lot of coffee shops give them out for free.

Next, sprinkle a layer over the soil in your flower beds. You only need a thin sprinkling of the stuff. It’s worth remembering that the smell won’t last forever so you’ll need to reapply a layer of coffee every week or so.

Coffee isn’t going to be a quick fix. You’ll need to give it a month or so to see if it has had any real impact on deterring your neighbour’s cats from pooping in your garden.

If coffee grounds don’t appear to work, then you’ll have to move on and try something else. Fortunately, we’ve written a full guide on how to stop cats pooping in the garden.

Should You Use Coffee to Deter Cats?

There are two elements to consider when using coffee in the garden. Will it harm the cats and other wildlife you have in the garden? And will it have a negative impact on your garden and plants? So let’s answer both of those:

Like a lot of substances, it seems that coffee could harm cats if they ingest large quantities of it. A slurp of coffee or a lick of a coffee bean certainly won’t kill them but were they to ingest a large amount of ground coffee then there could be an impact.

Ultimately, cats have a far more extreme reaction to caffeine. You probably know that caffeine isn’t good if you have a heart condition. Well, in cats, it can affect even the healthiest of hearts.

Symptoms of caffeine poisoning can include hyperactivity, vomiting and seizures.

Absolutely not! In fact, it’s the complete opposite in most cases.

You’ll want used coffee grounds (ones you’ve made coffee with) as opposed to freshly ground coffee beans. Fresh ground coffee tends to be acidic so can have an impact on your garden, the soil’s PH level and can impact plants that aren’t fans of acidic conditions. Used coffee grounds, however, tend to have a far more balanced PH level.

The benefits don’t stop there. A lot of gardeners also claim that sprinkled coffee grounds keep slugs and snails away.

Even if you don’t drink coffee or grind your own coffee, plenty of coffee chains give their coffee grounds away for free for the sole purpose of using them in the garden:

Starbucks is famous for doing so. If you have a local, independent coffee shop then it’s worth dropping in to find out if you can have their waste coffee grounds.

So far in this article, we’ve focussed on coffee grounds as they tend to be easier to come by and are a by-product of making coffee to drink.

But could you spray your garden in coffee to deter cats? Although spraying coffee could deter cats, there are a number of different homemade, natural cat repellent sprays which would work much better (we’ve outlined 5 options here).

Instead, avoid wasting coffee by spraying it around the garden and, instead, stick to drinking it yourself. You could, however, use cheap instant coffee!

If you have further questions about cats and their relationships with coffee then check these out:

Cats highly dislike the smell of coffee grounds and will avoid areas that smell like coffee. They do not like the strong concentrated smell, although some may be used to it if they come from a house or garden that frequently smells like coffee.

Generally, coffee will deter cats. However, as cats are each individual and have their own traits, there is a risk that a cat might actually like the smell or not be bothered by it.