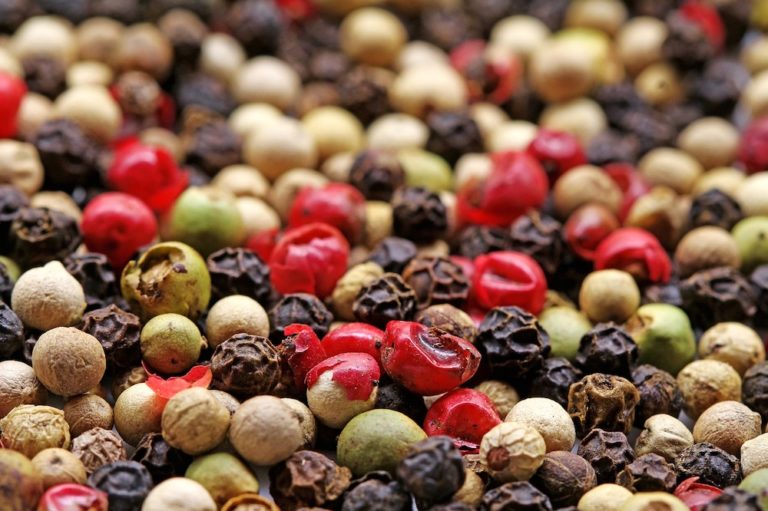 If a cat is constantly entering your garden and being a nuisance, you may be looking for ways to deter it. Common kitchen spices are often used as a cat deterrent. But of all the spices does pepper deter cats? It’s the most common spice, after all…

Yes, pepper does deter cats. Any combination of pepper will work including black, white and/or cayenne pepper.

Fortunately, there are many forms of pepper that you can use to deter cats. The different options make it easy for you to choose. The smell of pepper is what deters cats because they have a strong odour sense.

By sprinkling pepper in your garden or making a spray, you can prevent cats from entering because they can smell the scent from far away.

You can keep cats out of your garden by using black pepper as a deterrent. Black pepper is available in everyone’s homes, and it serves more purpose than being a popular seasoning.

As humans, we find the scent of black pepper strong so imagine how it is for a cat.

Cats do not like strong smells as they are sensitive to them. You can release the scent of whole black pepper by crushing it. Next, you can sprinkle the crushed black pepper in your garden and let the wind carry its scent. The scent will enter the nose of any nearby cat, and hence, it will avoid your territory.

Even if a cat enters your garden, the black pepper will irritate its paws and nose, and it will not return.

However, black pepper can be easily washed away with the rain, so you must sprinkle it again. It’s also important to crush it to release the strong aroma – whole peppercorns are less likely to work.

If you do not have black pepper, you can use white pepper instead. With cats, the game is all about the scent. Since cats do not like any kind of pepper, it does not matter which one you use as long as it contains a strong pepper aroma.

You can use white pepper the same way that you use black pepper.

You can either sprinkle white pepper in your garden or make a spray out of it. Pepper is an effective method of keeping all the cats away.

Firstly, the scent of white pepper should be enough to keep the cats out. But even if a cat comes into your garden, the white pepper will enter its sinus and irritate the eyes.

What makes cayenne pepper special is the ingredient capsaicin which cats do not like. You can use cayenne pepper by spraying the flakes at the bottom of your plants. Cayenne pepper also comes in powder form, which you can sprinkle on the leaves.

However, it is important to take extra care because the wind can cause the pepper to get into your eyes.

The problem you’re likely to have with other peppers is also something you will have with using cayenne. The rain can wash cayenne pepper easily away, and therefore, you will have to reapply it to your garden.

The great thing about using cayenne pepper as a repellent is it also repels other animals. The repellent is a natural insecticide and will get rid of those nasty bugs that damage plants.

Is Pepper Poisonous to Cats?

While we do not like cats coming into our garden, using a repellent that can poison them is wrong, a cat’s life is very important, and we only condone humane methods of cat repellent.

Many people worry that pepper can be poisonous to cats. However, that is untrue. You can use pepper in your garden as a deterrent to get rid of any neighbouring cats. While pepper can be a nuisance for cats as it irritates them, it will not kill them.

The best thing to do is to use pepper safely.

That is, if you worry about any cats ingesting pepper, do not spray it on the plants. Instead, you can sprinkle it in small quantities or hang pepper-infused tea bags.

Do you have further questions about the effectiveness of pepper at deterring cats? Then check out these FAQs:

Is Pepper Bad for Cats?

Yes, it can be bad for cats. It can be an irritant to their skin and paws. If they get it on their paws, they may then also rub it into their nose and eyes.

No, like many other condiments, black pepper is incredibly toxic to cats and can cause them serious harm.