Cats can be one of the desutrctive pets in the garden. Yes, we all get annoyed at aphids and caterpilalrs eating our plants. But, a cat can trump them when they dig up your flowers and poop throughout your beds. So, what deters cats from flower beds effectively?

There are several ways you can deter cats from flower beds. Several plants, spices, and household items can be used as an effective deterrent.

A cat can ruin your flower beds if it’s in the mood for some chaos. Fortunately, there are numerous ways you can deter a cat from your garden and secure your flower bed from becoming a cat litter box.

Several plants, spices, and household items can be used to deter cats. Most deterrents commonly used to secure an area from cats are often easily accessible.

Cats have greater senses than average people, so their sense of smell is also very sensitive and they dislike a lot of smells of various plants and spices; such plants and spices can be used as effective deterrents for cats. This is what you must use against them!

Lavender has a smell you may love, but your cat despises it. Lavender is a famous deterrent for cats because its smell is strong enough to shoo any nearby cats from your garden. Lavender grows throughout the year, adds a nice purple hue to your flower beds and comes back year-after-year.

Rosemary has a similar pleasant smell to lavender which is appealing to you but horrid to a cat, making it an effective way to deter cats from causing havoc in the garden. Rosemary can also be used in cooking.

You might be thinking that rosemary won’t look that great in a flower bed. But, during spring and early summer is produces swatches of light blue flowers are great for pollinators.

Why Do Cats Hate Rosemary?

There are actually two may reasons why rosemary works well to deter cats. Firstly, cats dislike the strong smell of rosemary. It’s incredibly pungent for their sense of smell. Secondly, it has a coarse texture which cats dislike brushing up against.

Cats dislike curry herb plants. It is an effective deterrent as cats, and some other animals hate its smell, so they avoid an area with curry herb plants. Unfortunately, as you may have guessed, the plant will smell strongly of curry which can be off-putting for some gardeners.

Rue, like most of the plants on this list has a very strong smell and taste that cats dislike which will force them to move to another area of your garden. It is an old-fashioned herb that’s not really common these days, unfortunately.

Pennyroyal emits a smell that is the same as the smell of peppermint when brushed past, making it a good option to shoo away cats from the garden. Cats dislike its smell and will avoid going near it.

Coleus Canina has been cultivated solely to deter cats. It produces a urine-like scent when brushed past which makes a cat think that another predator could be close by.

Any plant with spikes on it is automatically an effective deterrent for cats as cats are smart animals and wouldn’t take unnecessary risks just to get injured going to pee. Rose bushes are suitable as they will also add pretty flowers to your flower bed.

Apart from plants, spices can also be a good way to deter cats. Cats dislike the strong smell of most spices, so if you spread some on your flower bed, no cat will approach. Some spices aren’t only used for cooking but are also an effective cat deterrent:

Dried lemon thyme is often found in your spice cupboard, but a much better option is planting the herb in your garden to deter cats. If you don’t want to plant the herb, you can sprinkle some lemon thyme on the area you want cats to avoid, such as the flower bed.

Cayenne is a pepper made from a pepper with a very pungent smell that cats cannot stand near. They will avoid any area that smells like cayenne.

Is Cayenne Toxic to Cats?

Cayenne pepper is not known to be toxic to cats. However, if it gets stuck in their paws or if they get it in their eyes then it can be an irritant so it should be used with caution.

Although not a spice technically, we’ve included it on this list. Mustard can be used to deter cats from ruining your garden. A great way to use mustard is by mixing it into some water and vinegar and then spraying that around your garden.

Many items that are commonly used in your house can be effective ways to deter cats from flower beds:

Using tape as a deterrent is effective because cats do not like walking on tape as it feels uncomfortable on their paws and their paws get sticky. You can easily use tape if you have window boxes or potted flowers.

Otherwise, this method will be difficult to use, as you can probably imagine!

Tin foil is an effective way to deter cats because, similar to tape, cats dislike how tin foil feels on their paws.

They also hate tin foil because it produces a sound that is too loud for cats when they walk on it.

Cats hate the pungent smell of citrus, which is also toxic and can be lethal. Due to this reason, cats avoid citrus.

However, it takes a large amount of citrus to affect a cat’s health, so you can use some citrus peels, such as orange peels, and add them to your flower beds so cats won’t ruin your bedding plants.

Cats have heightened senses and can feel uncomfortable from several things because of these senses. If you like gardening, you would want to keep your flowers and plants safe. To deter cats from your flower beds, use smells they dislike using plants and spices. 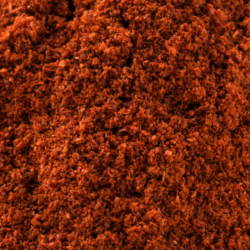 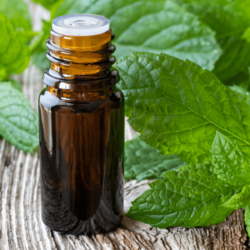