Constantly finding cat poop in your garden is an annoyance that homeowners could do without. It’s smelly, disgusting and seems to turn up in all the worst possible places! But how can you tell it actually is cat poop? What does cat poop look like?

Cat poop is generally very distinctive but it could also easily be mistaken for many other animals if you aren’t too sure what it looks like.

Luckily we have this handy guide to help you distinguish between cat poop and all the other types you might find in your garden:

Most cats poop at least once a day which if you have a variety of neighbourhood cats visiting your garden can add up to quite a lot of cat faeces!

The poop of any animal can be very different from each other and is often dependent on their overall health so expect some variation from cat to cat.

A healthy cat will poop fairly regularly, approximately once per day. Some cats even go at similar times of day like clockwork!

They will often choose the same spots or similar areas so if you are getting repeated cat poop in the same spot it is more than likely the same cat who has decided that that particular spot is their preferred toilet zone.

The cat poop itself will be a deep brown in colour and have a slightly stiffer consistency than dog poop, but it won’t be rock solid either. A malleable solid consistency that isn’t too mushy is generally what most cat poop looks like.

It is this consistency that is similar to modelling clay that is often the problem to gardeners! It can feel sticky when crushed and once on your clothes or skin, it feels sticky and challenging to remove.

The healthiest cats shouldn’t have poop that smells too disgusting but some odour is to be expected.

How To Tell Cat Poop From Other Types Of Poop

Many gardens have all kinds of visitors to them and these visitors often leave their own little presents behind – a nightmare for families with children, dogs and those who love to garden!

Here are a few common garden visitors that might be doing their business in your garden:

Fox poop is fairly easy to identify when compared to cat poop because their faeces is similar to dog poop! The difference between a fox and dog poop is the leftover items in it and fox poop tends to be a bit longer and more twisted.

A fox will have bits of feather, bone and even seeds and berries in as they will scavenge and hunt many types of birds and small animals. Their poop is quite dark and has a very distinctive musky smell.

The poop itself is usually pointy at one end and looks quite lumpy with all the different debris left in it. Cat faeces tend to be quite smooth in comparison and tends to be a bit harder and smaller. Urban foxes are more likely to have poop that looks similar to dog poop in consistency and shape.

One of the most distinctive things about hedgehog poop is that it tends to have a shine to it which is quite different to most cat faeces. It tends to be tapered and have berry pips and leftover bits of insect body in it.

The consistency tends to be quite squidgy in comparison.

Badgers are similar to cats in that they often dig a pit in which to do their business. They don’t tend to be quite as good at burying it as cats are though!

So if you find a poop in a shallow pit that is a bit on the slimy side then it could well be a present from a visiting badger.

No one likes to think about rats being in their garden but they are fairly common visitors and can leave quite a lot of their faeces behind. They are very distinctive though so you should be able to spot them easily enough.

Rat poop tends to be left in small scattered groupings and they will each be around 2 cm in size. They are usually oval in shape with a tapered end and are a deep, dark colour.

Rabbit poop is perhaps one of the easiest types of faeces to spot in your garden. Rabbits tend to poop lots of tiny pellets in a group. They are black or brown in colour and are pea-sized, hard pellets.

If you still have questions about cat poop and its appearance, these FAQs may help out:

What’s the Difference Between Fox Poop and Cat Poop?

Cat poop is usually uniform in colour and texture. It will also, usually, be solid poo. Whereas fox poop can be lumpy and twisted. It will often be full of detritus that hasn’t been digested properly such as bones and fur.

What’s the Difference Between Dog Poop and Cat Poop?

Cat poop tends to be small and narrow with ridges whereas dog poop can be much larger. Dog poop tends to be stickier and messier than a cat’s poop. Of course, poop will change drastically with different diets.

When asking what do cat poop look like, we hope the above has helped answer your question. Remember, it might not be a cat you’re dealing with. 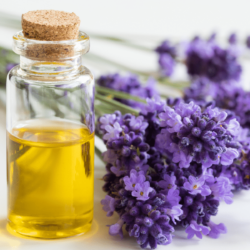 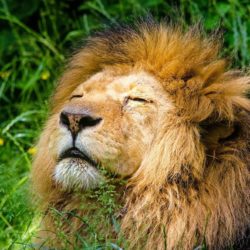