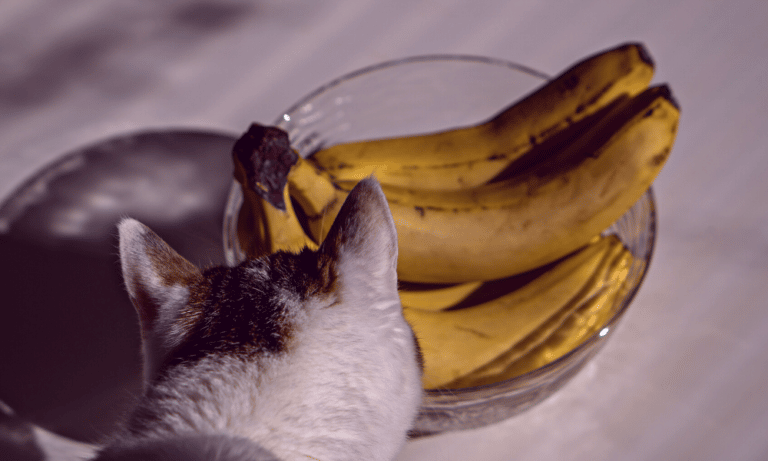 Something completely normal to you could be terrifying to a cat. Things like a vacuum cleaner, a water hose and even bananas! So, why do cats hate bananas?

Cats hate bananas because the peel of a banana emits ethene as it ripens. Cats smell its scent and sense that it’s a dangerous object that should be avoided.

Cats are picky when it comes to food. They like to eat protein over any other food group. Many cats avoid trying different foods and tastes. Food items such as bananas are one of those foods that your cats hate and won’t even go near it.

If you put a banana near a cat, it will approach it, but when it smells it, the cat will get scared and run away. The cat is scared of the peel and not the banana itself. This is because the banana peel emits the smell of certain chemicals that cats dislike.

As a banana ripens, it emits ethene or ethyl acetate. A cat finds the smell of these chemicals repulsive and detects them as something dangerous.

It’s not just bananas that cats hate but they also hate cucumbers. This isn’t due to their smell, however. Instead, it’s believed that cats mistakes cucumbers for a predator!

Yes, you can use banana peels to deter cats but they don’t last very long, unfortunately. The smell of the banana peel only lasts for a few days, beyond that, it will no longer work as a cat deterrent. 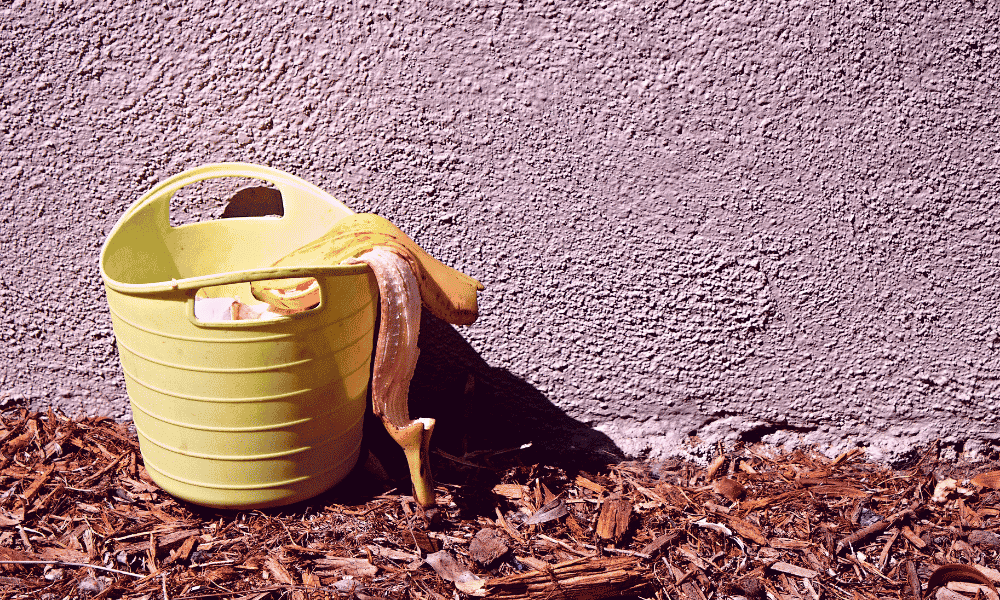 Are Bananas Toxic to Cats?

Some foods that are edible to us may be toxic to cats, which is why you should pay close attention to what you give to your pets for food.

Cats generally avoid foods they are unsure about and stick to eating meat-based items. Cats despise fruits such as bananas not because of the banana but because of its peels.

Banana peels might taste unpleasant to chew for your cat, but it isn’t toxic to cats (as verified here), and your cat won’t have a fatal reaction upon eating banana peels.

Cats also dislike eating bananas because they’re not used to eating soft fruit. They get concerned about unfamiliar textures and avoid objects and foods that are new to them. They can eat a banana, but they will regret eating it.

Do Bananas Keep Cats Away?

Bananas keep cats away because of their peels. A cat dislikes the smell of banana peels because the outer peel of bananas emits chemicals such as ethene that cats find repulsive.

The cat will approach a banana, smell its peel, and detect it as dangerous.

A banana isn’t the thing that is scaring off the cat, but it’s the peel because cats dislike the chemical smell of ethene. Banana peels emit ethene, which is why your cat hates being around a banana.

Ethene is a part of the fruit ripening process and is a naturally occurring component. Several fruits emit ethene as they ripen, and there’s a strong chance that your cat, like how it avoids being near a banana, will avoid those other fruits just as much.

Plums, mangoes, cantaloupes, tomatoes, apricots, and apples are some of the many fruits that emit ethene.

The smell of ethene gas smells musky and overly sweet. The banana’s scent is so slight that you won’t notice it. Cats have a heightened sense of smell so will find the smell of the banana peel overbearing.

A cat’s nose has 40 times more odour-sensitive cells than an average human. Due to this, they will avoid going close to the banana as its overly sweet scent would be like the smell of rotting fruit.

A cat’s hate against bananas can be used to deter it if it’s doing something that you don’t like. If you don’t want a cat to visit your garden, you can try leaving banana peels dotted around your flower beds. Unfortunately, this will not be a long-term fix!

Why Do Cats Hate the Smell of Bananas?

As bananas ripen, they release ethene. This ethene is what cats can smell and why they hate the smell of bananas. It might not be a smell you notice, but cats pick it up easily as they have a stronger sense of smell.

Cats love many things and hate many things, both of which are hard for us to understand. Cats despise bananas and will not eat them; instead, they will get scared of them. They hate bananas not because of the banana inside but because they hate the peel.

The smell of the banana peel is what the cat hates going near off. Banana peels emit ethene; this chemical smell comes from banana peels when the banana ripens. Cats have a heightened sense of smell; hence the scent of bananas, which are subtle to us, will smell like rotting fruit to cats.