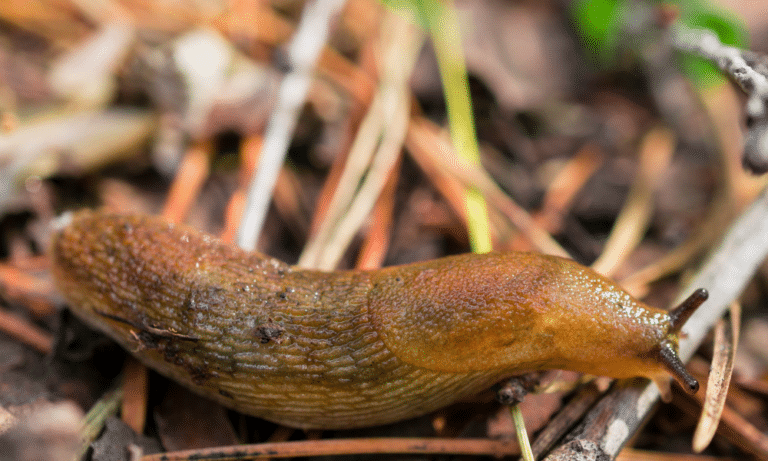 We’ve all seen slugs crawling around the garden and causing havoc. But have you ever questioned what a slug actually is? Is a slug an insect or not? Or is it something else entirely?

Slugs are not insects. They are actually molluscs.

Many people assume that since slugs are found in gardens, they are insects. However, they are not insects, but they are molluscs. The same mistake is often made about snails which are also molluscs.

What is a Slug Classified As?

As opposed to what many people believe, slugs are not insects. All insects are classified differently and belong to the phylum Arthropoda. On the other hand, slugs are from the phylum Mollusca.

Slugs and Squids are Related
Although this might come as a surprise, slugs are closely related to squids rather than the insects or bugs you find in your garden.

The Mollusca phylum, which slugs belong to, is quite diverse and includes many animals from the animal kingdom such as octopus, clams and oysters. Slugs, along with snails, are from the class Gastropoda, a large group of Mollusca.

There are two members in the Gastropoda class: Snails and slugs.

Snails have a large shell on them, which protects them. Snails are born with the shell. The shell is soft and then grows hard as the snail matures. Slugs do not have that shell. Instead, slugs have an internal shell that stores calcium. Slugs are separate animals, and snails do not become slugs if they lose their shells.

Is a Slug an Invertebrate?

Invertebrates are those animals that do not have backbones. Slugs are invertebrates, and they have a soft body and a single muscle with which they glide. The group to which slugs belong, Mollusca, includes all invertebrates.

Other than slugs, snails are also invertebrates, and they both are in the Gastropoda class. As snails have shells, many people think that they are not invertebrates. However, that is not the case.

Even slugs have a bit of shell inside them or sometimes on them. Molluscs include other invertebrates like octopuses, squid, and other animals inside shells.

Are Slugs the Same as Snails?

As snails and slugs belong to the same category of animals, many people assume they are the same. In addition, slugs and snails have similar physical traits, confusing people. However, slugs and snails are different animals.

Contrary to popular belief, a slug is not a snail without its shell. When snails lose their shell, there is a chance that they can die. If the damage to the shell is small, snails can fix it, but if it’s big, they may not survive for long.

A snail’s shell is made from calcium and they are born with it. The shell is soft at birth; however, as the snail matures, the shell hardens.

Slugs have evolved from snails and do not have shells. These slimy pests, however, have an internal shell that stores calcium. Therefore, slugs do not have to worry about consuming a lot of calcium.

Since slugs do not have a big shell on their backs, they can squeeze into small spaces and hide there. When snails need to hide, they go into their shells. Some snails can also close their shells.

Therefore, even though snails and slugs have similar characteristics and belong in the same group, they are different animals. The only real similarity is their slimy nature and the way they glide using their slimy bodies.

It is interesting to know what a slug lifecycle can look like. Slugs are hermaphrodites and have both male and female organs. Therefore, all slugs can lay eggs after they mate. After the slugs mate, they lay a cluster of white eggs. Slugs lay their eggs in a moist place.

Slug eggs can remain dormant for a long time and can hatch as early as two weeks. Therefore, it is easy for slug populations to increase in gardens and why gardeners must take a step to control it.

Slugs are commonly found in gardens, so many people mistake them for an insect. But is a slug an insect or not? No, slugs are not insects. Rather, slugs are molluscs that are invertebrates.

Slugs belong to the phylum Mollusca, including other creatures like octopuses and squids. Among the phylum, slugs are part of the class Gastropoda alongside snails.

While slugs and snails belong to the same class, they are not the same animals. In addition, when a snail loses its shell, it does not become a slug.