Cats have senses that are way higher than that of an average human. Among their heightened senses, their sense of smell is very high too. With such a sensitive sense of smell, they hate strong herbs like mint. But why? Why do cats hate mint so much?

Cats hate mint because of its smell as it contains salicylate, which is toxic to cats. However, cats are attracted to mint because it has Nepetalactone mimicking compounds also present in catnip.

Simply put: Cats hate mint because of its smell. Their strong sense of smell can’t stand the scent.

Mint has a strong scent because it contains salicylate, which is toxic to cats.

Unfortunately, instead of cats avoiding this herb, they’re attracted to it because mint contains nepetalactone-mimicking compounds also found in catnip.

Mint plants are dangerous for cats besides catmint and catnip. Luckily, mint only has a couple of traces of salicylate, and cats can get affected by the toxins only if they’ve eaten a large portion of the plant.

Hypersensitive cats can get skin itching and irritation if they touch or eat mint.

Do Cats Hate All Mint Plants?

Cats hate most types of mint plants but not all. Mint has a smell that may not be bothersome to you but is repulsive to a cat because it’s overpowering.

It has a strong smell because of the inclusion of salicylate in mint plants. Salicylate is very poisonous to cats.

Though if a cat has had a bit of mint, it isn’t concerning because it takes a large amount of the mint plant for cats to become affected by the poison. Hypersensitive cats, as mentioned above, are more sensitive to mint than regular cats.

Cats don’t hate all types of mint plants; though most mint plants are dangerous for a cat, one mint plant is a cat’s favourite: Catnip, also known as catmint.

Most cats love catnip and aren’t bothered by its scent like they’re bothered by most mint plants. Catnip attracts cats and can get them almost high.

Nepetalactone is the main ingredient that has kitty-brain-frying and tongue-tying effects on cats. Nepetalactone produces a feeling of intense excitement and happiness in cats by copying cat sex pheromones.

Being sensitive to catnip is a dominant genetic trait, but some cats are immune to these effects, so the results won’t be the same with all cats.

Cats also hate mint oil because of the smell, and mint oil is dangerous for a cat as it’s highly concentrated and should be kept away from a cat. However, mint oil poisoning is rare as it only requires a large amount for the poison to be dangerous.

A cat’s nervous system is sensitive to mint oil, and some cats may get aspiration pneumonia. Symptoms can include difficulty breathing, shortness of breath and fast breathing, an increase in heart rate, and fever.

Cats may get an upset stomach if they have eaten something that has mint in it. They may also get liver damage and central nervous system problems. Mint oil is so harmful to a cat that even one drop can make a cat sluggish or unresponsive.

Are Mint Plants Toxic to Cats?

If consumed in large quantities then mint leaves can be toxic to cats because it contains salicylate which is toxic to cats.

Yes, mint essential oil (like most essential oils) will be poisonous to cats and other pets. This is because the oil is so concentrated.

How Do You Deter Cats with Mint?

Mint isn’t the best cat repellent because it has nepetalactone-mimicking compounds also present in catnip, and cats are drawn to this.

Still, it also has a strong smell due to having salicylate, which cats hate so mint can be considered not the best repellent, but it’s somewhat effective at times.

Cats hate the smell of mint but hating a smell doesn’t necessarily mean that it is an effective repellent.

Cats can be drawn to mint, but the possibility is low as cats dislike the smell of mint more than they like the nepetalactone-mimicking compounds in it.

Cats have heightened senses; their sense of sight, hearing, and smell are all very powerful and are 10-14 times better than an average human.

With such an excellent sense of smell, there are several smells that cats truly despise, such as certain citrus fruits and plants, like the mint plant. Cats hate mint plants because of their strong smell.

The strong smell of mint plants is that it has salicylate, which is very dangerous for cats because it’s poisonous, but it is only harmful to cats if they’ve been exposed to it for a long time. 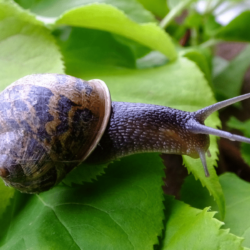 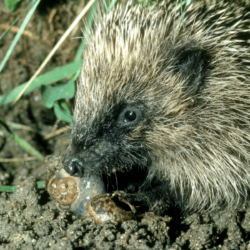