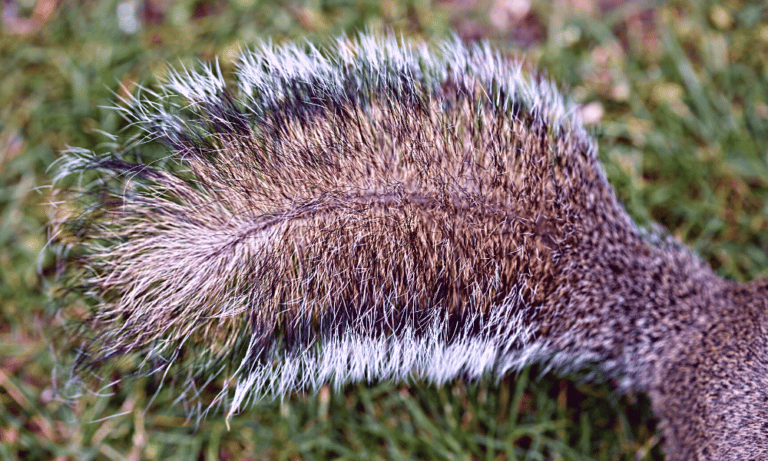 Squirrels are small, cute, and agile animals that are very distinctive in appearance with their bushy. Their tails are one of their most important characteristics. So, what do squirrels use their tails for?

A squirrel’s tail is used for several things. The tails help a squirrel with their balance, communication, and during the mating season.

The bushy tails are unique for squirrels. They’re as long as their bodies or sometimes even longer and bushier. A squirrel’s tail isn’t only a distinctive trait but it also serves many purposes.

It’s like a multitool that comes in handy for several reasons. Squirrels are amazing climbers and agile runners, and when squirrels are on trees, they climb up and down and jump from branch to branch and then over fences… And all of this requires balance. This is provided to them through their bushy tail.

A squirrel’s tail is also used as a parachute. If a squirrel falls from a height, it can use its tail to slow down the fall.

The tail helps in extreme weather, such as keeping them warm in winters. Tails also help a squirrel communicate; it helps them during mating, and they can puff up their tail to be intimidating when facing a predator.

As you see, a squirrel’s tail is probably the most important and most versatile body part they have.

Why Do Squirrels Twitch Their Tails?

Squirrels twitch their long bushy tails for many reasons. It helps them in survival, mating, and many activities. Here’s a full breakdown of why they twitch their tails:

A squirrel rapidly twitching its tail may be warning other squirrels of possible danger, such as a predator nearby. It warns other squirrels, so the predator doesn’t sneak up on any of the squirrels.

Squirrels use their bushy tails in the mating season. If you see a male squirrel trembling or shivering its tail, then that’s its way of attracting a female. Males trying to attract a female squirrel appear as if they’re performing a dance.

Squirrels shiver their tails, get closer to females, and quiver when they’re closer.

They have to compete with male squirrels, though, and mating usually involves a lot of chasing, the male chases the female, and when he has caught her, he needs to protect her from other males. Male squirrels also fight to mate with a female.

Why Do Squirrels Curl Their Tails Over Their Backs?

A squirrel curls the tail over their back and heads to aid them with their balance. When standing still, it stops them from toppling over when perched high up in a tree or on a fence.

Do Squirrels Wag Their Tails When They’re Happy?

No, unlike a dog, a squirrel will wag its tail when it is feeling threatening, in danger or warn others of danger. A wagging tail on a squirrel is rarely a positive thing. 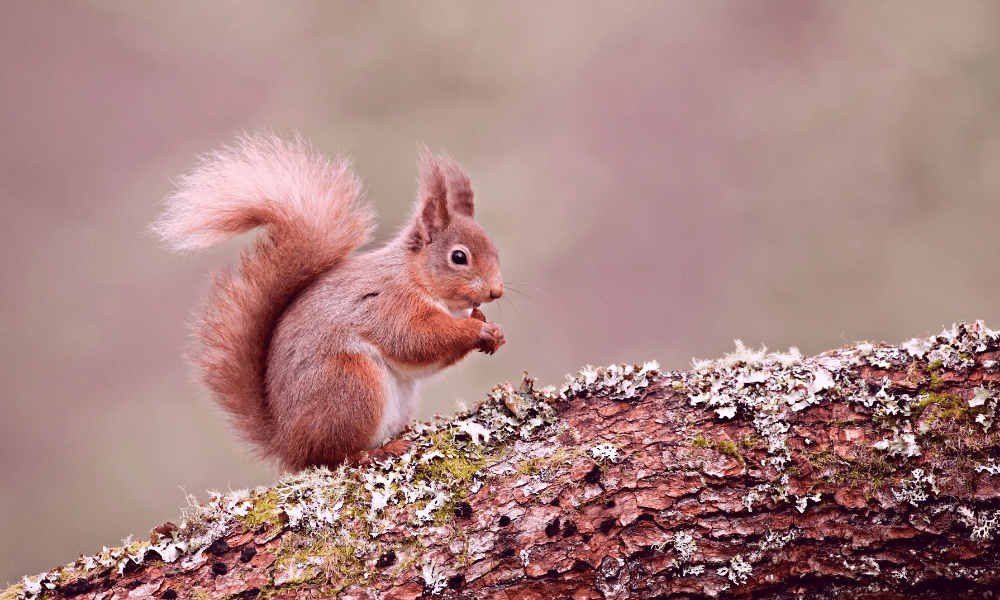 Can a Squirrel Live Without its Tail?

If a squirrel gets stuck somewhere, like a narrow opening or door, its tail may get lost. A tail comes in handy in many situations for squirrels but can survive even without their bushy fluffy tails.

Do Squirrels Use Their Tails as Parachutes?

Squirrels are athletic and very acrobatic. They usually move from one place to another by climbing and jumping from tree to tree. However, sometimes they may fall off a branch, which is when their fluffy tails can come in handy by acting as a parachute for squirrels.

A squirrel uses its tail to slow down during a fall, so the impact is minimal.

Why Do Squirrels Have Bushy Tails?

A squirrel’s tail is more than just a physical characteristic that helps you distinguish squirrels from other rodents. Their tail has many uses and helps them survive, communicate and mate.

A squirrel’s tail helps it by giving it protection during harsh weather and extreme winters. In the summer, the tail keeps them cool by diverting the blood flow. This way, the main body temperature is lowered. Tails help the squirrel keep itself dry during rain or snow.

It provides balance during climbing, and jumping, acts as a parachute during falling, and helps during mating by attracting a female. They also communicate with other squirrels and warn predators by their tail movements.

It is bushy simply because this is what it required to do the job it was designed to do.

Squirrels are cute animals, and their most distinctive feature is their bushy tails that are long as their bodies and sometimes even longer.

Their tails aren’t just to make them stand out among other rodents but also help in many ways in a squirrel’s survival, protection against harsh weather, communicating with other squirrels, and warning off predators, and their tails help them attract a female during mating.