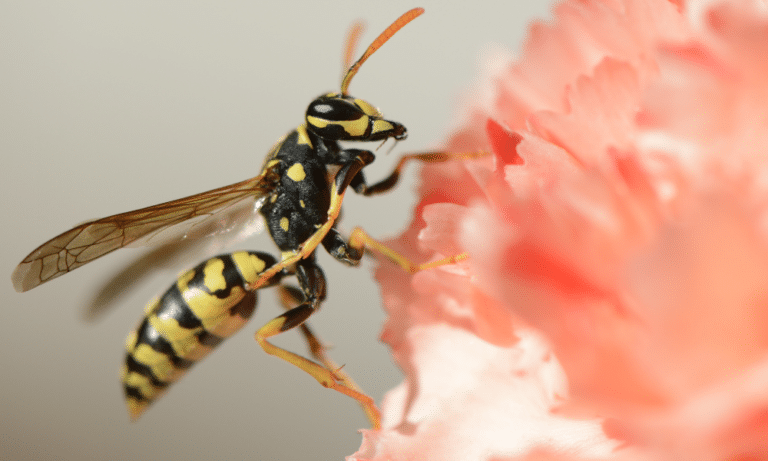 We all know the basics of wasps: They sting, they fly around, they build nests in walls and lofts. But what are some of the other traits of wasps? Let’s consider, are wasps attracted to light or not?

You may have noticed insects gravitating towards lights, and wasps are one of them. These insects are drawn towards any kind of bright light source. Wasps have the ability to recognise vibrant colours.

Why Does Light Attract Wasps?

You may have noticed that many bugs, including wasps, are attracted to sources of light. Well, there has to be a reason for this. There are a few reasons why wasps are motivated to go towards the light:

One of the major reasons wasps are drawn towards any light is heat. Insects, including wasps, are active during the summer season, which indicates they like warmth. Since light emits warmth, wasps like getting close to it.

Wasps are intelligent insects and know their favourite foods (other bugs) will also gravitate around lights. There are many bugs and small insects which come near light and die. Wasps know exactly where to find these insects to munch on.

Therefore, wasps will go near any light source to look for food.

To Reach Their Nests

When it is dark out, wasps have poor vision. Any light source will aid wasps and guide them towards their nest. Wasps tend to learn and memorise the light sources and use them to find their way to their nest.

What Kind of Lights are Wasps Attracted to?

As aforementioned, wasps are attracted to vibrant lights. Wasps are mostly nocturnal. Their compound eyes allow the wasps to view colour spectrums like humans.

Wasps tend to stay in their nest past sunset. However, this changes if wasps spot any source of light. During the day, when it is light out, wasps will have other priorities like being out in the garden to find food.

There are certain kinds of lights which wasps may be attracted to more:

Some species of wasps are attracted to infrared light during the night. One of the reasons why wasps may be drawn towards infrared light is because of the heat it emits.

Wasps are able to distinguish between colours and hence, are drawn towards bright lights like stoplights. These insects can see the colour red, green and yellow and hence, like to fly towards stoplights.

One of the unique qualities of wasps is their ability to distinguish between lights. Hence, these insects love brightly coloured lights, including blue light. If you wish to attract wasps to your garden, you can use blue light.

Are Wasps Attracted to LED Lights?

LED lights are used to attract bugs which is why wasps are also drawn towards them. Wasps get near LED lights and will consume the insects. You will always spot wasps around LED lights attempting to catch the insects near them.

If you spot wasps near the LED lights, it will be because they want to prey on insects. If you have other bugs, it is a given that you will spot wasps too.

Sometimes it can get annoying if you have LED lights for decoration, for instance, and there are wasps nearby. Other bugs can still be acceptable as they may not sting. Hence, you may wish to use methods that repel these wasps.

Are Wasps Attracted to UV Lights?

Wasps are nocturnal, and at night they can be attracted to ultraviolet light. In fact, wasps are attracted to UV lights to such an extent that many insect traps come with them.

Wasps will fly around light and linger there buzzing waiting for food to turn up. There are different kinds of light attracted by wasps, including LED, UV light, porch lights, and traffic lights.