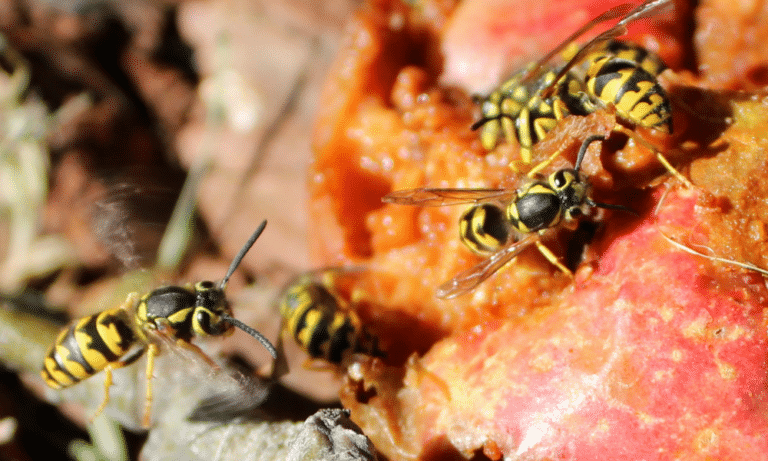 When we think about wasps, we view them in a negative light. Wasps are insects that everyone knows to stay away from, considering how dangerous can be. But these insects do actually bring benefits to the planet. So should we avoid killing them? Are wasps going extinct in fact?

Yes, wasp numbers are declining much like bees. If this decline continues then wasps could go extinct.

We are extremely careful about harming bees. However, it is important to know that we should be displaying the same care when it comes to wasps.

Every living thing has a role to play, and wasp numbers seem to be declining. These insects are important pollinators, and it is bad for the world that they are endangered.

What If Wasps Went Extinct?

Many of us may wonder what the point of wasps is. Most of us seem to hate wasps because they are notorious for stinging you. If you have ever been stung by a wasp, you might be able to relate.

However, little do many know that even the most-hated insects can be beneficial for the ecosystem. Wasps provide plenty of benefits to the world that we are unaware of.

If it were not for wasps, thousands of insects would fly around. Wasps play an essential role in ensuring control of the insect population.

In addition, there would be little pollination if wasps went extinct. While bees take the most credit for pollination, wasps make an important contribution. There are certain plant species that completely depend on wasps for pollination.

Will the World End Without Wasps?

Unfortunately, a world without wasps is quite bleak. It is quite important to understand the importance of wasps.

In addition, most of the insects which wasps like to consume can be found in gardens and farms. While wasps sting humans and can come off as dangerous, they play an important role in the ecosystem, which we should not ignore.

It would be hard to imagine a world without wasps. Not only will we be left to deal with insects without wasps eating most of them, but these insects will be attacking our crops. Therefore, we will have to constantly worry about a lack of food sources if our crops do not survive without wasps.

When it comes to the insect world, most of us know the importance of bees. However, not all of us will say the same about wasps. But you must know that wasps deserve as much credit as bees in helping the world stay afloat.

Unfortunately, wasps are stingers and less beneficial predators and pollinators.

In recent years, people have begun to understand the importance of wasps in the ecosystem. Like bees, wasps contribute a lot to the environment, and it may be time to give them their due credit.

One top reason why wasps are essential to the world is that they are predators to so many insects. Wasps’ role in agriculture becomes amplified as predators. These insects work to control the population of many harmful pests like caterpillars and aphids, which damage crops.

There are many different species of wasps, and they all consume prey in their own way. For instance, the solitary wasp will consume a specific kind of insects, unlike social wasps, which have different prey they like to consume.

There are many uses that can come out of wasps. There is research that illustrates that you can use wasps for pest control which is more sustainable than other methods.

In addition, wasps are also pollinators. It is important in agriculture that pollination takes place, which paves the way for growth. In terms of economic value, wasps contribute in millions.

As aforementioned, plants like orchids solely survive due to pollination by wasps. In addition, there are other benefits humans can get out of wasps. For instance, wasps are known to have antibiotic properties in their venom and saliva.

The yellow jacket wasps have even shown some promise in fighting cancer. There is a long way, but wasps are essential to the world’s workings, and there is so much we can get out from them. Some people also rely on wasps as a food source.

The downside is that people do not consider the importance of wasps and preserving them for the future. Wasps numbers are constantly declining due to factors like loss of habitat and climate change. Hence, one must conserve wasps and ensure that their habitats are not in danger.

We do not know, but one of the most important insects on the planet includes wasps. Unfortunately, these insects have had their reputation tarnished as being dangerous as they sting.

However, wasps contribute positively to the world, being predators of many insects and pollinators. There are many benefits that come out of wasps.

If wasps become extinct, it can pose problems for humans. For starters, there will be an influx of insects which wasps control.

On the other hand, a lack of pollination can result in fewer crops. There are also places in the world where wasps are seen as a food source. Hence, wasps are just as important as bees and should be conserved.