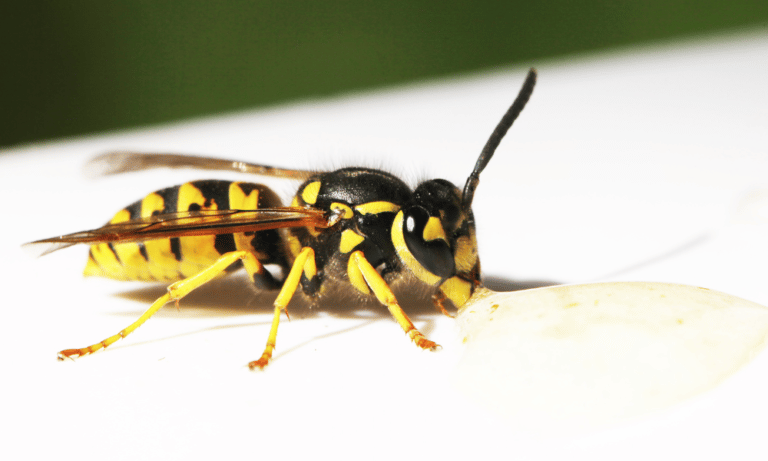 It’s an unusual phenomenon, but wasps seem to love white cars. But, why do wasps like white cars so much? And do they like all cars? And is this all just a bit of an old wive’s tale?

Wasps are pollinating insects that like flowers and nectar, so why are they so attracted to your white car? The reason is that wasps are attracted to specific colours, and white is one of these colours.

Wasps are pollinating insects and are attracted to many white flowers, including hogweed, hemlock, Queen Anne’s lace, pacific angelica, and wild carrot.

So, a logical reason would be that because the car is white, the wasp would be attracted to it similarly as it’s attracted to white flowers.

Sometimes animals get attracted to something very simple. They obsess over certain items that are merely everyday objects, but to them, they’re interesting.

However, sometimes it’s hard to figure out the reason behind their obsession, but often the object an animal obsesses over somehow reminds it of something in the wild.

A wasp similarly loves cars, and several assumptions exist about why a wasp is attracted to a car:

You’ve often seen certain animals on or under your car when the weather is cold because the car’s heat helps them keep warm. The same can be said about wasps, as the car’s heat is probably the main reason there are always so many wasps on your car.

The car’s heat also provides the wasps with the necessary warmth to make an excellent area for making a nest.

You’d notice the wasps precisely around the area near the car’s grills. The car grills make the wasp think that it’s the body heat of a predator, so they often go on the front of a car.

When the car and weather are hot, the items in the car will start to give out smells depending on what’s inside the car.

The smell can be new car paint or any leftovers you forgot to get rid of. The soda can or leftover fries you left in your car can start to smell and bring in many wasps.

The flowery or fruity scent from a car freshener can be another reason for wasps to be attracted to your car.

Anything with a fruity scent will attract wasps because wasps feed on ripe fruit and nectar and are pollinators so they will be attracted to any scents resembling flowers and fruits.

If you’ve parked your car near a wasp’s nest, the wasps will try to hover around it and check if it’s a threat to them and their nest. Wasps make their nests in enclosed areas such as attics, sheds, inside wall cavities, roofs, garages, and other enclosed shady areas.

They prefer places that are secure and have enough shade. If you’ve parked your car in areas like these, the wasps will look at your car up close to ensure it’s not a threat.

If you’ve left any windows open, the wasps will try to get inside your car to investigate further.

Often the wasps that enter the car fail to exit, so they buzz around. They often get tired of constantly trying to escape, so they hide underneath the seats or on the folds of the seat. If you spot a fatigued wasp, open the window and help it go outside.

Wasps are mainly insectivorous and feed on a large variety of insects, such as weevils, aphids, grubs, caterpillars, midges, and many more. Wasps are also scavengers and will feed on the dead if given a chance. Your car can be one of the places where they can find many dead insects and sometimes living ones too.

Several insects can get stuck on your car’s tires or windshield. Any rodent or small animal, due to the result of roadkill, can also get stuck in the tires. Any odor these dead insects or rodents emit will attract wasps to your car.

This usually happens when your car hasn’t been washed for some time. If you want your car not to be a wasp-feeding frenzy, wash it from time to time, so there aren’t any dead insects on it.

Cars are warm enough to be a suitable area for a nest for wasps. The complex chamber under the hood, combined with the heat, will make wasps think that this area is suitable for a nest.

Do you have more questions about wasps and their love of white cars? Then check these out:

There are five colours that wasps are attracted to the most. Colours such as pink, yellow, white, green, and purple are visible to wasps and are most attractive to them. Wasps are trichromatic insects and can easily distinguish between them.

Will Wasps Build Nests in Cars?

Yes, if the car is left stationary for long enough under peak conditions, then there is a risk that a wasp will build a nest in your car!

There are several reasons for wasps to be attracted to your car. If it’s a white car, then they like it solely because they like the colour white.

Other reasons for wasps being attracted to cars can be the car’s heat, odour from any leftovers, dead insects on the tires, or the wasp could think it’s a good place to make a nest. Besides white, wasps also are attracted to pink, green, yellow, and purple colours.