Aphids are often confused with many different species of fly, but can aphids fly themselves? And is this their method of travelling around the garden?

There are some aphids that are born with wings and some which are not. Therefore, some aphids can fly but most aphids will travel by crawling.

Are Aphids Able to Fly?

It may appear as though all aphid species are able to fly, however, many are wingless and do not fly.

Instead, they travel by crawling. Even those that are able to fly are not strong fliers as they are bred to have wings for a particular purpose.

Which Aphids Have Wings?

Winged aphids are often called nymphs, these are the newly hatched aphid young. Many nymphs are bred to hatch quickly and be born with wings. This happens when a plant becomes overpopulated.

The females will produce eggs that hatch and mature in only a few weeks. These select few nymphs that are born with wings will then fly to another plant and lay their own eggs to produce a new colony of aphids.

To put it simply, aphids that are born with wings are all females and they are only laid in the spring months. Their sole purpose is to travel to another plant to start another aphid colony.

When are Winged Aphids Born?

As mentioned, winged aphids are born in the spring. This is because the spring months are when the colony is at its highest population and it is also when flowers are beginning to grow and bloom.

Therefore, spring is the perfect time to produce winged aphids that will form a new colony. Most of the aphid eggs are laid in late autumn and will overwinter. These are the only eggs that are sexually produced as the winged aphids born in the spring are produced asexually, solely by the females.

Do Aphids Keep their Wings?

Aphids that have wings are very weak fliers. Their wings are only required to allow them to travel to a new host plant, they do not use their wings to travel long distances or to escape predators.

In fact, because they have their wings for only one purpose, after inhabiting a new plant they will lose their wings after a few days. Afterwards, they will undergo metamorphosis, which is part of an insect’s life cycle where they become adults.

They are not able to grow their wings back and will remain on this one plant unless they are forced to leave or until more winged nymphs are produced and a new colony is formed.

How Do Aphids Escape their Predators?

Because aphids cannot fly, they do not have the quickest modes of transport to escape incoming predators. However, thanks to evolution there are a couple of handy things that aphids have to allow them to escape predators without any wings.

They usually do not incur damage from this fall and landing in the soil or grass at the base of the plant gives them time to crawl away whilst being hidden.

Ants will protect aphids from predators. This symbiotic relationship has evolved due to the two species heavily relying on each other. The aphids rely on the ants for protection and in return, they allow the ants to milk them.

When ants milk aphids it produces a substance called honeydew that aphids excrete, this substance is very sweet, and it is a favourite food of the ants. The ants will fight off aphid predators so that they can keep their food source.

To summarise, all species of aphids are capable of flight. Winged aphids are only born in the spring and are bred with the single purpose of travelling to a new plant to form a new colony.

They are weak fliers and lose their wings after a few days. As aphids cannot fly away to escape predators, they have developed methods like dropping to the ground to escape and they also get protection from ants who rely on them for food.

How to Get Rid of Woolly Aphids

How to Get Rid of Aphids on Hibiscus 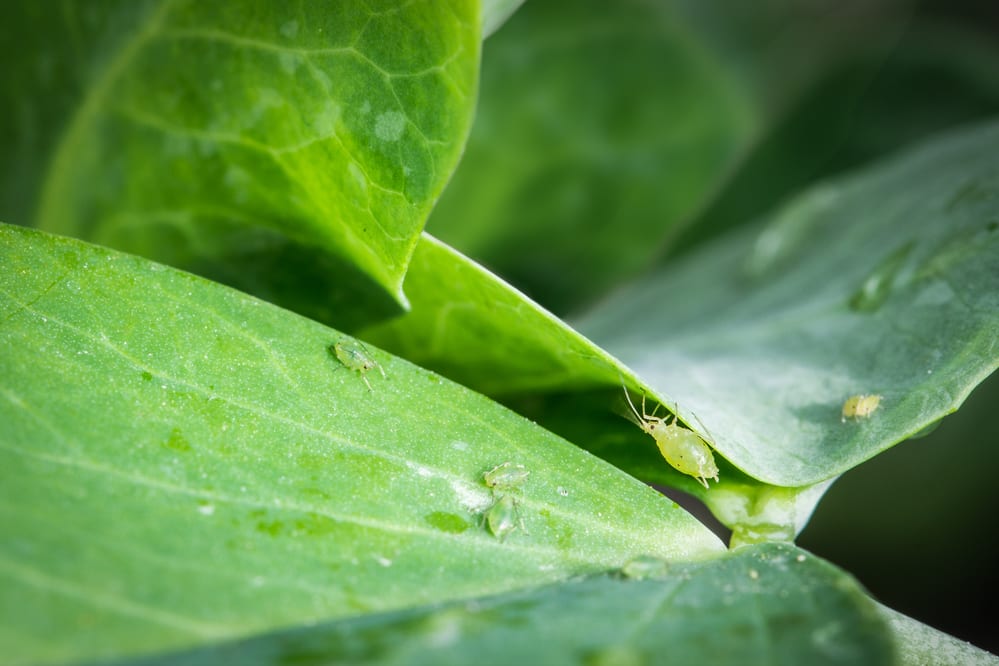 Read More
Aphids live on the plants in your garden, particularly leaves and stems. They are able to travel from…
Read More
AAphids 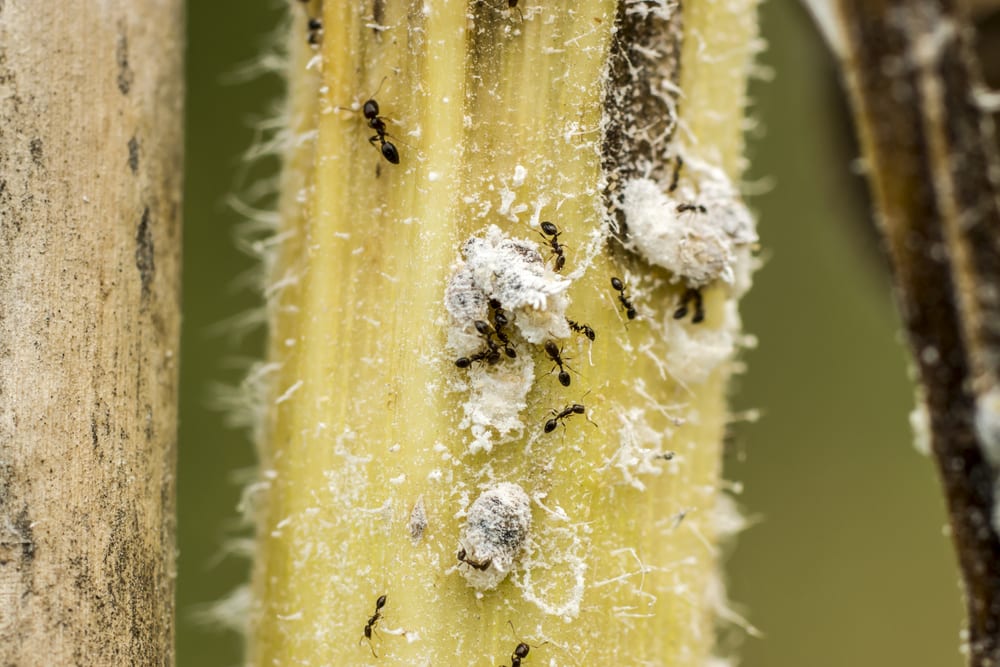