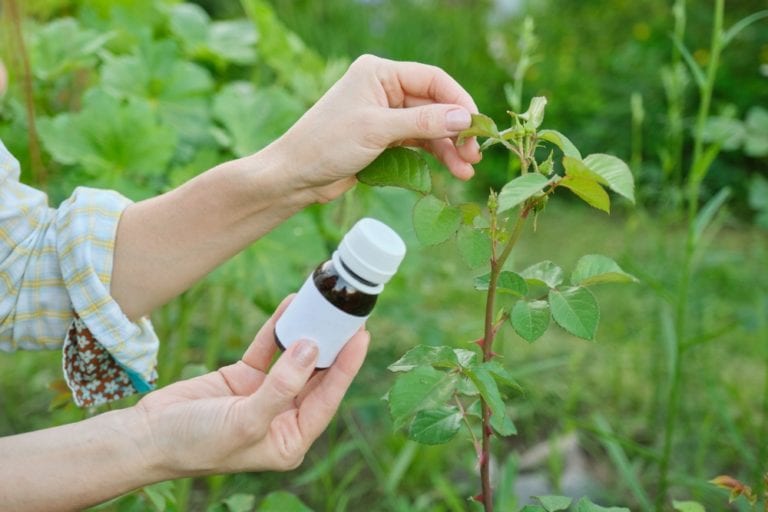 Aphids do not appear to be fans of citrus fruits, but can orange oil actually be strong and harmful enough to kill aphids?

Orange oil can kill aphids and other others in the garden. It contains d-limonene which is an extract from the orange peels which is a nerve toxin that can actually kill insects and aphids in a matter of minutes.

Orange oil contains an ingredient which is officially classified as an insecticide. This means that it can kill aphids as well as other pests. This ingredient is called d-limonene which is an extract from the orange peel. D-limonene is what is called a nerve toxin, meaning that it is highly destructive against nerve tissues and after contact insects are usually killed in a matter of minutes. You can also buy d-limonene extract to make your own insecticide at home.

It is for this reason that orange oil is commonly used to get rid of aphids and is a common component of many homemade insecticides and aphid sprays.

What Other Insects Does Orange Oil Kill?

The insecticide is not only effective against aphids, but it is used to kill other insect populations as well. Some of which are listed below.

There are other insects affected by orange oil and sometimes it can be strong enough to harm beneficial insects so be careful if you are using it and use it sparingly.

Will Orange Oil Get Rid of Aphids?

Orange Oil is a popular choice for gardeners as a solution to their aphid problems.

The most effective way is to use it as a spray and apply it to the affected plants. Make sure to dilute your solution as pure orange oil is very strong and can cause problems for some plants. Add 1 tablespoon of orange oil to 4.5 litres of lukewarm water. Stir the solution together and apply to the plants via a spray bottle.

If you are worried about your measurements or your plants, you can always do a test spray on a singular leaf and check back in a few hours to see if the plant has taken any damage. If there is damage, remove the leaf and avoid using orange oil.

Also, make sure to spray the underside of the leaves when getting rid of aphids as many species lay their eggs there.

If it is diluted correctly then orange oil should not cause your plants any harm, but doing a test is still always a good idea as some plants are more delicate than others.

That being said, orange oil can be bad for some humans and animals so take precautions when using it. Prepare any solutions in a separate room to any pets and keep them away from the area in which you sprayed the solution for several hours. Some people can have a reaction to the oil if it touches their skin. Make sure to wear rubber gloves when making the solution just in case you have a reaction to the oil.

Whilst orange oil kills aphids, oranges and orange peels are not as effective at killing aphids. However, they do work as very good deterrents.

Gather some orange peel and cut it into thin strips. Place the orange peel around the base of the affected plant. The strong smell will make the aphids leave the plant due to their dislike of oranges. As well as this. Placing orange peels around your plants can bring a lot of benefits such as added nutrients to the soil which will help your plant to grow better.

Which Other Oils Kill Aphids?

As well as orange oil, essential oils are often used in a gardener’s fight against pesky aphids. Much like orange oil, you have to dilute these oils into a solution that can be safely sprayed onto a plant. Some oils are more effective than others and the most popular choices are listed below:

All of these oils are known to be effective at getting rid of aphids. They can be diluted with water and soap and you should also do a test spray with any of these oils in case your plant is particularly sensitive to them.

What Other Fruits Do Aphids Dislike?

Oranges are not the only fruits that aphids dislike, but they do like a majority of fruits that they come across. Many species of aphids have been named because they reside on fruit plants and trees. These include the Green Peach Aphid and the Black Cherry Aphid. However, some fruits are known for being notoriously unpopular in the aphid community.

Aphids greatly dislike the smell of bananas and can often be deterred if banana peels are placed around the base of a plant as previously discussed with orange peels.

Aphids are known for their dislike of citrus fruit. This is because of the same reason as to why they dislike oranges. Lemons contain d-limonene which can kill aphids. The smell of lemons is therefore very off-putting and lemon peels will drive most aphids away.

To summarise everything we’ve talked about, orange oil can kill aphids. This is because is contains d-limonene in the peel which is classed as an insecticide.

You can make a diluted orange oil spray to kill aphids on your plants.

Some humans and animals can be irritated by orange oil so be careful when handling it. Aphids also dislike lemons because they also contain d-limonene. They can be driven away from plants by placing orange or lemon peels at the base of the affected plant.