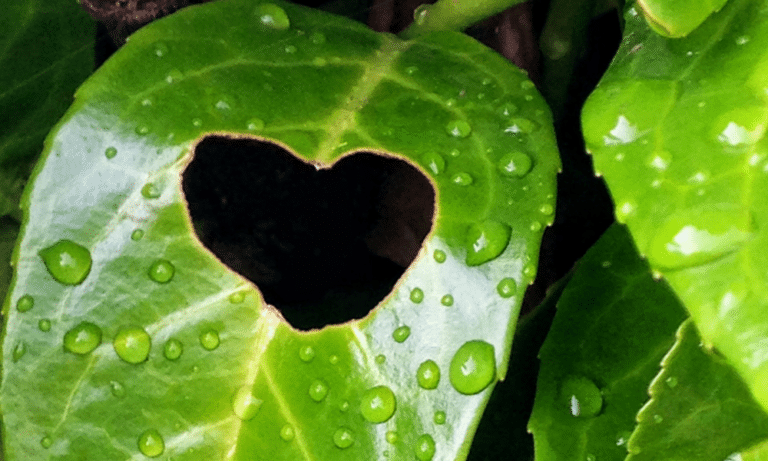 At least one thought always comes to people’s minds whenever they see an insect: “Do insects have hearts?” So let’s take a closer look at the mighty caterpillar and ask, do caterpillars have hearts and blood or not?

Caterpillars do not have hearts like us humans. Caterpillars have a multi-chambered dorsal vessel that is separated by valves called ostia.

The multi-chambered dorsal vessel separated by valves called ostia behaves as a heart to caterpillars. Caterpillars aren’t the only ones who have this ostia. All types of insects have a similar heart and blood pumping system called ostia.

Hemolymph is a substance that acts as blood for caterpillars and other insects. It gathers in the ostia’s chambers. These chambers are contracted by wing-shaped alary muscles, which pump the hemolymph from the rear end of the caterpillar to its heart (ostia).

Another unique thing about a caterpillar’s anatomy is that, unlike other animals that have brains in their heads, caterpillar’s ostia is near its abdomen.

Do Caterpillars Have Blood?

Caterpillars don’t have blood like us, they have a liquid called hemolymph that performs the same functions as our blood, and it is pumped by the wing-shaped alary muscles to flow from the abdomen to the ostia of the caterpillar.

Now, an open circulatory system does not mean that the blood of a caterpillar is everywhere inside it without any arteries or veins containing it. There is a cavity inside the body of a caterpillar that holds in all of its hemolymph. The hemolymph can flow easily through this cavity.

This cavity is called hemocoel. The hemolymph then is filled in the dorsal vessel chambers and is pumped back to the head. When the hemolymph gets to the head, the brain and other organs get proper functionality and are bathed in the nutrient-rich hemolymph.

This process is then repeated, and the hemolymph gets back into the dorsal vessel chambers.

Caterpillar hemolymph is different from blood because blood takes oxygen to our cells, and caterpillars don’t require this. For oxygen to reach their cells and for carbon dioxide to be released, they have a unique system of tubes called trachea.

Nutrients are supplied throughout the body of a caterpillar with the help of hemolymph instead of oxygen.

Hemolymph also carries hemocytes which are immune cells. These are necessary for a fully functioning healthy immune system for the caterpillar.

Do Butterflies Have 2 Hearts?

Like many other insects, Butterflies have a chambered long heart and a brain. The long heart extends throughout the upper part of a butterflies body. Inside the thorax, the subesophageal ganglion is located, which is the central nervous system of the butterfly.

It pumps hemolymph from the abdomen of the butterfly to its head, so all the internal organs are bathed. It’s basically similar to our blood in terms of functions besides appearance.

Do Butterflies Have Lungs?

Lungs are found in almost every living creature to help them breathe and go about their day. Red blood cells carry the oxygen, and our circulatory system’s arteries take the oxygen and supply it throughout the body.

However, none of this happens with butterflies and all other insects. It doesn’t happen because butterflies don’t have lungs.

There are spiracles on certain butterflies on the sides of their bodies. These tiny holes help the butterflies to breathe oxygen and, in a way, are a replacement for lungs.

These holes lead to a system of tubes called the trachea. Through these tiny holes, butterflies get oxygen, and it goes through all over their bodies.

Do Butterfly Wings Have a Heart?

Butterfly wings are composed of a network of living cells. It has a cluster of living cells in its wings, particularly to regulate its wings’ temperature. In this clustered network, there is a heart that can beat several times per minute, so blood flows in controlled intervals.

Like all other insects, caterpillars don’t have a heart. They have a multi-chambered dorsal vessel called ostia that behave as their heart, and hemolymph acts as their blood.

Similarly, butterflies have a unique heart as well. They have a subesophageal ganglion which is their central nervous system and an elongated chambered heart that goes from the thorax and reaches the head. In caterpillars, the heart is near the abdomen.

Butterflies also have living cells in their transparent wings to control their blood flow.