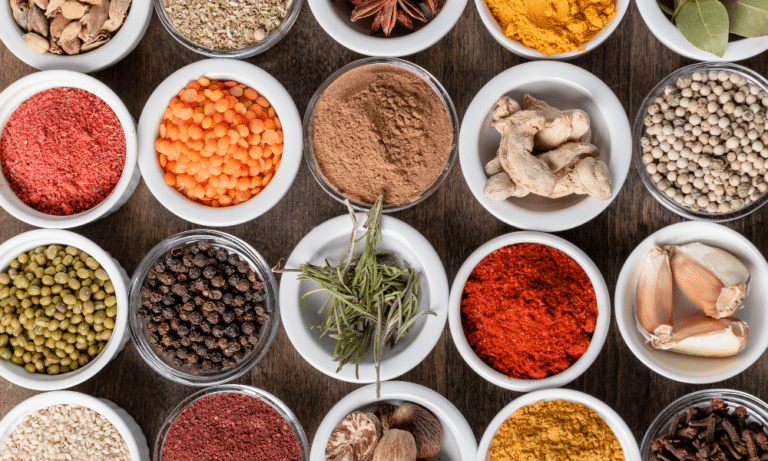 Deterring cats may not come off as easy because you must be careful not to harm them. One safe way to deter cats is to use spices. There are many spices you can choose from. But what spice deters cats effectively?

Many spices deter cats, including pepper, cinnamon and chilli flakes. You just need to sprinkle them on the ground where they often visit.

As you use this method, it is important to remember that all cats are different. Some cats may not have the same reaction to the same spices. Therefore, you must use different spices to deter cats until you find one which works for you.

What is the Most Effective Spice as a Cat Deterrent?

If we were to put a finger on the most effective spice, there is none. Some spices are powerful and have shown promising results but this might not be true for every cat.

Since all cats respond differently to different spices, the most effective one is what works best for you.

There are different spices you can try, like cinnamon, pepper, and chilli flakes. The application of the deterrents also determines how well they work. You can try creating a spray from the spices or sprinkling them in your garden.

There are different kinds available when it comes to using pepper as a cat repellent. One such version of pepper is white pepper.

It doesn’t matter whether you opt for black or white pepper. The cats focus on the scent and not the appearance of the pepper. Therefore it does not matter much which one you use as long as it is strong.

You can use white pepper as a cat repellent in your garden by sprinkling some in the soil or any place cats visit frequently. It is important to be consistent and do multiple applications with sprinkling the pepper as the wind can blow some away.

However, sprinkling pepper may not be a great option if you live in an overall windy area as it will keep flying away. Therefore, you can opt for other methods like creating a mixture and spraying it in your garden.

Speaking of peppers, the most common one found in our homes is black pepper. Black pepper has a powerful smell that irritates cats, and for this reason, they hate it.

The pepper activates the cat’s sinuses and irritates its paws, leading it to avoid your garden.

Black pepper is safe to use on plants and does not cause harm to the leaves; hence, you do not need to worry about that.

Does White Pepper Keep Cats Away?

Yes, white pepper will work in the same way as black pepper. Simply sprinkle white pepper on the ground where cats often visit to deter them.

Simply spray the cayenne pepper mixture on your plants; its scent will be strong enough to keep the cats away.

Remember, you can already find cayenne pepper in spray form, so you do not have to make one yourself.

During and after applying cayenne pepper, you must be careful about putting your hands near your eyes. The pepper is strong and can cause a burning sensation in your eyes or on your face. Hence, wearing gloves during the application process will help avoid that problem.

Is Cinnamon a Good Cat Repellent?

While we may enjoy the warm smell of cinnamon, cats do not. Therefore, cinnamon makes a great cat repellent. As cats have a strong sense of smell, anything powerful throws them off. Therefore, using cinnamon is a good idea.

Most gardeners prefer just sprinkling some cinnamon powder on the soil to deter cats. The cinnamon irritates the cats, ensuring they will not return to your garden.

However, as aforementioned, living in a windy area can put you at a disadvantage because the wind can blow the cinnamon away.

You can also create a cinnamon spray by mixing some in water. What is great about using cinnamon is that it is non-toxic and a safe way to deter cats.

Spices like cayenne pepper are effective but can also cause serious health problems in cats if they ingest them.

What Can You Sprinkle to Keep Cats Away?

You can sprinkle a number of spices on the ground to deter cats. This could include cinnamon, black pepper or paprika.

A way to deter cats is to use spices because of their powerful scent.

However, all cats are different and will not react the same way to one spice. You can use strong spices: black pepper, white pepper, chilli flakes, cayenne pepper, and cinnamon.

There is no one effective spice that you can use to deter cats. The best spice is one that works for you. Therefore, it is a matter of trial and error until you find the best one.

You can either sprinkle the spice in your garden, create a mixture, and spray it on the leaves.