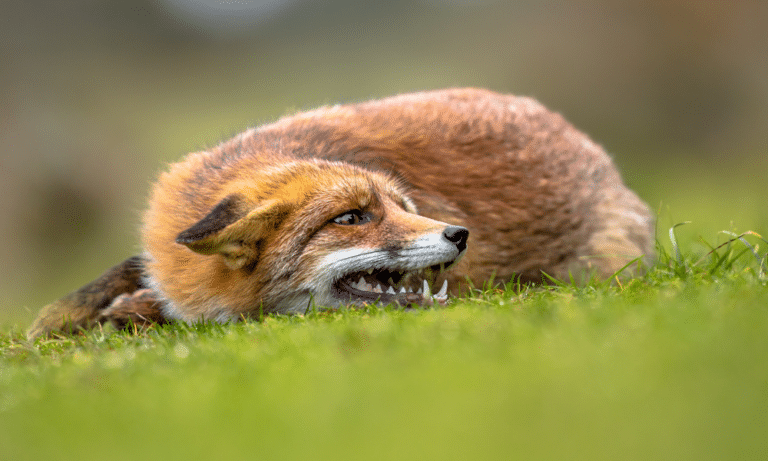 Media, especially kid’s cartoons, portray foxes as very cunning, sly and dangerous vermin that can damage property and be hostile, but how much of this is actually true? Foxes being sly and cunning animals is true; however, are they really a threat to your yard and property? Are foxes vermin truly?

Yes, foxes are sometimes called vermin, but they’re not legally classified as vermin by the Environment, Food, and Rural Affairs department.

Foxes are not vicious or dangerous, and their hostility is only shown if they’re threatened, captured, or injured. Foxes are shy animals that like to stay away from humans, and you’d only see one in your yard if it’s in dire need of food or its habitat has been lost.

Foxes sometimes end up in chicken coops and steal eggs or are seen salvaging trash cans, and that is basically why foxes are sometimes considered vermin. Though, the reason for this behaviour is only when there are no other food options for the fox.

Can You Kill a Fox Legally?

If you have to kill a fox for pest control reasons, suppose a fox has continuously been stealing eggs from your chicken coop and even harming the chickens, then that fox can be killed legally as it’s considered a pest.

If a fox is a consistent danger to your pets or children in your yard, only then is it legal to kill a fox (but make sure you verify this with your local authority first).

Hunting a fox as a sport with dogs is illegal, and so is killing it with poison. Dogs can certainly be used to track the fox, but you’re not allowed to send them to attack it. Simply shooting the fox or calling pest control services to remove it is also acceptable.

If you accidentally run over a fox while driving, then it’s also legal because you didn’t know a fox was there.

If it is any other animal, then release it. If it’s a fox or any other pest, then you can humanely kill it.

Using self-lock snares, poison, dogs, baits, explosives, and destroying the fox’s den are illegal ways to kill a fox and are prohibited. Though it is recommended to simply capture and relocate the fox that is bothering you instead of killing it as a fox’s population, especially the red fox, is in decline and has greatly decreased in numbers.

Legal Or Not… It’s Not Moral!
Different states and countries will have different laws around the legality of killing foxes which you MUST check before attempting to do so. But, you also need to question whether killing a fox is moral in the first place.

Foxes are pests as they greatly harm livestock such as goats, poultry and, hurt their young and steal eggs from chicken coops. They’re a danger to biodiversity because they’re such territorial hunters (it’s why they’ll often be heard screaming) that they’ll eat almost everything in order to survive.

They hunt more than they can eat to store it for later use. This behaviour of foxes has led to certain species of rodents and birds becoming close to extinction. Foxes also carry several concerning diseases like rabies, mange, and parvovirus that can be harmful to you and your children.

A fox that is injured or has rabies or mange will be hostile and may attack you, your pets, and your children, so always maintain a safe distance from a sick or injured fox.

The hunting behaviour of foxes is called surplus killing behaviour and is a threat to many species of birds, and smaller rodents as the fox may kill a bunch of them to simply eat them at a later date.

Why are Foxes Bad?

As mentioned earlier, foxes are pests meaning they are bad if you have livestock as they sneak into chicken coops to steal eggs or may harm the chickens. If you have goats, they can take any baby goat with them to eat.

Foxes are highly adaptable animals as eggs, chickens, and baby goats aren’t the only things they can eat. If you have a rabbit shed or hutch, then they’ll smell them and will get in the hutch or shed one way or the other to eat the bunnies.

If you have a garden, a fox may try to eat the edible plants or any fruit or vegetable plants as well, so not even your garden is safe from foxes.

Foxes also love leftovers, so they’ll be around your trash can a lot. They’ll try to salvage it for anything that is edible for them to eat. Leftover food, pet food like cat or dog food, insects, anything is a meal for foxes. If a pet comes across a fox, a big dog will have no issue scaring the fox away, but tiny dogs or cats will cause a fight to happen.

Why are Foxes Good?

No matter how much a wild fox can be a great nuisance and cause a lot of commotion, foxes can be good too. A fox, for example, can be tamed and domesticated, and some people keep them as pets.

They’re very cute animals, with slender faces, fluffy exteriors, and bushy tails. They can make as good pets as they behave and act like cats but are related to dogs. Of course, the act of domesticating a fox is controversial in itself.

Foxes prey on insects, rodents, and other pests. If you have a rat infestation, having a fox around is actually beneficial as foxes have a surplus killing method, and they’ll kill most of the rats even if they can eat only a few.

Foxes, though, are not vermin legally. They are definitely pests as they can cause a lot of chaos in your yard if they find out if you have livestock and food. Killing them is legal, but only if the method is humane.

Though foxes aren’t always bad, they can be a good way to eradicate other pests.