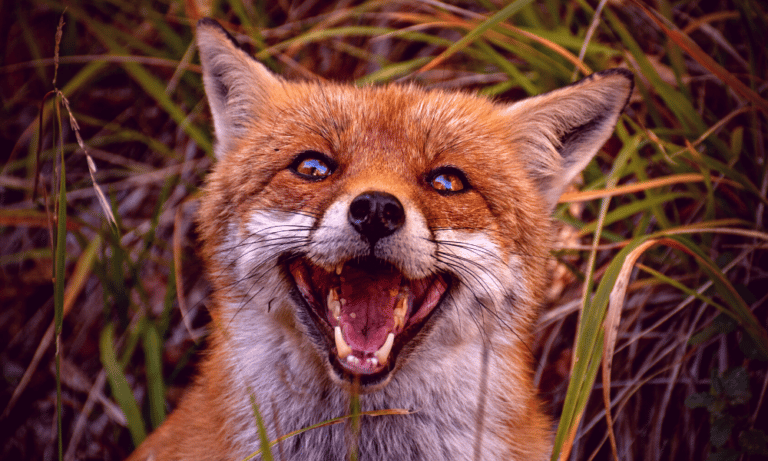 If you’ve ever heard an unusual and distressing noise at 3am, then it’s probably going to be a fox. As much as it sounds like a dinosaur screeching, it’s simply a weird habit of foxes to scream, especially at night. So, why do foxes scream?

Foxes will scream to defend their territory so any other predators and foxes would back off from their turf. Screaming is also a way to communicate between foxes.

It’s mostly foxes whenever you hear a high-pitched scream from the woods or very close to your house, making you want to hide under your bed. Luckily, it’s not a monster. It’s just foxes.

The red fox is especially known to scream all year round, and females and males love each other’s screams at night. Screaming isn’t the only sound they produce. They can make around twelve variations of noises such as howling, barking, and squealing.

Foxes scream to declare territory and warn any near predator or other foxes to stay away from their area. Screaming is also for communication, and foxes will howl and screech to call other foxes or use the noise to find a mate.

Are Foxes in Pain When They Scream?

No, the usual screaming sound that a fox makes is not due to distress or pain (even though it does sound like that) but it is a sound they make to ward off potential predators and threats.

A fox’s scream is a high-pitched yet husky shriek. Each scream tends to last for 3 to 5 seconds but they will scream multiple times in one outburst.

Why Do Foxes Scream When They Mate?

Foxes also tend to scream at the time of mating or when they’re trying to mate. They scream to attract mates. So, whenever you hear a scream during winter, as that’s the time when the mating season starts, you’re probably hearing a fox trying to mate or looking for a mate.

Noises can travel way further when there isn’t vegetation in the way to buffer sound meaning that you can hear a fox screaming from afar, especially in urban areas.

Do Foxes Scream in the Daytime Too?

Foxes are nocturnal, although some of them can be crepuscular. Being nocturnal means that they’re active only during nighttime and will pass their time during the day sleeping. Being crepuscular means that they can be active during dawn or dusk as well.

Due to these reasons, you’ll only hear a terrifying scream of a fox during nighttime or dusk.

Sometimes when foxes are hungry and they haven’t had anything to eat during their active hours, they might stay up late enough to be seen during the day, and that is when you can hear a fox scream as well but this is rarer.

What Other Noises Do Foxes Make?

Foxes don’t only produce bone-chilling screaming sounds at night, but they can make 12 other varying sounds, and a bunch of them are very similar to a dog’s sounds. Foxes are canines, after all.

They can howl, squeal and bark like dogs. Foxes can make a wow-wow sound like that of a dog and use it to call other nearby foxes or identify position and location.

The howling and barking sounds of a fox are very similar to that of a small dog, so you can easily be confused and mistake a fox for a dog as their sounds are almost identical. The fox just has more sounds it can make.

Foxes also growl, their growl is a little throaty, and the males use this sound to warn other foxes to back off from their territorial area and turf.

Once the female fox is ready to mate and breed, it’s normal for both the male and female fox to scream when they’re together.

Once the mother fox has her cubs, the mother fox and the male fox use loud short screams to warn other foxes to stay away and that this area belongs to them.

In conclusion, foxes make unusual, odd, and bone-chilling screams at night when they’re most active. Foxes make these haunting screams due to several reasons. Foxes scream at night to ward off other foxes and other nearby predators to declare their territory and warn others to back off from their turf.

A male and female fox may scream during mating and when they’re finding their respective mates. Foxes also communicate with screams with other foxes to notify others about their position and location.