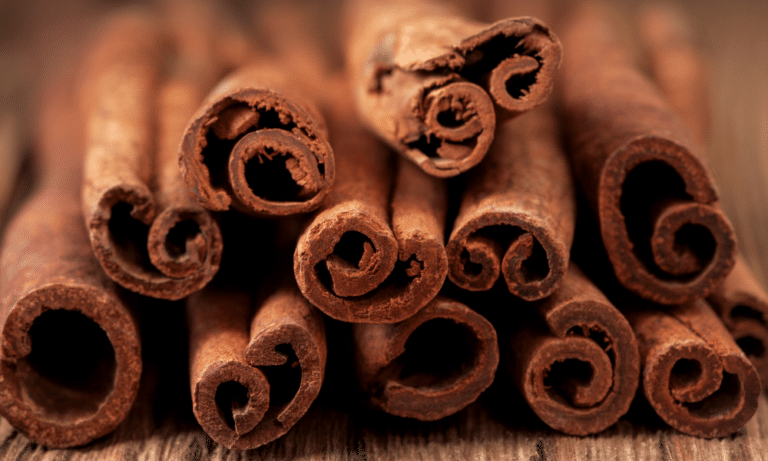 Thrips are extremely active insects that can be found in large numbers in gardens. It is concerning as a gardener when you have a thrip infestation, as the damage can quickly get out of control if not contained. What’s a quick and easy way to kill them? Does cinnamon kill thrips, for example?

Yes, cinnamon can kill thrips. You can use both ground cinnamon as well as a cinnamon essential oil to deter thrips.

When we think about pesticides, we consider the chemical damage they could cause as well as the high cost. However, by using cinnamon, you do not have to worry about the damage the spice can cause, as it is a natural ingredient.

Cinnamon is inexpensive if we compare the cost to insecticides, and it is found in the kitchen, too, so availability is not a problem.

How Does Cinnamon Get Rid of Thrips?

Insects like thrips do not like cinnamon because of its strong smell. If you use cinnamon in any spot in your garden, the insects will detect the smell from far away and avoid that area.

Apart from getting rid of thrips, cinnamon works to keep other pests such as cats, rabbits, and squirrels away too. It would help to spray the cinnamon powder on the soil and among the plants to avoid the area. You can either sprinkle the ground cinnamon or make a spray.

Can You Put Cinnamon on Plants?

It can be concerning to use a new spice on your plants, as there is easily a lot that can go wrong. However, you can freely use cinnamon on your plants as it is non-toxic and will not cause much harm to them.

In fact, along with getting rid of thrips, cinnamon will also benefit the plants. Any new seedlings sprouting in your garden can be protected against diseases by sprinkling cinnamon powder on the soil where they have been planted.

Sometimes, fungus gnats develop near the plants, and cinnamon can help counter that.

Cinnamon can also help treat any plants wounded by the grass cutter in your garden. You can get rid of thrips and heal your plants at the same time. You can use cinnamon powder on the plant in areas where it is damaged to prevent the building up of fungus.

You can use cinnamon powder in your garden by sprinkling it on the soil under the plants you wish to protect. You can also apply the cinnamon powder on plant leaves without worrying about any side effects such as burning.

However, it would help if you were careful about the rain and wind as they can cause the cinnamon powder to wash away. You will need to be consistent with using cinnamon powder.

Cinnamon is not just available in powdered form. One of the ways you can use cinnamon is by applying the cinnamon essential oil to kill thrips.

Cinnamon essential oil can kill thrips, and it is safe to use in gardens. Moreover, this essential oil provides greater benefits to the garden by getting rid of any fungus or growing mold. The cinnamon oil keeps other insects away, such as aphids and ants.

Dilute First
Before using the cinnamon essential oil, you must dilute it in water to release its strong smell whilst ensuring it is not too concentrated which can cause damage to plants.

There are a few steps you must remember to follow when using cinnamon essential oil to keep thrips away:

You may not find it feasible to make a DIY repellant using cinnamon or the cinnamon essential oil. Many people wish to find the easy way out and use cinnamon sticks in their garden to kill insects like thrips.

However, using cinnamon sticks in your garden, although being easy, is not as effective as using cinnamon essential oil or ground cinnamon. Moreover, this method is not as cheap as the other.

However, if you still wish to use cinnamon sticks in your garden, you can break them into smaller pieces to spread them around and cover a larger surface area.

A thrip infestation can be concerning for gardeners as it can cause a lot of damage to plants. While using chemical pesticides is an option, gardeners gravitate towards using natural ways to fight thrips. One of the ways they can do so is by using cinnamon. Thrips hate the smell of cinnamon, but they also kill them, protecting your plants from serious damage.

You can use cinnamon in your garden, either powdered or in essential oil form. You can sprinkle the cinnamon powder in the soil underneath plants that you wish to protect. Many people are concerned about cinnamon causing damage to plants; however, it is non-toxic and safe to use around plants.

While cinnamon sticks may not be as effective, you can use them by breaking them up into smaller pieces and spreading them in your garden.