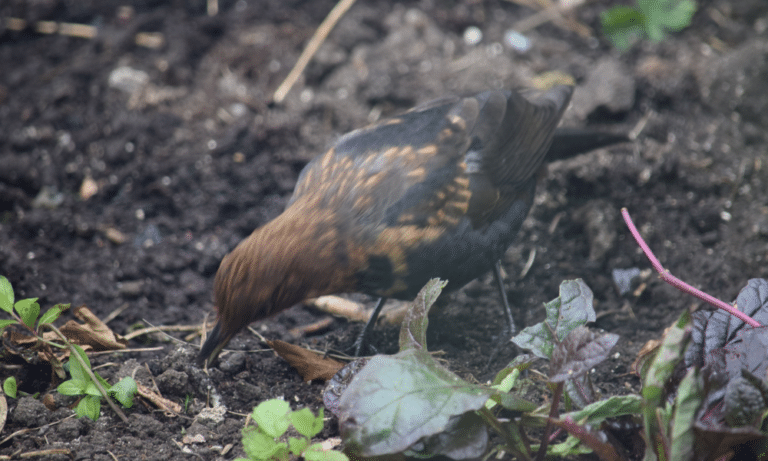 One of the best ways you can deal with any pest in the garden is to attract predators. By encouraging them to your garden, they’ll deal with the problem for you. So, do birds eat wasps? And are birds a predator to wasps?

Yes, birds do eat wasps. In fact, one of the best ways you can deter wasps is to introduce birds.

There are many birds that consume wasps on a regular basis. Most people have observed these birds consuming wasps and other harmful garden pests.

One of the best ways you can keep wasps away from gardens is to attract some birds. We have mentioned some of the birds that eat wasps in this article and how you can encourage them in your fight against wasps:

What Kinds of Bird Eat Wasps?

If you are tired of avoiding wasp stings all the time, it will help if you introduce some birds in your garden. What is great about this method is that birds will tackle the wasp problem and consume other harmful pests.

In addition, you will also be doing your part in helping the environment by avoiding harmful chemicals.

Here are some birds which love to consume wasps:

One of the birds which feed on wasps and other insects is the blue jay. This bird belongs to the same family as crows, jays, and ravens.

You can spot blue jays in residential areas as well as in forested places. You can tell that a bird is a blue jay by the dark blue band on its neck and wings. It’s quite iconic!

These birds can be aggressive when challenged by other birds. Blue Jays are quite wary of their territory and do not like other birds. While blue jays predominantly feed on plants and nuts, a part of their diet consists of eating insects, including wasps.

Magpies are scavengers that consume a number of insects such as butterflies, flies, caterpillars and beetles. These birds contribute to gardens by consuming insects which may be harmful.

These birds will feed on wasps and bees as they forage for food in trees. This goes to show that they won’t just eat up nuisance insects but will go after beneficial pollinators too.

It can be surprising to know that sparrows like to eat wasps because they are so petite. These birds are quite common, and you can spot them in forests, meadows and gardens. Sparrows follow a varied diet including many insects, including wasps.

Sparrows like to hunt wasps by following them until they land and then grabbing them quickly. Sparrows do not use their wings or talons to catch wasps.

These birds can be found in parks and gardens. Bluebirds like to catch wasps and eat them when they are in their territory. In addition, these birds like to eat other insects like caterpillars, spiders, flies and beetles.

Bluebirds survive on insects and other foods like cherries, blackberries, and nectar from flowers.

People would not expect kingbirds to consume wasps as they are found around flowers searching for food. However, while foraging for food, kingbirds are known to consume insects like wasps.

Kingbirds will eat the wasps hovering near the flowers by grabbing them with their beaks. Wasps provide ample protein to kingbirds which they need for survival.

The woodpecker is one bird you will benefit a lot from having in your garden. Woodpeckers love feeding on wasps, and they constitute to being a large part of their diet.

While woodpeckers consume other insects, they do not eat them as much as wasps. Woodpeckers also have the necessary features which aid them in consuming insects. These insects are able to swoop wasps and larvae from tree barks with their long tongues.

Other than wasps, woodpeckers are beneficial because they feed on the larvae of other insects like beetles, spiders and ants.

Catbirds are known to consume wasps. Like woodpeckers, these birds also have a tongue that lets them consume insects like wasps. In addition, catbirds also eat nectar from flowers and other insects.

Insects like wasps provide catbirds with protein which enables them to survive for a long time. Catbirds consume the insects when they are around flowers or tree branches searching for food.

Warblers are small birds that like to prey on wasps. These birds catch wasps and honeybees on their wings. Warblers also capture insects by using their beaks. In addition to insects, warblers will consume fruits.

Do Birds Help Keep Wasps Away?

One of the ways you can tackle wasps is through birds. Birds like to feed on insects like wasps for protein, enabling them to live a healthy life.

Birds consume adult wasps and their larvae. By introducing birds in your garden, you will be putting a stop to any wasp offspring. You will effectively control the wasp population in your garden.

Birds have feathers that protect them from wasp stings.

One of the ways you can tackle the wasp problem in your garden is through birds. Wasps have quite the reputation for stinging people and becoming aggressive.

One of the best ways you can use to tackle wasps is by attracting predators like birds. Moreover, you will also do your part in keeping the environment safe from harmful chemicals.

There are a variety of birds that feed on wasps. Birds either use their beak or wings to catch the insect. Some birds which prey on wasps include blue jays, magpies, woodpeckers and sparrows. Y