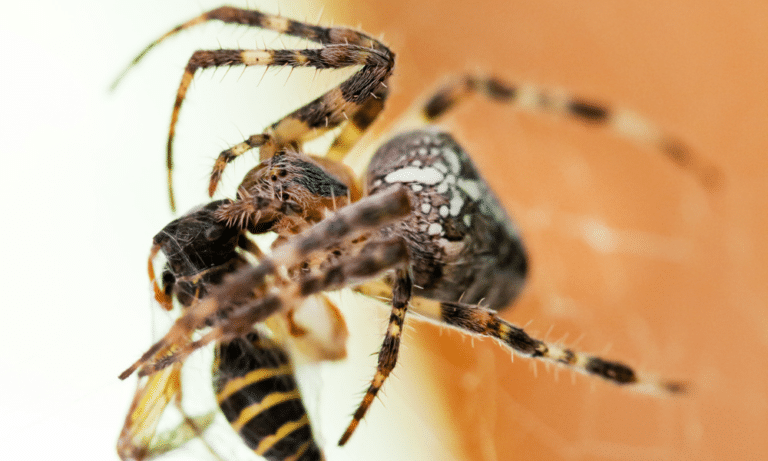 Although wasps might seem like a threatening insect in the garden, they do have predators. So, do spiders eat wasps? And do wasps attack spiders?

Yes, spiders do eat wasps. Confusingly, wasps will also attack and eat spiders. But it depends on the type of spider and wasps.

Since most spiders catch prey in their webs, wasps are likely to become trapped. As a result, spiders will eat whichever wasp gets caught in the web. However, spiders can also fall prey to wasps. Some wasps only consume spiders so they can feed their larvae.

Are Spiders and Wasps Enemies?

As aforementioned, wasps and spiders prey on each other interchangeably. Therefore, these insects are not exactly best friends in the garden community. Spiders that lay their webs will eat the wasps that get stuck in them.

On the other hand, one of the enemies of spiders is wasps, specifically the spider wasp. As the name suggests, this wasp attacks spiders by stinging them. As a result, the spider is paralysed, and the wasp lays an egg inside the spider. The larvae will eat the paralyzed spider from the inside when the egg hatcher.

Who does more damage to the other depends on the kind of spider or wasp. For instance, a tarantula hawk spider is quite dangerous and would win against an average wasp. It all depends on the species involved, as you can imagine.

Can a Wasp Kill a Spider?

There are different species of wasps, each with its own characteristics. One of the wasps which kill spiders is called spider wasps. It can be intimidating to see these wasps in your garden. Another name for spider wasps is a hornet.

Spider wasps have their name as the females feed on spiders. The female species of these wasps will catch a spider and then paralyse it.

Next, the wasp takes the spider to its nest and lays eggs inside it. When the eggs hatch, the larvae eat the spider from the inside. Therefore, in addition to seeing wasps on flowers, you will also spot them killing a spider.

This is why answering whether spiders eat wasps is not simple because it really does depends on the type of spider and the type of wasp.

Can Spider Wasps Be Harmful?

As aforementioned, one wasp that feeds specifically on spiders is called spider wasps. Having spider wasps in your garden can be beneficial because they do not harm your plants.

Moreover, spider wasps also feed on other insects. In addition, many people worry about having colonies of wasps, but spider wasps are solitary. Therefore, there will be no swarms of wasps around your garden.

One of the reasons spider wasps, or any wasps for that matter, is that they sting. When it comes to pain, spider wasps sting badly. Usually, spider wasps will not harm you, but there have been cases where they have been known to sting people.

For this reason, many people wish to control the wasp population. Whichever way you adopt, whether it is avoiding leaving food out or not having a compost pile, you should try not to use chemicals.

Pesticides will kill wasps, but along with them, they will also harm other beneficial insects. You are at the risk of eliminating wasps and other insects which are pollinators and could benefit your garden greatly.

Moreover, it is always possible to avoid getting stung by wasps. We know that wasps can be intimidating, but they will not attack you if you keep calm. Wasps feel threatened by frantic behaviour and therefore proceed to sting.

It is important to ignore and move ahead if you come across wasps or a wasp nest. Let the wasps do their job, and you will notice the benefits over time.

Wasps are known to be of value to gardeners because they eat all the pests which are bad for crops. Therefore, gardeners always encourage having wasps. One of the insects which wasps feed on is spiders. However, sometimes wasps can also fall prey to spiders.

Spiders and wasps can compete when hunting for food. As a result, one or the other can win the fight, depending on the species.

Wasps, in particular, spider wasps feed, especially on spiders. The female wasp will paralyze the spider and lay its gets inside her. When the eggs hatch, the larvae eat the spider from the inside. Many people have second thoughts about having wasps as they sting.

However, if you remain calm and do not make frantic movements, it will not cause the wasp to react.