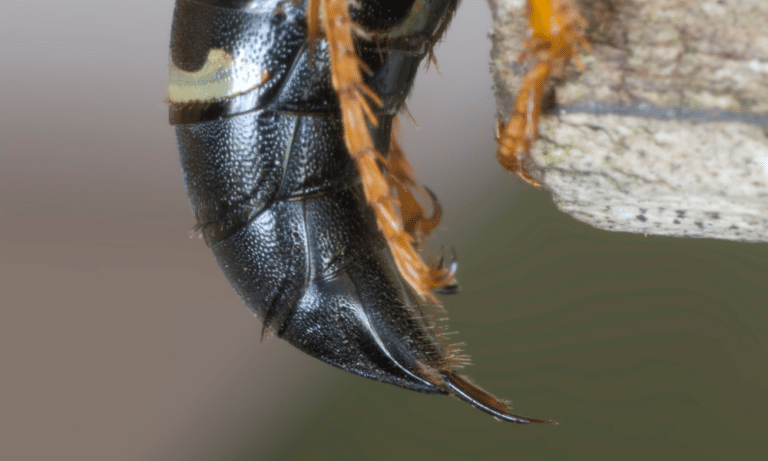 It’s a well-known fact that bees die once they have stung you. But is this the case for wasps? Do wasps die after stinging you or do they fly off?

No, wasps do not die after they sting you. In fact, a wasp can sting you multiple times consecutively.

Wasps and bees appear to be similar insects, so people believe they also share the same characteristics. However, despite the same appearance, wasps are quite different from bees.

What Happens to a Wasp When it Stings You?

It can be easy to confuse a wasp for a bee. However, unlike bees, wasps can sting a person over and over again.

Bees will die after stinging because they have barbed stingers. As they try to retract the stinger from their victim, it actually rips out from their body, killing them in the process – gruesome, right?

However, this is not the case for a wasp. When a wasp stings you, the stinger will remain attached, and it remains in the body for as long as possible until the wasp is alive.

How Many Times Can a Wasp Sting You?

Wasps will sting if they feel threatened or are in danger. Hence, any frantic movements you make can cause wasps to sting you.

When it comes to bees, you know they will only sting once as the stinger is left in the skin, and they die. However, a wasp sting remains in the same place and causes no problem. Therefore, it is certainly possible that a wasp can sting you more than once.

Why Do Wasps Sting?

A wasp would never sting you for no reason. But, if you have swatted at a wasp or mess with its nest, you are likely to face repercussions in the form of stings.

A wasp’s sting has venom, which can cause irritation and swelling. Wasps will sting humans if they are in danger or feel threatened.

There are two likely reasons why wasps make an attack you. One of the major reasons is that wasps are protective about their nests. These insects will do anything in their power to protect their nest.

It’s also quite interesting to learn that female wasps sting while males do not. If you mess with a nest, you will be attacked by a swarm of female wasps. In addition, wasps also release pheromones which call other wasps, indicating that there is danger.

Another reason why wasps will sting you is if you annoy them. When you swat at wasps, make frantic motions, or spray them with pesticides, they will attack you.

Sometimes you may spot a wasp and attempt to attack it. This is a bad idea because wasps will see you as an immediate threat.

How To Avoid Getting Stung by Wasps

Looking at wasps can cause us to become worried. Wasps can sting badly, but there are some ways you can avoid the pain.

It is best to leave a wasps’ nest alone. It can seem like a good idea to approach the nest, but you will end up disturbing the wasps. Wasps are protective about their nests and will not be happy to see you there. Wasps will attack you to protect the nest.

Next, when you spot wasps, it would help if you did not make frantic movements. It is common for people to go through the pain of getting stung by a wasp simply because they panic.

Another reason people get stung by wasps is that they attack them to defend themselves. But, if you throw things at the wasp and use household objects for self-defence, you will get stung. If you attack wasps in such a manner, they release pheromones, and soon you will get chased by an entire swarm.

Wasps are quite similar to bees in terms of appearance. However, both insects are still quite different. Many people believe that wasps die after stinging you much like bees do.

But bees have a barbed stinger and it kills the bee in the stinging process. On the other hand, the wasp’s stinger remains intact, which is why it survives after stinging you. Hence, wasps can sting you more than once.