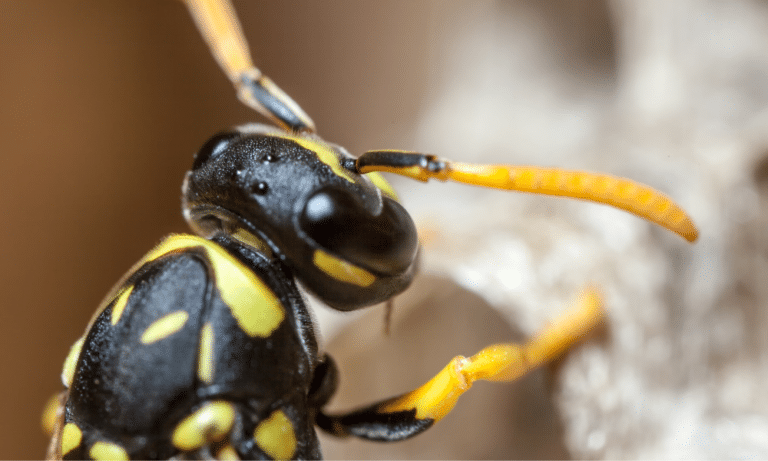 Are wasps like other insects you find in the garden? Do wasps have a queen or do they just get on with their job without a boss?

Yes, wasps do have a queen like many other insects such as bees and ants.

The wasp queen will be bigger and is essentially the leader of the colony. One of the important roles the wasp queen has is to lay eggs.

As soon as hibernation ends, the wasp queen will lay eggs and ensure that the process of constructing the nest begins. The queen wasp begins the entire colony and is responsible for getting the worker wasps to maintain and protect the nest.

What Happens When You Kill the Wasp Queen?

It is a common thought that you should kill the wasp queen if you want to destroy a colony.

While this holds true, it is not always the case. For instance, there can be more than one queen, and the nest can sustain itself on its own for a short period of time.

The second strongest wasp will take its place when you kill the wasp queen. Wasps give the rank of the queen to the strongest.

If you do plan on killing the queen, you need to do it at the right time. The wasp queen will begin constructing her nest when spring ends. It will help you destroy the colony if you kill the queen during this stage.

It is not a great time to kill the wasp during the summertime as the colony will continue to live. By the time summer arrives, the colony is already thriving. So you will gain nothing from killing the queen wasp.

How Do You Tell If a Wasp is a Queen?

The first thing you need to know is the size of the wasp queen. Wasp queens are the largest among other wasps. These wasps can be blue, red, brown or yellow.

Queen wasps have no other job than to lay eggs and expand the colony. Female wasps and queens have stingers which they use to protect the nest.

What Does the Wasp Queen Do?

The wasp queen is responsible for beginning the nest after hibernation. The queen will form some parts of the nest to begin the colony. She will lay eggs in the nest from which female workers come in a few weeks.

During the entire course of summer, the queen makes more and more worker wasps and expands the colony. By the time summer is about to end, the eggs hatch alongside the new queens.

These queens fly to search for food so they can store energy and mate with drone wasps. After mating, the drones die with the previous queen and any worker wasps.

Where to Find the Wasp Queen

When summer ends, the new queens will leave the nest to mate with the drones.

Why Do Wasps Kill Their Queen?

Sometimes, the worker wasps can kill their queen even though they are the offspring. Turns out it is common for wasps and other insects to kill the queens.

Often the worker wasps will kill the queen if they find that the nest is overcrowded. However, if the offsprings in one nest are from multiple queens, they might kill other queens to protect their wasp queen.

Many insects like ants and bees have a leader of the pack, which is their queen. Similarly, wasps also have a queen responsible for the whole colony. The wasp queen is bigger in size than the rest, and you can spot it in your garden during the beginning of spring and the end of summer.

It is natural to think that the wasp colony will die if they have no queen. However, this is not always the case. The next strongest wasp can take over the queen when it dies.

It is a good idea to kill the queen wasp when it lays eggs at the beginning of spring. There will be no colony if there is no queen around to feed the larvae. Similarly, you can also kill the wasp queen at the end of spring, when the queens are going into hibernation.