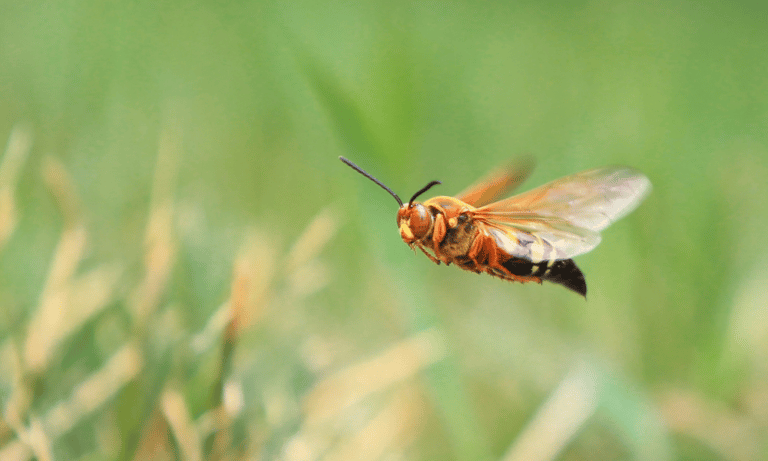 Many social insects that have colonies also have scouts that are tasked with finding food and shelter. Ants and bees each have a queen and have certain colony members look after them. We know there are bee and ant scouts, but do wasps also have scouts?

All colony-living insects such as bees, ants, and wasps have workers to do specific tasks involving caring for the queen, larvae, and their nest.

There are two types of wasp; social and solitary.

Social wasps include all the common wasps like yellowjackets, paper wasps, and hornets. These wasps live in colonies with a queen and several workers or scouts.

In early summer and spring, the scout wasps forage for food to feed the newly born wasp larvae.

When summer ends, some of the eggs develop into fertile males known as drones and fertile female wasps, which will be the future and backup queens.

Fertile females often take the place of their existing queen if the current queen gets killed or naturally dies.

A typical wasp colony keeps growing and expanding and may have a couple of hundred to thousands of workers or scouts.

What Do Wasp Scouts Do?

Wasp scouts have many tasks for their colony and nest. One of their main jobs is to forage food and hunt.

Adult wasps mainly rely on fruits, plants, and nectar for sustenance, and anything they kill is to feed their larvae because wasp larvae require lots of protein to grow.

There are varying species of wasps, and several of them are insectivorous and will hunt to eat as well, but most of them rely on fruit but hunt, capture, and chop up insects, so it’s edible for their young larvae.

Adult wasps, when hunting, target all kinds of insects, but most of them are garden pests such as caterpillars, aphids, midges, flies, and ants, so, in a way, the adult worker wasps help people with natural pest control.

That’s right! Wasps can be beneficial to your garden.

Worker wasps feed on nectar and fruit, so they accidentally pollinate flowers by moving from one flower to another carrying pollen. This is another way their job is beneficial to the environment.

Worker wasps cannot survive the cold and die when winters come. Only the wasp queen survives the harsh winters by hibernating.

When winter arrives, workers or scout wasps don’t have anything to forage as the food becomes scarce. The worker wasps start dying off in late autumn while the females hibernate.

Worker or scout wasps are not only crucial for a wasp colony and its nest, but they’re also beneficial for a healthy ecosystem and environment.

One of their most important duties is to find food for the larvae and queen. Without worker wasps, the larvae wouldn’t receive sufficient protein to grow big and strong, and the queen and larvae could both starve.

Worker wasps foraging for food benefits the ecosystem’s health because the insects that a worker wasp kills to feed their larvae are harmful pests.

With no worker wasps, a wasp’s nest would stop growing and expanding, and there’ll be no one to look after their larvae and no one to bring the colony food and supplies.

Do you have more questions about wasps and how they have scouts? These FAQs might be of interest:

Wasps scouts (or workers) look just like any other wasp. It is hard to determine which wasp is a scout. However, if you see a wasp out of the nest and in your garden, it is probably a scout.

How Do You Spot a Wasp Scout?

Any wasp that is outside the nest and foraging for food in your garden is probably a wasp scout or worker wasp.

Wasps are social insects that live in colonies occupying a hundred or thousand members. Wasps can be solitary or social, but most of the common wasps are social wasps, such as paper wasps and yellow jackets.

Worker wasps or scout wasps are the most essential part of a wasp nest as they’re the ones who look after the young larvae; they forage for food to feed the larvae, take care of the queen, and build and expand the size of the nest.