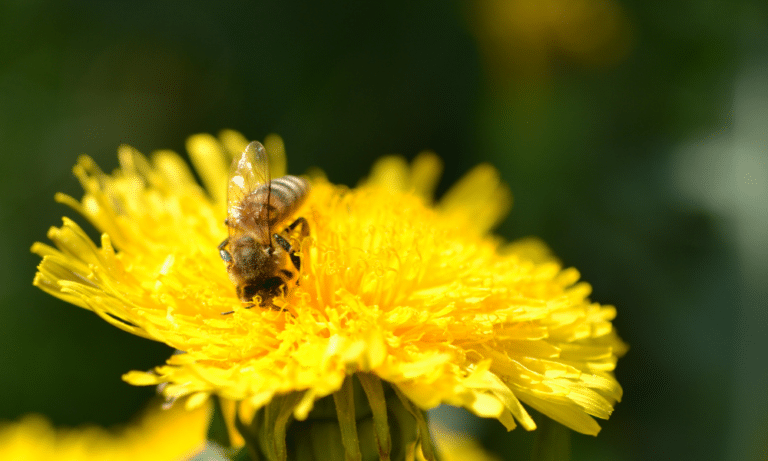 Without bees, flowers and plants would die out, so they serve a huge purpose in our lives. However, wasps are considered a nuisance, and people swat them whenever they see one so it doesn’t sting them. But do wasps pollinate too or are they just a nuisance?

Yes, wasps are pollinators, just like bees. Simply put, a wasp will pollinate a flower it visits by trapping pollen on its hairs.

Wasps are just as helpful as a bee is when it comes to pollination. This is why they’re useful insects and not pests, as they’re highly beneficial for gardens, yards, and crops.

If you see a wasp or two in your garden, do not swat it! Wasps are very useful, so simply don’t bother them, and they will do what they’re good at and keep your flowers are plants pollinated.

Not only wasps are good pollinators, but they’re also nature’s very own pest control as they feed on insects that are considered pests by most gardeners. Wasps also take pests to their nest, where their babies feed on them.

Most people differentiate between bees and wasps by stating the wasp is the more threatening and scary version of the cute and fluffy bee that pollinates, which is wrong as both wasps and bees pollinate flowers.

What Plants Do Wasps Pollinate?

Wasps can sting, and they sting multiple times, but this shouldn’t be the only thing that wasps should be known for as it gives a very bad impression of them, and people get scared when they see one.

Wasps are very helpful for plants and crops, for your garden as they’re helpful not cause of one reason but two reasons: Wasps pollinate and eat invertebrates and insects that are a nuisance to your garden.

Wasps mainly eat the pests or use them to feed their larvae. Wasps also sometimes use the pests as hosts for their larvae to hatch out of.

In several agricultural settings, wasps are used to avoid infestation of various pests so crops can grow healthily. One tiny drawback is that wasps don’t specifically eat harmful insects that are pests only.

Wasps are accidental pollinators. Meaning, that they look for flower nectar and accidentally get pollen on their tiny hair, and they proceed to spread it from flower to flower.

Most types of wasps have short mouths, which makes it difficult for them to get nectar from a deep flower. Wasps frequently pollinate crops, fruit trees, and garden flowers. One example of a flower that wasps usually pollinate is an orchid. There are 100 different types of orchids that only get pollinated by wasps.

There are visual cues that orchids have adapted, and as orchids smell like a female wasp, it’s easy to lure in a male wasp which then tries to mate with the flower cause of the similar scent. So when the male wasp tries to mate, it initiates pollination of the orchid.

Why are Wasps Important to Figs?

Figs are highly dependent on wasps for their pollination as only wasps can pollinate them. Wasps that pollinate figs are called, rather unimaginatively, fig wasps.

The flower of the fig is present on the inside of its fruit.

Through a specific process, a fig plant can be pollinated. A fig plant gives off a scent that can attract female fig wasps. When the female fig wasp reaches the plant, they enter the fig through a tiny hole.

When the female fig wasp is inside the fruit, it lays eggs and pollinates many fig flowers. After the eggs have been laid, as there isn’t anything else for the wasp to do or any way to escape the fig, the wasp just waits and dies.

If you heard a rumour that figs sometimes have a dead wasp in them, the reason for it is this, but most often, the fig absorbs the dead wasp carcass leaving no trace of it. The eggs hatch and the larvae burrow out of the fig when they become adult fig wasps.

Despite a wasp’s threatening nature and bad history of being violent and dangerous insects, they’re actually some of the most useful insects as they help a lot in the betterment of our environment by pollinating and getting rid of many pests that are a nuisance to yards, gardens, and crops.

Wasps pollinate many plants such as orchids and figs. Figs depend on wasps as only wasps can pollinate them. Not only are wasps helpful in pollination, but wasps are also natural pest control.