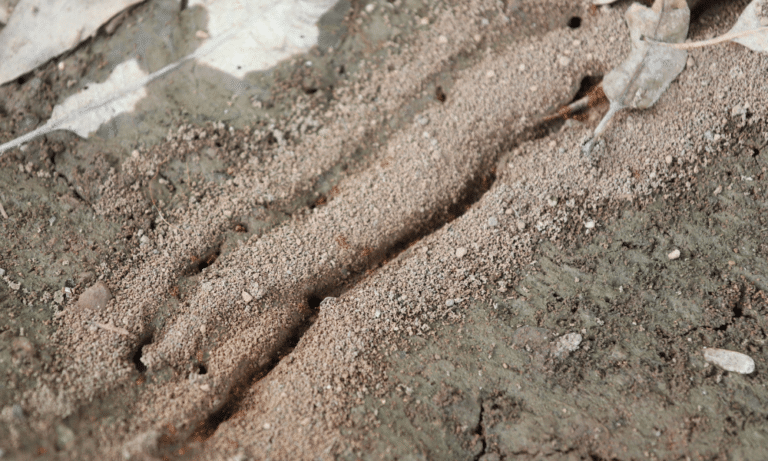 One of the major problems you have to deal with as a homeowner and gardener is wasps. As you well know, wasps can be aggressive and quite scary to have around if you have children. So, can you use deterrents made for other insects to get rid of them? Does ant powder kill wasps, for example?

Yes, ant dust does kill wasps, but it would be ineffective to use it.

Ant powder works if you sprinkle it on the ground or across surfaces. Since ants do not fly, the powder works perfectly against them.

The dust is effective against wasps because it contains deltamethrin which kills insects. But if the wasps are not coming into contact with the ant powder, it will not kill them.

The only way you’ll be able to kill them using the ant powder is through pure luck and if you can lure them to the ant powder. This is not the easiest task in the world making ant powder far from the most effective way to kill wasps.

If you have nothing but Raid ant killer in your home, feel free to use it against wasps. In fact, as Raid comes in spray form, you can attack wasps from a distance.

Raid ant killer will work well for killing wasps because it contains the relevant ingredients. Pesticides contain two important chemicals which are pyrethroids and pyrethrin. The chemicals can also be found in plants that repel insects.

If you use any pesticide against wasps that contain these ingredients, it will kill them.

In addition, you can look for other ingredients in pesticides that work to kill insects. For instance, prallethrin is used against mosquitoes, but it works to kill wasps. You will find that many insect killers contain a high content of this ingredient to kill entire colonies.

Lastly, cypermethrin is also a toxin that is found in insecticides to kill insects. This is a powerful chemical that is toxic to humans when it comes to contact with skin. Usually, this ingredient is used in insecticides for widespread use.

The regular wasp or insect killers you come across will contain this ingredient but in small levels.

Do You Really Want Chemicals Everywhere?
You need to think about what it is you’re spraying around your garden and home. Do you really want a cocktail of (potentially) harmful chemicals sprayed that can cause you harm and can damage the wider environment?

How to Use Raid to Kill Wasps

There are different insecticide sprays available on the market, one of them being Raid. It is quite easy to use Raid against wasps because you can use it from a distance.

You will have to look for the wasp nest, which is not always visible. For this, you need to observe the patterns and figure out where the wasps are going. If you do not spot any nest, you can spray the insecticide inside wall cracks or any place where you think wasps will make their nest.

There are various locations where wasps like to make their nest, some of them being in tree trunks, underground and beneath the eaves of roofing.

You must ensure that you pick the correct timing when killing wasps. Wasps are active during the daytime; however, these insects return to their nest when night arrives.

If you tackle the nest at night or by the time the sun is about to come out, you have the chance of getting all of them.

There are times when wasps make their way inside homes. You can keep wasps out by spraying Raid in cracks and areas where you think wasps can enter and build their nest. In addition to wasps, Raid will also work to keep additional insects out like ants and roaches, which can make their way into homes.

One of the ways you can tackle the wasps in your garden is through insecticides. One such insecticide includes ant powder. While ant powder does contain the necessary ingredients, it may not be effective against wasps.

For the ant powder to work, the wasp needs to contact it. If the wasp sits on a surface with ant powder, it will be impacted by it. But encouraging a wasp to land in ant powder is a tough challenge.

You can use Raid, instead, to kill the wasps. A benefit of using spray insecticide is that you can use it from a distance.

Before you use Raid, look for the wasp nests. Next, you must ensure that you spray at night or early morning when wasps are inactive. Some natural ways to kill wasps include using soapy water or peppermint spray.