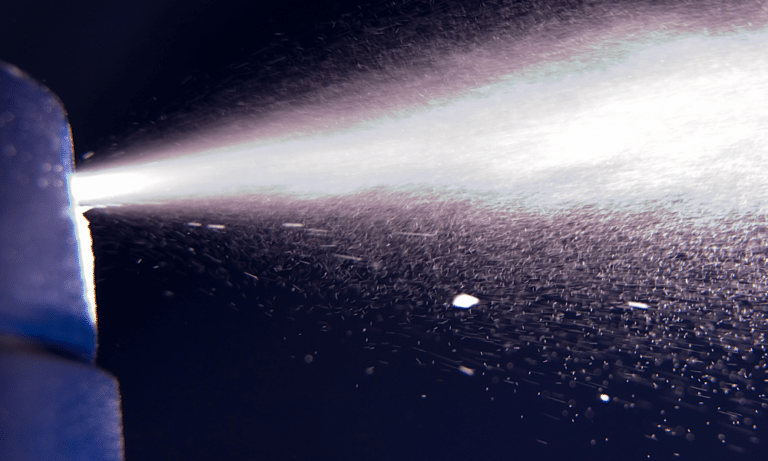 There are many home products people may use to kill wasps – some that work and some that are pure myths. One of the ways people use to defend themselves against wasps is deodorant. But does deodorant kill wasps or not?

Deodorants do not kill wasps, but they can make wasps fall to the ground as it limits their ability to fly temporarily.

If you are looking to kill wasps, you will not find the answer in deodorant. This is because deodorants do not have the necessary ingredients present such as pesticides and lethal chemicals.

Therefore, spraying a wasp with deodorant cannot kill it. However, the deodorant can make the wings stick together, making the wasp fall to the ground. You can then kill the wasp after it can no longer fly – remember the effect is temporary.

In some cases, spraying wasps with deodorant has been successful because it affects their ability to fly. On the other hand, using deodorant can prove to do the opposite.

In fact, wasps can be attracted to some of the scents found in deodorants. In an attempt to kill wasps, the fragrance can attract more!

Why You Should Not Use Deodorant

You can spray a wasp with deodorant and temporarily prevent it from flying… But what you’ll also be doing is irritating it. Wasps are far more likely to attack you and sting you if they feel threatened. This is exactly what you’re doing by spraying them with deodorant.

Unless you can act quick enough to kill the wasp once it has been incapacitated then we would strongly advise against using deodorant to deter wasps. It might just come back to bite you.

To avoid this problem, it would be best to use something which can instantly kill wasps. Deodorant is not one of those products!

Other than deodorants, there are other ways you can deal with wasps using products like hairspray. However, similarly to deodorants, hairspray will not kill wasps but impair their ability to fly.

The hairspray will remove the wasp’s ability to fly. Afterwards, you can kill the wasp in any way you want.

People often use hairsprays to destroy entire wasp nests. But it is not the best decision to use hairspray against an entire wasp colony. When you begin spraying the wasps, they are likely to fly towards you and attack you. Hairspray is far from the most effective strategy against wasps.

Hairspray can also attract other wasps towards you. When you spray the wasps with hairspray, the others can follow. Wasps are attracted to the fragrances in hairsprays and hair styling products.

Since hairsprays are flammable, many people use them to burn down wasp insects. However, this method is dangerous, but you can hurt yourself and others. There’s also the fact that burning down entire insect nests is inhumane.

Getting rid of entire wasp colonies is not a great idea to do by yourself. Poking or spraying the nest will not kill any wasps and will only increase your chances of getting stung by them.

Do Other Aerosols Kill Wasps?

So if deodorants and hair sprays do not kill wasps, do other aerosols work? Ultimately, it’s unlikely. If you pick an aerosol that contains an active ingredient that kills insects and wasps then it will work.

But picking up any old aerosol and expecting it to be effective at killing wasps is not the best approach to take. Dealing with wasps can be a dangerous task, if it’s one or two wasps then you should be OK to tackle the problem. If the problem is larger then it’s probably a better idea to consult an expert.

Dealing with wasps can be overwhelming. Often, people will reach for products they have at home and in the cupboard.

This is actually the case for most aerosols as they do not contain any active ingredients to kill wasps.