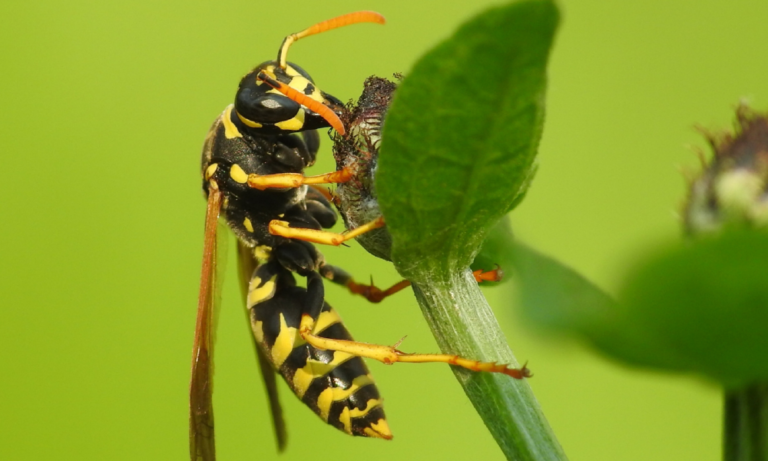 During the warmer months, one of the insects which reside in your garden will be wasps. Wasps are famous for stinging people and chasing them down. As a gardener, you will come across these insects and may find them interesting. But, how intelligent are wasps?

Yes, wasps are intelligent creatures having similar intelligence to logical reasoning in humans.

It can be surprising to know that wasps can be intelligent creatures. However, recent studies done on these insects have explained that wasps are smart insects. These insects have a brain that allows them to infer relationships and unknowns in their environment.

Can Wasps Remember You?

We have heard about honeybees remembering faces; however, recent studies have shown that along with them, wasps can also recognise humans. Hence, if you have ever messed with a wasp, the chances are that it will remember you.

Wasps have a good memory and can remember each other even after being apart for ten days. Therefore, wasps may also remember human faces as their brains function similarly to humans, processing all the faces simultaneously.

Do Wasps Have Emotions?

When we consider whether an animal is smart enough, we also talk about its emotions and the way it responds. Wasps do not have emotions similar to humans, but the way they feel and react to things is quite different.

Wasps do not have a long life, and all the actions they take and the functions they perform are only directed toward survival. When in pain or a difficult situation, wasps may react to pain and have main reflexes, and they cannot give an emotional response like screaming or expressing their pain.

Not only this, but the wasp was also careful in its behaviour after the injury was healed.

While this response is more psychological than an emotional one, this shows that wasps feel and perceive pain differently than humans.

We may not consider insects as some of the brightest creatures to exist on the planet. However, wasps have the ability to think and are capable of logical reasoning. This means that wasps are able to make decisions on the basis of their observations.

There has been a study conducted where wasps were shown two distinct colours, one of them associated with danger. The wasps quickly showed that they were able to distinguish between the two colours and identify the safe colour when it was introduced with other pairs.

This showed that wasps are able to think and apply logic to problems even when faced with new ones.

This can be due to the environment in which wasps have been brought up. The environment may be more challenging for the wasp, allowing them to use more of their brain rather than limiting it.

Which Wasp is the Smartest?

While all wasps are intelligent creatures, there is one specie of wasps that are the smartest. This wasp is known as the Tarantula Hawk and is one of the largest wasps to exist.

The reason why this wasp is considered to be smart is how the larvae survive.

In addition, female tarantula hawks are so powerful that their venom is enough to paralyze a tarantula, hence the name. After the wasp has paralyzed the tarantula, it will lay eggs inside its abdomen.

When the eggs hatch inside the abdomen of the spider, the larvae will start feeding on it from the inside for many weeks. The smart thing about the larvae is that they know well enough to avoid the important organs until they become mature.

This is because the more the spider lives, the longer it would be able to feed on it. Hence, the larvae have a shelter and ample to consume until they are mature enough to leave the spider. This way of survival is what makes this wasp the smartest.

Do Wasps Have a Good Memory?

One of the parameters of intelligence comes with having a good memory. Wasps are known to have a good memory as they can remember each other even if they have been apart for a week.

This is one of the newest forms of social memory, which was never seen in insects before. Insects were considered to have too small of a brain to perform such activities.

Since wasps are social insects living in colonies with other wasps, they have developed individual intelligence, which helps them socially by recognizing their kind. In addition, wasps can recognise humans on the bases of the colour patterns on their faces.

There has been research and experiments done which show that wasps can remember other individual wasps.

After one week, a female wasp was placed with a different male, and it acted aggressively with the new wasp. Hence, this shows that wasps are able to remember good interactions and memories. These insects can remember someone they encountered even if they are dealing with the other ten wasps.

Hence, we may have underestimated the intelligence of wasps and their memory all this time. Despite a small brown, it turns out that these creatures are quite intelligent.

We may not think of insects as smart animals, but wasps are intelligent creatures. These insects can recognize each other even after being apart for as long as ten days. There has been an experiment where a wasp reacted aggressively when placed with a different one.

The smarted wasp to exist is the Tarantula Hawk because of how its larvae survive inside the spider. The larvae know how much to feed on the spider, so they have a shelter and food source for a long time.