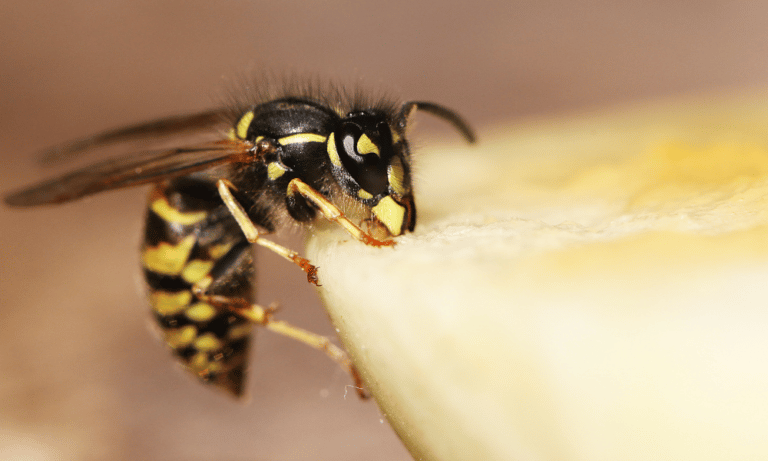 As you well know, wasps can sting multiple times, which is why many people assume wasps can only do bad. But, what are wasps good for? Do they provide any benefits to your garden and the wider environment?

No matter how aggressive or violent they can be, wasps are very important for a healthy ecosystem. They’re useful pollinators, and certain plants can only be pollinated by wasps, such as figs, which makes them dependent on wasps for their existence.

Wasps are a natural source of pest control, and they’re good decomposers that reduce rotten fruit to waste for the environment.

If it weren’t for wasps, the environment wouldn’t be as healthy as it is, and several plants would’ve died out as they solely depend on wasps for pollination. For such reasons, avoid swatting wasps as they’re beneficial for lawns, yards, gardens, and crops.

Are Wasps Important to the Planet?

Wasps belong to the order Hymenoptera, along with ants, bees, and other species. Wasps are very important for the planet and are beneficial for a healthy ecosystem. Below are the 3 reasons why wasps are important:

Wasps are excellent decomposers. They often find rotten edible matter such as fruit and veggies that have recently started to rot or have rotted. They find these when they’re on the lookout for sugary items.

Whenever they find rotten fruits and veggies, they eat them, reducing waste within the ecosystem.

Wasps are a better pest control option than most of your sprays and other chemical methods. Their diet mainly consists of insects, and a large portion of it is what gardeners would describe as pests. They eat caterpillars, aphids, millipedes, centipedes, and all other pests.

Wasps have a particular desire to consume caterpillars that can completely wipe out whole plants, fruits, and flowers as they eat anything in their path. Wasps put an end to these nuisances by limiting the pest population greatly and sometimes wiping all of them out in an area.

Wasps don’t specifically eat pests, and they might eat any helpful insects that might be in your garden or yard too. There are two types of wasps, solitary and social, and their nesting and eating habits may vary.

Solitary wasps don’t make colonies (hence the name), some of them may make nests, but most of them nest in wood or underground. They kill insects and spiders, and if they have larvae, they’ll bring them back to them to feed them. Solitary wasps are of 75,000 varying species.

Social wasps are much less common than solitary wasps, having only 1,000 species. Social wasps, despite having fewer species, are more well-known. Social wasps make colonial nests, and the worker wasps bring in insects and spiders to eat.

Social wasps eat everything they can find, which includes lots of pests, while solitary wasps may focus only on one type of prey at a time.

Some solitary wasps are parasitic and may lay eggs in pests such as caterpillars. When eggs are hatched, the larvae start eating the caterpillar from within.

These things make wasps an integral part of the defence of your garden. In fact, farmers love wasps as they decline a lot in caterpillar or aphid population from their crops. Wasps also reproduce at the same rate as their prey which helps them keep up with their numbers.

People usually kill wasps thinking they’re useless and fear getting stung by them. Even though that is not a good excuse, ants and bees will also sting or bite you upon feeling threatened, just like wasps.

Wasps are important pollinators, just like bees. If you kill them, several plants would suffer as certain plants only prefer to be pollinated by wasps, and only wasps can pollinate them.

Plants like figs can only be pollinated by fig wasps because fig plants have odd fruits that are too deep for other insects to pollinate. Wasps can go inside the fruits through a narrow opening, lay eggs, and deposit pollen.

The larvae hatch and burrow out of the fruit while the wasp dies inside as it can’t escape and its body is absorbed by the fruit.

Orchids are another type of plant that is normally only pollinated by wasps. They release pheromones resembling the same pheromones from female wasps, so male wasps land on them and pick up the pollen. Several plants depend upon wasps for pollination.

Wasps have a bad reputation and are only known for their stinging, even though they play a crucial role in the environment and are very good for the plants, our health, and the planet in general.

Wasps pollinate flowers. They’re natural pest control and are good decomposers. They might not be the friendliest of insects, but they are of great importance.