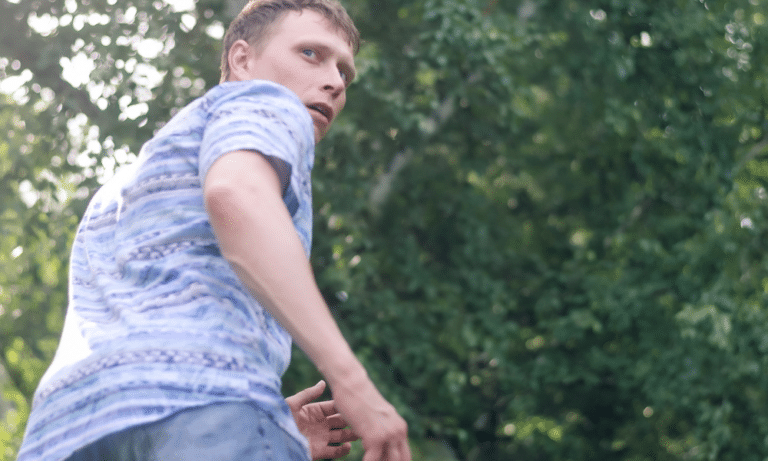 You might be enjoying yourself with your family, in the garden, having a picnic, enjoy the weather. That is until a wasp comes along to ruin it. Before you know, you’re being chased! But why do wasps chase you in the first place?

When wasps come near us, we tend to make frantic movements in a panic. And this is why wasps continue to chase us.

It is natural to feel scared and move fast when we spot wasps. However, actions like raising our hands attempting to move wasps away only causes them to chase us. Wasps believe that they are in danger and, in self-defence, will chase you to sting you.

Do Wasps Chase You If You Run?

It is natural to run if you see a swarm of wasps approaching you. However, it is not a good idea because wasps will continue to chase you further. If you choose to run, there are chances that you will get stung more.

One of the reasons is that wasps do not like sudden movements. When wasps see you run, they think of your speed as a threat. It might be easier said than done, but the key is to remain calm and to avoid panicking.

What to do When a Wasp Chases You?

If you see wasps approaching you, you should never run away or swat them. You must resist the impulse to run and stand as still as you can. If you do not bother wasps, they will not bother you.

However, if you are more scared about wasps, you can run in a straight line. You have to continue running for as much as a hundred feet. If you run that long, wasps will not chase you as they do not like to get far away from their nests.

What Not To Do Around Wasps

If you are trying to lead a painless life and do not wish to get stung by wasps, you should avoid a few things.

Firstly, if you spot a wasp’s nest, you must leave it alone and not approach it. Many people who become curious about nests will approach the nest. However, wasps will not exactly welcome you with open arms. Instead, these insects will chase you down to protect their homes.

You must never make the mistake of making sudden movements. One of the common reasons people get stung by wasps is that they make sudden movements. It is natural to do so when you are in that situation; however, try your best to avoid it.

It would help if you did not jerk away, start to jump or scream. This will only aggravate the wasps further, and they will feel threatened.

You may consider some form of self-defence when wasps are attacking you. However, please avoid throwing things at wasps or trying to hurt them in any manner. If you throw things at wasps, they will become aggravated, feel threatened and chase you.

Another common thing people tend to do, especially around insects, is swatting. You may think it is easy to swat a wasp and kill it. However, you will only be provoking it further.

Sometimes wasps will release pheromones which indicate to others that there is danger. Soon enough, from one wasp, there will be an entire swarm after you.

How To Avoid Attracting Wasps

One of the reasons you may be getting chased by wasps is that they are getting attracted by something. One of the best ways to avoid getting chased is to stop attracting wasps. There are a few ways you can adopt to do this:

This might seem obvious (and also a challenge for some) but if you can avoid running when a wasp comes near you then you’ll instantly prevent them from chasing you.

As we’ve already mentioned, wasps love to chase people as they run away. If you don’t run away and, instead, sit calmly outside then the wasp will eventually leave you alone.

Most of the perfume we wear has sweet notes in it. Therefore, wasps are attracted to the sweet scents in the perfume.

In addition to perfumes, wasps are also attracted to bright colours. If you are out in your garden, you should avoid wearing anything bright which can draw wasps towards you.

When the weather is hot and the sun is shining, not eating outside can be a challenge. Unfortunately, the smell of food will instantly attract wasps. One thing you can do to avoid having a wasp problem is to simply stop eating outside.

If you’re instant on eating outside, then invest in some Tupperware containers or cloches to keep food covered when outside.

If wasps have ever chased you, you know that it is a scary experience. Wasps will chase humans if they run away or make frantic movements. The first instinct when we spot wasps is to run in the opposite direction. However, wasps think of it as a threat and will chase you further to sting you.