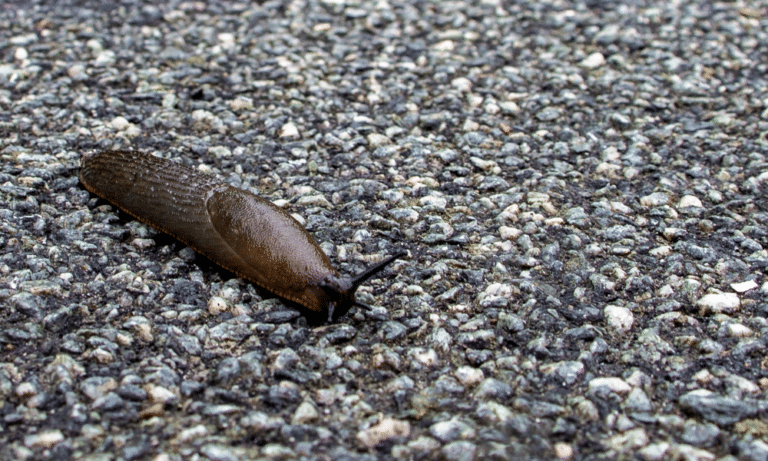 Slugs are terrestrial gastropod molluscs, and an easy way to distinguish them from snails is that they don’t have shells. But are all slugs squishy on the inside just like they’re on the outside, or do slugs have bones or a skeleton of some sort?

If you look at a slug, you’d assume it doesn’t have any bones as, from the looks of it, a slug resembles a pile of slimy paste.

However, they have organs like the radula, which is a special organ that helps slugs grind up their food to help indigestion. This organ is comprised of tiny protrusions.

Do Slugs Have Brains?

Like all other types of invertebrates, snails don’t have a brain or a spinal cord. Instead of a spinal cord and brain, they have a set of ganglia. Ganglia is a grouping of neurons that distribute control along with different areas of the slug. In subclass Pulmonata, the ganglia are arranged in a circular formation surrounding the digestive system.

The other ganglia, besides these six ganglia, supply the buccal cavity, which serves the radula. The parietal ganglia supply the lungs, and the remaining organs of the visceral cavity are supplied by the visceral ganglia. Optic ganglia are absent.

The tiny cerebral ganglia consist of 4,000 to 100,000 individual cells, which are called neurons. The nerve patterns vary in different species of slugs.

Do Slugs Have Hearts?

A snail has a heart, it has open circulation, and this means that the snail has blood vessels that are necessary too. These important blood vessels, such as the pulmonary vein, lead from the lung to the heart and the main aorta or artery.

Blood inside a slug freely circulates between organs. A snail’s heart consists of two chambers. One atrium and one ventricle. These are situated in the heart bag, which is also called a pericardium.

The heart bag of a slug helps in its excretion as well. The slug helps in the excretion of indigestible material mainly rich in nitrogen. In most primordial gastropod species, filtration commences through the wall of the heart bag.

The excretion takes place after it goes through an efferent channel, that is, the urethra. The excretion organs of snails are the same as in segmented worms belonging to phylum (Annelida) metanephridia.

Do Slugs Have Muscles?

Slugs have a strong muscle located on the underside of their bodies called the foot. They move with the help of this foot. Their mobility works by contracting these muscles below the foot, which helps them to move in a rhythmic, wavy motion.

A layer of mucus produces from the underside of the foot. This mucus makes the foot slippery and helps it to slide across the ground. Whenever you see a slug or a snail moving, you probably have noticed the trail of slime that they lead behind them wherever they go.

This gooey trail is the mucus that’s secreted from underneath their body.

Do Slugs Have a Skeleton?

Most species of slugs don’t have any kind of skeletons at all, unlike snails, who have a spiral-shaped shell that is located on their back. It provides protection for the soft squishy fragile body of the snail.

Slugs are peculiar creatures. They look odd and kind of gross to some but cute to others. They’re harmless, and you can easily put one on your hand and see it slowly slither across your arm, it won’t hurt or bite you, but your arm would probably get dirty as they leave a trail of mucus that is secreted from underneath their body.

The mucus helps them to slide across surfaces with their only muscle, the foot that helps them in mobility. Slugs aren’t only unusual from the outside but also from the inside as they have holes for breathing, their bones are absent, their brain is absent, and instead, ganglia are present, and slugs neither have bones nor a skeleton.