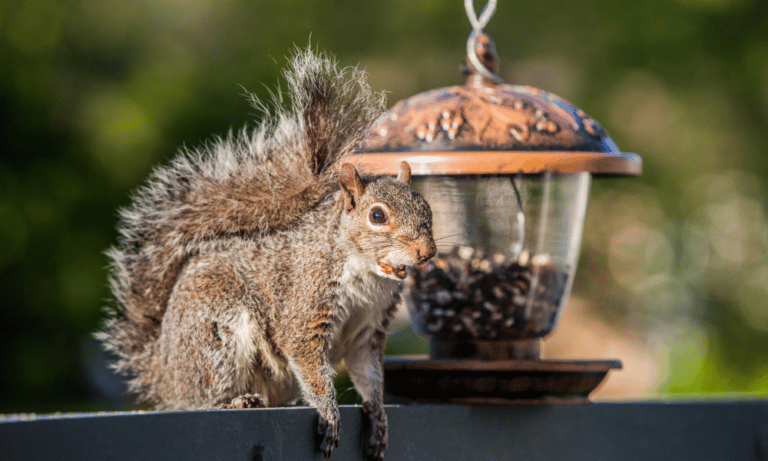 You can see squirrels everywhere in trees, in parks, in your yard or gardens, but the thought of eating these common tree-dwellers seems revolting. It feels like something that you’ll eat when there isn’t anything else to eat. So are squirrels edible and safe to eat?

Yes, squirrels are edible, and their meat is considered delicious by many. Squirrels also aren’t a recent edible discovery. Hunters have eaten them for years.

Squirrels haven’t just become a hip, edible delicacy. They’ve been hunted and eaten a lot by people over the years. Hunters, who were away from home, loved their meat a lot as it provided an easy meal for the day.

Squirrels can also be seen in many restaurants as a dish. In the US, squirrel stew was a sweet and common everyday dish that was said to be sweet as potato pie. This dish was famous mainly in the south.

The taste of squirrel meat is similar to rabbit or chicken, with a slightly nutty flavour. The meat is light in colour, lean and nicely textured.

What Can You Cook Squirrel With?

Squirrel can be used how you would use most other lean, game meats such as rabbit and venison. It can be slow-cooked in stews and casseroles.

Where Can You Buy Squirrel Meat?

If you’re lucky enough to have a local butcher, then your best option would be to visit them and ask if they can obtain some squirrel meat. If not, you may have to turn to a specialist online retailer.

Is It Safe to Eat Squirrel?

Squirrels are safe to eat, but just like any other type of meat, it’s only safe after meeting certain requirements. There’s always a risk when it comes to eating meat, as there is a chance of getting sick due to the meat getting contaminated with bacteria as it goes through the butchering process or when it gets stored after being cooked.

To reduce the risks of bacteria, wear gloves when skinning and put the meat on ice as soon as you can.

When the months get warmer, squirrels, like other warm-blooded animals, make suitable hosts for many parasites, fleas, mites and ticks.

It’s possible to get sick from eating squirrels because of these parasites and fleas, even if you were super sure in ensuring that the meat is well prepared and clean. Concerns are common when eating this rodent as it can transmit diseases indirectly or directly.

Diseases that are caused by eating squirrels are Tularemia and salmonella, and there is a chance that you may get worms too. However, you don’t have a possibility of catching tick-borne diseases by eating or handling squirrels.

Getting infected with a parasitic disease is a little less common as parasites are easily wiped out during cooking. One big concern is that the squirrel might be contaminated with environmental toxins such as herbicides and pesticides.

Though that is true with any meat, squirrel meat has more residual pesticides than any other meat you would get from the local butcher.

Certain squirrels may also have the Creutzfeldt-Jakob disease, also called the mad cow disease. This is mainly caused by eating squirrel brains but also sometimes is caused by eating regular squirrel meat in general. It’s worth noting that this is rare.

Contracting Lyme disease is also a possibility with squirrel meat.

To avoid these concerning diseases, simply cook the meat that’ll get rid of most of the diseases and removing squirrel brains will prevent you from getting Creutzfeldt-Jakob disease.

Also, removing the glands from squirrels can prevent the meat from having a musky flavour, and the glands also contain diseases that you can’t physically identify.

Eating squirrel actually has a lot of health benefits and is rich in protein, a standard serving of squirrel has more protein than beef or chicken. You can also get useful vitamins from eating it, such as B6, B12, iron, and niacin.

Niacin is helpful for keeping your digestive system working properly. However, it’s a little risky for people with heart conditions as it has high cholesterol levels.

Certain parts of the squirrel are rather risky to eat and don’t have any health benefits. These parts are the liver, heart and brain. These parts can make you sick, and it is recommended to avoid eating squirrel raw or undercooked as cooking it properly is the only way to get rid of all the parasites, fleas and bacteria and to make it safe to eat.

Spinal fluids and glands are to be avoided as well, while lean meat, including backstraps, front legs, hind legs, and shoulders, are healthy.

According to most people who have tried the meat, squirrel meat has the best taste among most meat in the woods. It is sweet and nutty in taste and tastes similar to rabbit or chicken.

Squirrel meat is generally lean like most game meat. It tastes similar to wild rabbits, but the people who have eaten it say that it’s more delicate and it’s sweeter than rabbit meat.

The sweet taste could be a result of a squirrel’s diet of mostly nuts. Overall, squirrel meat is sweet, finely textured and light in colour. Due to its texture, it’s ideal for casseroles, deep-frying, and slow cooking.

Squirrels may feel like an odd choice in cuisine, but it’s not a food item that people have recently started eating. It’s been eaten for hundreds of years as a tasty and nutritious meal and hunters used to prefer squirrel meat over any other meat due to its sweet and nutty taste.

Squirrel meat is safe, but one should always eat it cautiously as squirrel meat, like most meat, can be risky to eat if it’s not cooked properly.