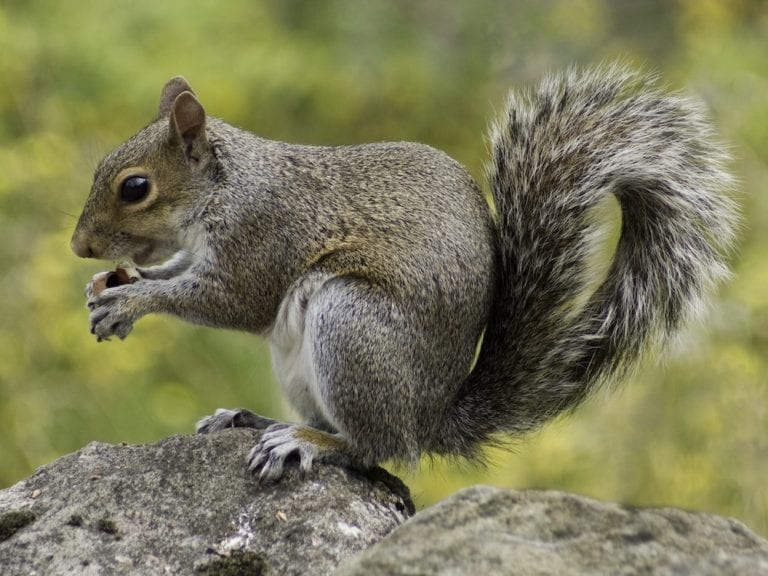 Rabies is a word that makes many people worry about any animal they come across. But can squirrels actually get rabies and if they do, could it be a problem for your garden?

Yes, squirrels can get rabies but cases are incredibly rare. Like most rodent species, it’s possible for a squirrel to contract rabies. Cases, in the UK in particular, are close to zero.

Do Squirrels Have Rabies?

First of all, it is important to note that regardless of whether squirrels can contract rabies, not every individual will be infected.

In fact, many rodent species are known to almost never contract rabies and that includes squirrels. That being said, there have been cases of squirrels contracting rabies, even though they are few and far between, meaning it is possible for them to get it.

Can Squirrels in the UK Get Rabies?

Rabies is a disease that is most commonly found in South America and Africa.

It can be transmitted across countries but, rabies is not found in the UK, apart from in a small number of bats. It is not believed that bats can transmit this disease to other animal species through bites.

Signs a Squirrel has Rabies

If there is a squirrel in your garden that you think may be unwell, it is important to be aware of any symptoms of rabies that may be present so that the appropriate local authorities can be alerted.

Here are the most common symptoms of rabies in squirrels:

A common symptom is self-mutilation. This involves a squirrel injuring itself, often by biting or scratching at its own fur.

Animals often only self-mutilate if there is a rather serious underlying health condition so, do not attempt to approach any in this state. You should instead alert a professional.

This is possibly the most commonly associated symptom of rabies. Excessive drooling and foaming at the mouth are incredibly common and often the most identifiable sign that a creature has rabies.

If a creature is wobbling a lot or swaying, this could be a result of rabies. However, it could be caused by other things such as fatigue. Even so, you should not approach it and observe it to see if there are any other physical signs of rabies.

This is quite rare, but some individuals infected with rabies experience episodes of paralysis. This means that for short episodic periods of time, infected creatures will be unable to move or will move incredibly slowly.

There are other symptoms of a rabies infection, but these are the most common ones. Of course, as previously mentioned it is very rare for a rodent to contract this disease. But you should always vaccinate your pets to prevent any possible transmission.

Can You Get Rabies from a Squirrel Bite?

Once again, it is incredibly rare for a squirrel to have rabies and be able to transfer it to humans. That said it is scientifically possible so do not approach any animal exhibiting symptoms of rabies.

As well as this, you should book a visit to your doctor if you have been bitten. Whilst the chance of rabies is minuscule, it is always better to be safe than sorry and there are other health issues that can occur as a result of contact with squirrels.

For example, squirrels carry ticks, and they may have transferred to you during the contact. Ticks can cause lime disease if not properly removed.

Can You Get Rabies from the Air?

Rabies is not an airborne virus, so you do not need to worry about contracting it simply by breathing.

Rabies can only be transmitted through broken skin, such as via a bite or a scratch.

Once again, the likelihood of contracting rabies is very rare, especially from a squirrel. But, if you contact someone immediately and you do have the virus, there are effective treatments available.

To summarise the main points of the article, squirrels can get rabies, but it is incredibly rare.

Rabies has been almost eradicated in the UK, except for in a small number of bats.

Symptoms of rabies include excessive drooling, self-mutilation and wobbly movements. Rabies is not air-born and can only be transmitted via bites through broken skin. Regardless of if you think you have rabies, you should always visit a doctor as quickly as possible if you have been bitten or scratched by a wild squirrel.