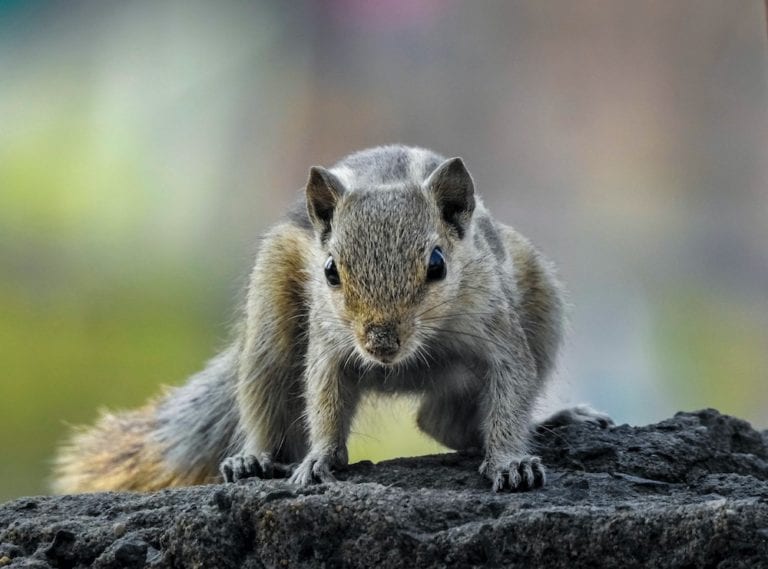 Grey squirrels are an invasive species and have often been blamed for the decline of certain British wildlife. But are squirrels to blame for any declining birds and do they kill them directly?

It is unlikely that squirrels will kill birds. They may take food from birds and make indirectly cause birds to suffer but squirrels do not actively go out to kill birds.

It is not common for grey squirrels to attack birds.

Most squirrels, including grey squirrels, are omnivores which means that they eat both meat and plant matter.

Whilst most squirrels will not eat a meat-heavy diet, grey squirrels have been known to eat birds in times of food shortages. However, more often than not, they appear to consume already deceased birds rather than kill themselves.

But that does not mean that they won’t ever kill them.

As well as eating birds, squirrels have been known to raid bird nests to try to find and consume any eggs.

This is not the most common occurrence because, as stated before, many squirrels prefer the plant-based aspects of their diet, such as nuts and seeds. But in hard times, they are not averse to becoming a little more violent searching for adequate food sources.

There is no benefit for grey squirrels killing birds if not for food, so, no, it does not appear that grey squirrels will kill birds simply for the sport.

Do Other Squirrels Kill Birds?

In fact, red squirrels also consume birds and their eggs if they are struggling to find food.

This is, perhaps, because the increase in the grey squirrel population is forcing red squirrels out of their habitats, meaning that red squirrels are forced to take more drastic measures to get their required food.

This would include raiding birds’ nests for eggs and killing small species of songbirds for some extra food.

Are Squirrels Killing the Birds in the Garden?

They also do not hunt for sport, so if the bird’s body is intact, it is not a squirrel. Squirrels also do not hunt at night, so you are most likely looking at another predator if it is occurring overnight. These may include cats, foxes and owls.

To summarise what we’ve learnt here are some key points from the article. Grey squirrels will kill birds but only for food and not for sport. They will also eat bird eggs but will avoid doing so if they can.

Other species of squirrels, including red squirrels, will also prey on birds and their eggs. The impact of grey squirrels does not seem to be negatively affecting British songbirds in the long-term.

If you are finding dead birds in your garden, it may result from squirrels, but it is most likely due to another predator such as a cat, fox or an owl.