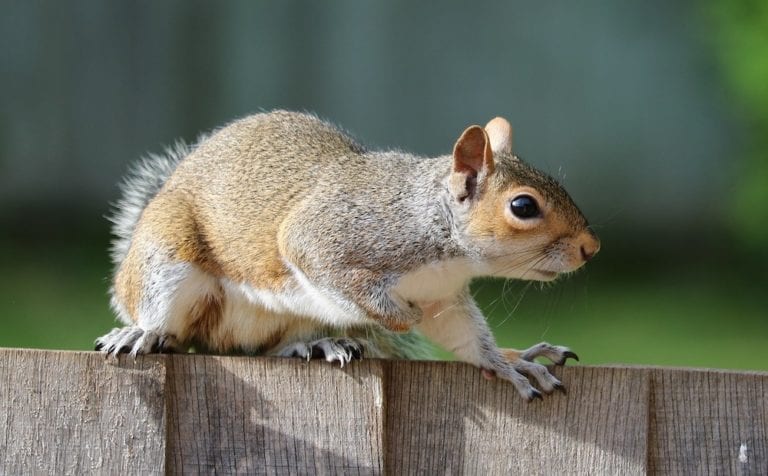 Most animals can contract or spread various diseases. But are squirrels carriers of any disease, and if so, can they be spread to humans or plants?

There are three main diseases that squirrels are commonly known for carrying which can harm themselves: Squirrel pox, Henson’s disease and tularaemia. They can also directly or indirectly cause diseases in humans such as Lyme disease and ringworm.

What Diseases Do Squirrels Carry?

Like all mammals, squirrels are susceptible to certain diseases. These diseases can be transmitted in different ways, and not all of them are harmful to humans. Let’s have a look at the more common diseases that squirrels can contract:

This virus is sadly fatal to many squirrels and can be spread through the population easily. It results in scabbing and mange which can cause them to become lethargic and eventually die.

Whilst squirrels do not appear to be affected, they carry a strain of the disease that can cause leprosy in humans. At this time, it is not believed that it can be passed between squirrels and humans, though most humans do not react badly to this strain.

Squirrels can get this disease by being bitten by an infected insect or squirrel. It can spread from squirrels to humans through bites or contact with a squirrel corpse. That being said, it is not common, but if you have been exposed to squirrels in this way you should alert your doctor.

Most of these diseases are transmitted to squirrels via other squirrel’s bites and also parasites that use squirrels as hosts.

There are also rare cases where these diseases can be transmitted through contaminated water, but this is usually found very quickly if it is the case as large populations become quickly infected.

Why are Squirrels Susceptible to Disease?

Diseases are caused by bacteria, fungi and viruses, all of which are living cells. These cells evolve and adapt to continue infecting hosts, meaning that there will always be a disease that an animal can contract. This includes squirrels.

Squirrels are particularly susceptible to certain diseases because of their lifestyles. They are an animal that lives in relative solitude and isolation from other squirrels. This means that certain habitats are only home to a select few squirrels.

When they breed, their gene pool is smaller and less effective at fighting diseases and providing immunity for future generations.

Can Humans Contract Diseases from Squirrels?

There are diseases that can be passed from squirrels to humans. However, they are usually only passed through unhygienic exposure, such as coming into contact with a squirrel bite or squirrel waste.

If you are worried that a squirrel may have transmitted something, alert your doctor and look out for symptoms. Here are some diseases that can be passed to humans.

The squirrel itself does not transmit this. Squirrels are hosts to ticks, and these ticks can move over to a human body if they can. If you think there is a tick on you, remove it with a specific tick removing kit.

If you remove it incorrectly some of the tick can remain lodged in and cause Lyme disease.

Ringworm is a skin infection common in rodents, and it can be passed to humans. It can be easily treated with a specialised cream, and you can identify it by the scabbed ring of dry skin. The centre of this ring is often red or pink.

The bacteria salmonella causes this. As well as being in incorrectly cooked food, it can be found in the waste of animals such as squirrels.

This disease produces vomiting symptoms, and whilst it can usually be treated with hydration and electrolytes, some people need antibiotic treatment.

As previously mentioned, squirrels carry this disease, and it can be transmitted to humans via contact with squirrel faeces or corpses. Some symptoms include headaches and fevers, and most patients easily recover with antibiotic treatment.

Whilst it is possible for these diseases to be transmitted, it is by no means common. However, it is safer to be aware of the slight possibilities to be cautious and aware of any possible symptoms.

How to Prevent the Transmission of Squirrel Diseases

The easiest way to avoid the possibility of disease transmission is to avoid contact with squirrels. Make your garden undesirable by using smells they dislike, such as peppermint.

If you still want squirrels to visit, then make sure to continually clean any surfaces such as bird tables or feeders which the squirrels may use. Most diseases are only transmitted through direct contact such as bites so, as tempting as it may seem, do not try to pet or handle any squirrels.

Can Squirrels Transmit Diseases to Pets?

Animals in your garden can cause a big worry for pet owners as there is a fear they may make your beloved companion ill. Whilst most diseases squirrels carry cannot be passed onto dogs or cats, you should still be cautious.

There can be parasites, such as ticks, in squirrel faeces or on squirrel corpses. If your pet comes into contact with one of them, then any lingering parasites may transfer over to your pet.

The easiest way to prevent this is to check your garden for any unknown dropping or signs of deceased animals and make sure the area is clean before letting your pet roam around.

To summarise, like all animals, squirrels do carry diseases. They can contract squirrel-pox easily though it cannot be spread to humans.

Some diseases squirrels can cause in humans include salmonellae and Lyme disease, though this is rare. The best way to prevent possible transmission is to avoid contact with squirrels or their waste.

They do not appear to carry diseases that can be spread to pets however, their droppings may contain parasites that can be passed over.

Transmitted diseases can often be treated quickly and effectively but let your doctor know if you think you have come into contact with an unhealthy squirrel. 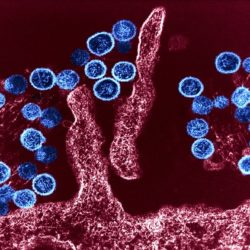 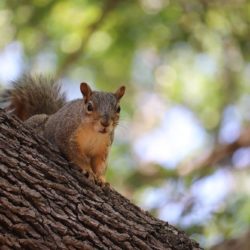