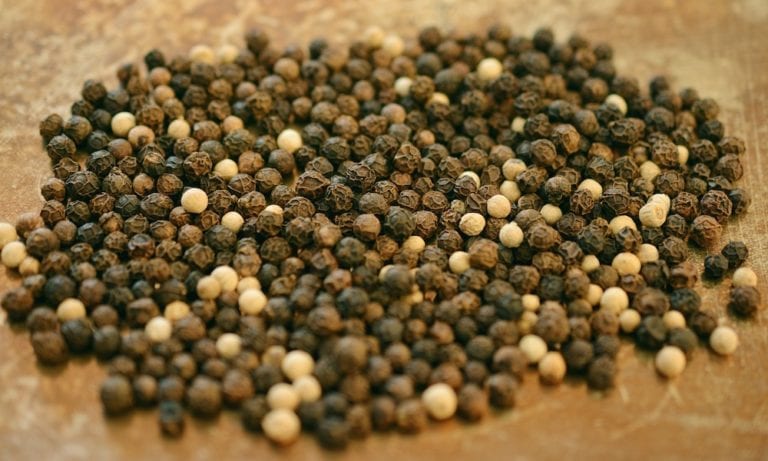 Squirrels can often be repelled by utilising their hatred of certain smells. One smell they seem to dislike is that of spicy foods and herbs, so can black pepper be used to deter squirrels?

Yes, black pepper can deter some squirrels. It will put them off. However, if their only way to access food is to suffer from the smell of black pepper then they will suffer.

Black pepper appears to produce a smell that squirrels find very unpleasant. If there is a smell of black pepper in your garden, they will try to avoid it.

However, some squirrels will push through their dislike of the smell to get to the food, so it is a good idea to concentrate the smell of black pepper in highly disturbed areas.

How to Use Black Pepper to Deter Squirrels

Knowing that squirrels hate black pepper, we can use this to our advantage to keep our gardens pest-free. Here are some methods tried and tested by fellow gardeners on how to utilise black pepper.

This may be simple, but it still works. Simply grinding black peppercorns around affected and disturbed areas of plants will help keep squirrels at bay. The best way to do this is to grind the pepper over the soil where things are planted.

This also helps to provide some extra nutrients for the plants in that area.

Use a Pepper Spray

No, not pepper spray as in the defensive spray owned by humans.

You can make a spray solution of black pepper and vinegar and, whilst it does not smell nice to us humans, it also doesn’t smell nice to the squirrels and will keep them away from your plants.

Do Other Types of Pepper Deter Squirrels?

Squirrel’s dislike of the pepper smell is not exclusive to black pepper. Squirrels appear to dislike almost all kind of peppers, most likely due to a result of their spicy smell. But there are some types of pepper that they dislike even more than others.

White pepper is something that is also effective at deterring squirrels.

Cayenne pepper is known for being very spicy. And with its spice comes a very fragrant smell that whilst beloved by many humans, is despised by squirrels. Cayenne pepper is arguably the most effective pepper for getting rid of squirrels as it is the strongest.

Much in the same way as with black pepper, simply grinding some cayenne pepper flakes over disturbed areas of your garden will keep the squirrels at bay.

Pepper is not the only smell that is known for repelling squirrels. There are other smells such as peppermint and that of flowers such as hyacinths and daffodils. So, if you don’t want your garden smelling like pepper then there are other options out there for you.

Is Black Pepper Dafe for Other Animals?

One worry of many gardeners is that they will use something that is unsafe to other species of wildlife or their pets.

Using pepper does not seem to be harmful to birds, though it is said that it should be avoided in bird feed as it is classed as an additive.

In terms of pets, black pepper is safe for dogs in small amounts but if they eat a large amount it can cause them to have an upset stomach. Using pepper to repel squirrels should be fine even if you have a dog but keep an eye on them whilst they are in your garden.

In conclusion, squirrels dislike black pepper, and it can be used to deter them. They also dislike other types of pepper such as white pepper and cayenne pepper.

You can use pepper to deter them either by grinding it over disturbed areas or making a homemade pepper spray. There are other smells that can deter squirrels including peppermint and hyacinths.