As you probably know, cats have certain likes and dislikes. You can take advantage of this and use their dislikes to deter them from your garden. Catnip and cats often go together but why? Does catnip deter cats or not?

No, catnip doesn’t deter cats; instead, it attracts cats. You can use catnip to attract cats, so they go away from somewhere you don’t want them to be.

Catnip has several names, such as catmint, catwort, and field-balm. Catnip originally came from Asia and Europe and has a minty, potent, lemony smell and taste. It has always been associated with felines, especially household cats.

The mint family has around 250 species, and catnip is one of them. Catnip is like a drug for a cat. It cannot work as a deterrent because cats LOVE the stuff.

If you want to deter a cat from a particular area such as a vegetable patch, you can put catnip somewhere else that’s close enough for a cat to sense but far from the place you want cat-free. This way, you’ll be deterring the cat by using catnip.

Catnip is a cat’s version of a drug, and cats are very attracted to it. Nepetalactone is the essential oil that is found in catnip. This essential oil can attract any cat, even if it is the laziest and spends its time mostly sleeping.

Cats love catnip, and not only cats but even big wild cats adore it the same. Catnip attracts all felines; lions, tigers, panthers, and pumas can all be attracted to catnip – obviously, this isn’t a worry for your little garden!

Catnip attraction is also hereditary, as around 50% of cats have been seen not reacting to catnip no matter how old they are.

The attraction that cats have to catnip is that the herb contains iridoids. These iridoids have two purposes. They secure the plant from aphid infestations and cause attraction and excitement in cats.

Catnip can be used against cats by putting it away from somewhere you don’t want your cat to roam around; upon seeing the catnip, the cat will go away from that place and towards the catnip.

Suppose you want to deter your cat from your manicured flower beds; if you put catnip near it, under a tree, your cat will go there, instead.

Nepeta and catnip are the same things. This means that nepeta will not deter cats but will attract cats. Cats love nepeta!

What Does Catnip Do To Cats?

Catnip can make even the laziest and sleepiest cat into a crazy energetic cat. However, not every cat may have the same reaction to catnip.

The effect catnip has on a cat are because of its essential oil and iridoids. Nepetalactone is the essential oil that is found in the stem, leaves, and seeds of catnip, and it only requires a sniff or two for the oil to make the kitties feel high in euphoria. Upon smelling the wondrous herb, the cat starts chewing, licking, and rolling in excitement.

Iridoids protect the catnip from aphids and are also a key factor in cats’ reaction toward catnip. A cat’s intense reaction towards catnip starts with the nose; as mentioned earlier, one sniff can cause a surge of excitement in cats.

According to researchers, catnip aims for the happy receptors in the brains of felines. Whether it’s a lion, tiger, panther, leopard, or a house cat, it’ll go crazy after smelling catnip.

Eating catnip, though, won’t have the same effect as smelling catnip for cats!

When a cat smells catnip, it can get excited and hyper, but when a cat eats catnip, it goes calm and relaxed. Most of the time, cats will rub, roll, flip and zone out when reacting to catnip; other times, they might get aggressive and hyperactive, especially when you approach them. They also might growl and meow at the same time.

These intense experiences don’t last for too long, though. They’re short-lived and last 10 minutes. After that, the cat will lose interest and return to its normal behaviour after resting for two hours. In these two hours, a cat won’t react to catnip.

What Plant Will Deter Cats?

There are a number of plants that deter cats. Any plants with a strong odour and a rough or sharp texture will deter cats. This includes lavender and rosemary.

Cats have peculiar likes and dislikes, and they’re so random that you can’t figure them out until a cat reacts. One peculiar obsession cats have is with a herb called catnip, catwort, or catmint.

Catnip attracts cats instead of deterring them, and cats react to catnip as if it’s a drug. They get excited, hyper, and high upon smelling catnip. The reason for such a reaction in cats is because catnip contains nepetalactone which is an essential oil. It attracts a cat and makes it excited and crazy. Eating catnip has a different reaction as it calms down the cat.

You can, however, use catnip against cats in one way. If you want to deter cats from a particular area of your garden (most likely a certain flower bed or vegetable patch) then you can plant catnip elsewhere in your garden. The cat will be drawn to the catnip and will avoid the other areas of your garden. 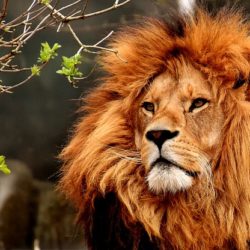 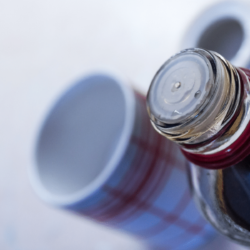