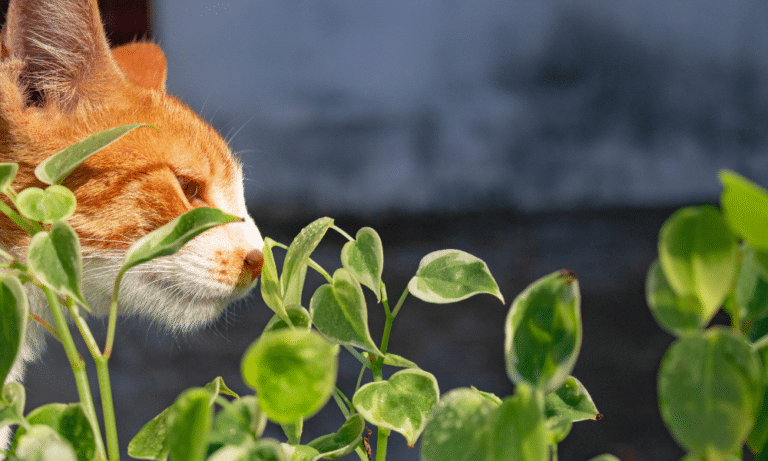 The smart way to repel cats and stop them from causing trouble is to use their most hated scents. Cats have a strong sense of smell. Therefore, any powerful scent annoys them and drives them nuts. So, what smells repel cats effectively?

A few smells which repel cats include lavender, citrus, cinnamon, garlic, and vinegar.

Many people like to incorporate scents and make sprays for their gardens. Others may like to use them directly, for example, putting garlic in the garden near plants.

You can also use essential oils of scents that cats hate. For instance, cats hate the scent of citronella, which has a strong citrus smell as it is made from lemongrass leaves.

So, What Smells Repel Cats?

Getting rid of cats from your garden can seem like quite the task. Fortunately, you can use one of the cat’s strongest senses to your advantage.

As cats have powerful noses, they find certain smells unbearable. By using those smells in your garden, you will ensure that they stay away from it. Here are some smells that cats hate the most:

One of the most famous smells hated by cats is garlic. We may enjoy using garlic in our foods, and the smell can delight us, but not cats.

Garlic has a powerful smell, and it can annoy cats. You can smash some garlic cloves, get the juices out, and put them near your plants. In addition, you can also create a garlic spray by boiling some in water.

There are other ways to use garlic, like sprinkling garlic powder or using garlic oil.

Cinnamon reminds us of fall and delicious treats. But for cats, cinnamon can be their worst nightmare. Upon encountering cinnamon, cats can feel irritated.

Therefore a good way to deal with your situation is to sprinkle some cinnamon in your garden. However, cinnamon powder is susceptible to getting blown by the wind. You can use some cinnamon oil instead, which works just as fine and is non-toxic.

Many gardeners have sworn by using pepper in their garden to repel cats. But, turns out, felines are not big fans of pepper due to its smoky smell. Coming into contact with pepper also awakes the cat’s sinuses and irritates it.

There are different kinds of pepper you can use, like black pepper or cayenne pepper. But, perhaps the most effective pepper is cayenne pepper. You can either make a spray using the peppers or sprinkle some ground ones in your garden.

The good news is if you want things convenient, you can get a cayenne pepper spray that you can spritz in your garden among plants and reply when you need to.

Fruits like lemons, limes, grapefruits, or oranges are good at deterring cats. You can use these fruits to create a spray for your garden. Another way to incorporate citrus is to use lemon peels which you may usually throw out.

In addition, any citrus essential oil will also work when it comes to repelling cats. Essential oils like citronella have a strong scent which does wonders.

What Smells Do Cats Love?

Often cats can come to your garden because they are attracted to certain smells. It can be helpful to know which smells cats love, so you avoid having them in your garden.

By eliminating any attractions, you will keep the neighbourhood cats out and your plants safe.

A lot of different scents found in gardens attract cats. For instance, cats love the smell of roses. So it can come as a surprise, to see cats inclined towards flowers. Other flowers that cats love include sunflowers, nepeta, catnip, daisies, and dandelions.

In addition to flowers, cats are also attracted to the scents of different herbs. Of course, we all like having herbs in our garden, but it would be best to eliminate the ones that attract cats. Some favourite cat herbs include oregano and parsley.

These are some of the scents which you should avoid having in your garden. It can be easy for plants that attract cats to go unnoticed, but it becomes easier if you have a checklist!

Do you still have questions about the smells that deter cats? Then you might need to read these:

Does the Scent of Citrus Deter Cats?

Yes, cats dislike citrus scents including lemon and lime. They will usually avoid any area that has been sprayed with a citrus-scent.

What is the Best Scent to Deter Cats?

Anything with a strong, pungeant scent will deter cats. This will include any scent with citrus or pepper odor.

Smells are your way to go when it comes to repelling cats. With their strong sense of smell, cats hate anything which smells powerful.

Some smells that cats hate include garlic, cinnamon, pepper, and citrus. You can either make a spray using some of these ingredients, or you can use essential oils. For instance, citronella is a citrus-based essential oil that deters cats.