We all know that cats have an incredibly strong sense of smell which you can use against it. Coffee has many uses but can it also be used as a repellent? And, more specifically, does instant coffee deter cats effectively or not?

Yes, instant coffee does deter cats because they simply dislike the smell of instant coffee. Coffee is unbearable to cats, making it an effective way to deter them.

Unfortunately, gardens are often treated as litter boxes for your neighbour’s cat. It not only stinks but it’s unsanitary too. Urinating and pooping aren’t the only things cats will do. They will tear plants apart and dig up flowers.

Fortunately, you can use instant coffee as a deterrent for many cats. Cats will avoid your garden as they cannot stand the smell of coffee. It’s unbearable to them. The smell of coffee might seem good to you, but it’s the opposite for cats as it messes up with their heightened sense of smell.

Cats like to smell their surroundings, their nose is like a radar for them, but as the smell of coffee is so strong and overwhelming, they can’t smell other things when they’re around it so leave for another area.

Although fresh coffee could work well to deter cats, you’re better off using grounds or instant coffee instead of wasting a good coffee. You’ll also find that the effects of fresh coffee quickly dissipate.

Yes, coffee grounds work well to deter cats. The good news with coffee grounds is that they’re a byproduct of fresh coffee which you can’t do a lot else with. They’re also great for the garden!

Is Instant Coffee Toxic to Cats?

Caffeine is dangerous for several animals including cats. Cats cannot ingest coffee and all kinds of caffeine, and it’s toxic to them. Cats will stay away from coffee in the first place mainly because of how bad it smells, but similarly to people, not all cats are the same.

Coffee’s smell would easily deter some cats, while some won’t have the same effect as you hoped.

Suppose you spilt a cup of coffee containing cream or milk; a cat can be curious enough to sniff it and even taste it a bit. As cats only require water and nothing else to stay hydrated, the effects of ingesting coffee can be dangerous for a cat.

If a cat ingests coffee, it will take between 30 and 60 minutes to reach peak concentrations in its bloodstream, and signs of clinical toxicity slowly start to appear. Symptoms can vary and depend on your cat’s weight and size.

You can deter cats from your garden using coffee, but caffeine shouldn’t go into their system as it has an extremely high level of toxicity for cats that can be life-threatening. This is why you must instant coffee in the right way in the garden.

How Do You Use Instant Coffee to Deter Cats?

Cats hate coffee because of its strong smell and this is the element of coffee you need to use.

If you observe a cat’s behaviour, you will notice they spend a lot of time grooming themselves. They smell and lick their fur a lot. They also smell their surroundings so they can always be aware of other cats and animals nearby. Cats depend a lot on their sense of smell, like a radar that notifies them of their surroundings.

Instant coffee deters cats because the smell is so overwhelming and strong to cats that it interferes with their sense of smell. This is why coffee can deter a cat.

To deter cats with instant coffee, spread the coffee granules around the area you want to be cat-free. When you spread coffee in your yard, driveway, or garden, cats will stay away and maintain a distance from that area.

The other option is to make a cup of very concentrated instant coffee and then soak tea bags in the coffee. You can then push these soaked tea bags into a plastic bottle with a few holes pierced in it. The holes will release the coffee aroma without a cat being able to drink it.

Should You Use Instant Coffee to Deter Cats?

Instant coffee can effectively deter cats from places you don’t want them roaming around, but coffee can be dangerous for pets, especially cats, and can be toxic to them if ingested.

Caffeine has a very high level of toxicity for cats; even a small amount of it can be lethal. A cat will get several side effects if it ingests coffee.

If you can use instant coffee in a way that makes it different to ingest then by all means go ahead and do so. But you should err on the side of caution when using instant coffee (or any form of coffee).

Instant coffee is an effective solution to deter cats. Cats hate being near-instant coffee and any other types of coffee because it has a very strong smell that messes up with their sense of smell.

You can deter a cat with coffee by spreading coffee around an area where you want to deter cats from, by creating a spray or by soaking tea bags. 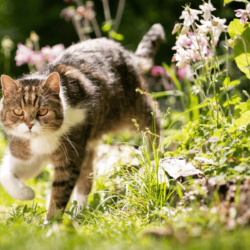 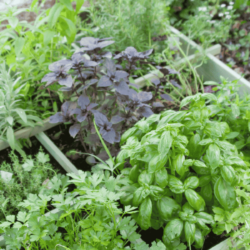