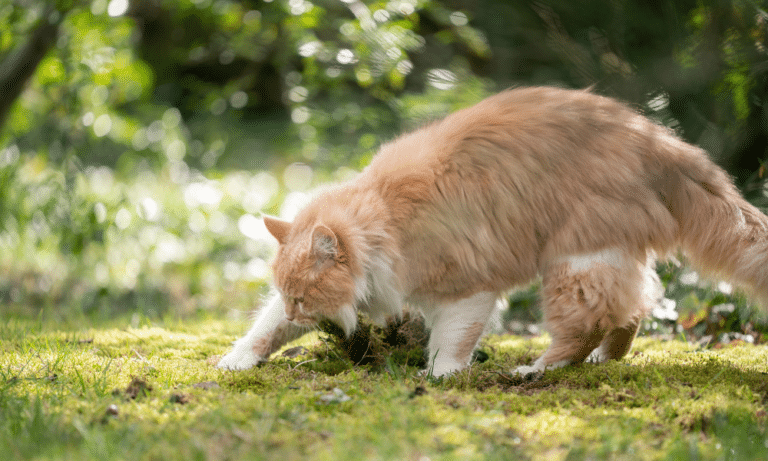 Cats, by nature, are curious animals, and if they spot a slug, they are likely to play with it or taste it. There are no gardens that don’t have slugs, it is only a matter of time before your cat encounters a slug. So, the question is, are slugs poisonous to cats or not?

No, slugs are not poisonous to cats, but they can be harmful in other ways.

Slugs are carriers of the lungworm parasite. Even if slugs are not toxic directly, there is a chance that they can give cats this parasite which can then become harmful.

This can only happen if cats ingest an infected slug.

Are Slugs Toxic to Other Pets?

If you have pets, you’ll know that pets like dogs and cats are extremely curious, especially if they see something moving. As mentioned above, slugs can contain the lungworm parasite which can then be harmful to your pets.

So what can you do to protect your pets in the garden?

One of the steps many gardeners take to get rid of slugs is to use slug pellets. However, many do not realise that slug pellets can harm pets too! The slug pellets contain the compound metaldehyde, which is poisonous for slugs.

However, it is this component that can also cause harm to pets too.

Metaldehyde is a strong chemical that kills slugs by dehydrating them and preventing them from producing slime.

If your pet eats a slug that has consumed a slug pellet, it can become poisoned by the metaldehyde that is still in the slug.

What Are Signs of Slug Pellet Poisoning?

While slug pellets cause dehydration in slugs, it has a different effect on cats and dogs. If your pet has been out in the garden and you suspect it has eaten slug pellets, there are a few symptoms you can look out for.

Signs of slug pellet poisoning tend to show up within the first hour. One of the first signs that your pet may have ingested metaldehyde is vomiting. Metaldehyde works to mess with the stomach lining, which leads to vomiting.

After vomiting, neurological signs begin to show. You will notice that your pet is experiencing anxiety and a fast heartbeat. Other signs include drooling, wobbling while walking, and sensitivity to touch.

These symptoms will be similar after ingesting an infected slug.

Can Eating a Slug Make a Cat Sick?

Some pet owners think it is good to let their cats roam in the garden and eat whatever they want. As a cat owner, you’ll know just how challenging it can be to keep tabs on your cat.

While slugs themselves will not cause instant and direct harm to your cat’s health, it is the slug pellets that can make your cat sick. Slugs that slug pellets have poisoned can cause cats to fall sick if they eat them.

If you suspect that your cat has eaten a slug, there are a few ways to figure out if it has the lungworm parasite. The infected cat will suffer from sneezing, laziness and low respiratory rates.

Is Slug Slime Harmful to Cats?

One of the most prominent features of slugs is the slime it produces. The slime is a problem because it can get stuck to the cat’s fur and in their paws, and they will eventually lick it off.

Slug slime can be harmful to cats the same way slugs are. If the slime is from an infected slug, it can contain the lungworm.

So, how do you remove slug slime from your cat?

Getting the slug slime off your cat can be tricky. The trick is to let it dry and then rub most of it out. However, cats like to clean themselves, so you may want to put on a collar until the slime dries.

When the slime is dry, you can rub it off with a cloth. Afterwards, you can get the remainder out by brushing through your cat’s hair.

While slugs are not poisonous, they can carry some parasites like lungworm, harming a cat’s health.