Slugs will eat pretty much anything in your garden. They’ll work their way through tender plants and vegetables. But does this stop at potatoes, or do slugs eat potatoes?

Yes, slugs are the main pests that will eat potatoes. Certain types of slugs dig into your spuds and eat them from the inside. You won’t know about the damage until you harvest them!

If you’re growing potatoes, your number one concern should be slugs, as slugs love eating potatoes, and they’re probably the only pest in your garden that’ll damage the potatoes.

Several kinds of slugs burrow into potatoes to eat them from the inside.

Keel slugs are the type of slugs that dig into your potatoes and eat them from inside. These messy slugs are problematic for any root vegetable, but potatoes are their favourite.

Slugs mainly munch on the fleshy bits of potatoes like the keel slug that can burrow into potatoes when growing and leave holes after they’re done.

When they’ve gone through a potato, they leave the hole they created to turn brown, which all looks very gross. This can render the potato inedible, unfortunately.

The slugs often leave holes and ragged edges on the leaves. They like eating the lower leaves more than the upper leaves. However, slugs often don’t do any severe damage to the potato leaves to ruin them, as their main target is the fleshy parts of the potatoes.

Potato plants, as a whole, are fairly resistant to attack. They can grow the leaves back at a vigorous enough rate that a little slug damage won’t have a huge impact.

Check the potato plant’s stem; if they’re black or brownish at the soil level, then that’s a clear indication that the plant has potato blackleg.

Which Potatoes are Resistant to Slugs?

If you want to avoid slugs from your garden, especially away from your potatoes, you can use slug pellets as a last resort (we do advise against it, however).

A better option is to grow potatoes naturally resistant to slugs.

There are several types of potato plants that have resistance against slugs:

Varieties of potatoes such as Maris Piper, Cara, and Rooster are less resistant to damage dealt by slugs. Types like Pentland Dell and Lady Rosetta are highly resistant to slugs.

Do Slugs Eat Potatoes in the Ground?

When it comes to garden pests, your vegetables that grow on the roots aren’t even safe as pests like slugs can burrow into the ground and start eating them from inside out.

Keel slugs, as mentioned previously, are the type of slugs that dig into the potatoes and eat them from inside. These are very messy slugs that can ruin many root vegetables, but potatoes are their main target.

These slugs prefer damp, heavy soil, so one of the ways to get rid of the slugs besides using slug pellets, traps, or potatoes which are resistant to slugs, is to improve your garden soil.

You can improve your soil by adding sand and compost to counter keel slugs or burrowing snails which like damp soil.

Keel slugs aren’t the only type of slug you should be worried about, though.

Normal slugs can cause damage to potato tubers as well. Normal slugs aren’t much of a problem, but because of keel slugs, they can get into the potatoes through the holes made by keel slugs and wireworms.

Act on the slug problem as early as possible when you detect it before matters get worse. You can also add nematodes to the soil to combat the slug problem. Nematodes are small creatures that like to live in soil, and certain types of nematodes kill slugs.

As keel slugs start hatching in spring, you can add nematodes during this time, so they’ll eat the slugs before they grow bigger. Adding nematodes in autumn is a good idea, too, as it’s mating season for the keel slugs.

Pests and critters can make caring for your precious plants and flowers very difficult. Slugs and snails are some pests that can be very annoying if you have a fruit or vegetable plant.

Slugs are one of the main pests that target root vegetables, but potatoes are their main priority. If you have a potato plant, you’ll have to pay close attention so no slugs damage the potatoes as they can burrow in them underground, eating them inside out.

Slugs can also damage the potato plant leaves by leaving holes behind or causing plant diseases. You can combat the slugs by slug pellets, traps, adding nematodes, or planting potato plants that have resistance against slugs. 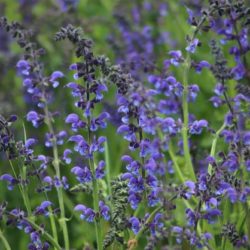 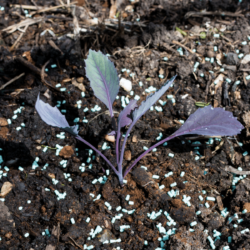