Snails are tiny animals that love munching on plants but will they limit their munching ability to plants or would they also bite humans and animals? So let’s consider, can snails bite humans?

Yes, snails can bite you, but it does not feel more than a small scrape. In fact, you’ll often not notice a snail biting you.

A snail bite is not like being bitten by other insects and animals. A snail biting you feels only like a small scrape. A snail cannot penetrate your skin or cause you to bleed. Snails can be curious or hungry and may think of your hand as food.

No, most snails do not sting and certainly no snail you’ll come across in the garden will sting you. However, the cone snail can sting you, and it can be lethal.

Do Snails Have Teeth for Biting?

However, snails do not have traditional teeth like mammals and humans. There is a band called the radula where all the teeth are in rows. The radula acts like a tongue but can move in the mouth. A snail can control the radula and move the teeth.

How many teeth a snail has will depend on the species. Generally, snails have at most 25,000 teeth.

A snail’s teeth allow it to chew on food and cut it into small pieces. The radula enables it to grind the food and scrape it. In addition, snails have so many teeth to replace the old ones.

When the old teeth wear out, they are pushed back, and the new ones come forward.

What Happens If a Snail Bites You?

When a snail bites you, you will barely feel it. These small animals will bite, and it will only feel like getting scraped by a toothbrush or licked by a cat.

Snails may have thousands of teeth in their mouth, but they are not made for biting and are not big enough to cause you harm.

A snail bite will usually be hard to detect. It won’t have teeth marks, obviously. Instead, it may look like a pale, red rash on the skin. That is if there is a visible sign of a bite in the first place!

Why Do Snails Bite?

Snails are known for chewing through every plant and vegetable in your garden, especially overnight. However, in some cases, snails have also bitten humans. There are different reasons why snails may bite.

If a snail is ravenous, it will bite humans. In the case of extreme hunger, a snail will mistake human skin to be food like vegetable peel.

The snail will proceed to bite for a taste. This is likely to happen if you have touched a plant or food the snail likes. If your hand smells like food, then the snail will bite it.

In addition, a snail will also bite if there is a lack of protein in its diet. The snail will try to fulfil its deficiency by biting your hand.

Snails will use their teeth to bite plants and small pieces of food so they can digest it easily. Also, snails will bite others of their kind if there is less food. During mating, snails are known to be aggressive and will bite others.

Can a Snail Hurt You?

While snails do not bite hard and are not poisonous, they can still pose a threat to you. Snails carry dangerous parasites, one of them being the rat lungworm.

Snails gain the parasite by feeding on rat droppings that the parasite has infected. Hence, animals that feed on these infected snails also contract the parasite. Humans can also get exposed to the lungworm parasite.

Snails make small holes in plants as they continue to consume them. However, in some cases, snails have also bitten humans. You should not worry too much about snails biting you because they will not cause you much harm like other insects can (such as red ants).

A snail bite will feel like a scrape and will not penetrate your skin or make you bleed.

Snails have thousands of teeth that allow them to bite and chew – up to 25,000! All the teeth are arranged on the radula, a tongue-like band.

A snail bite is not poisonous and does not hurt. You can also pick the garden snail in your hand. However, you must ensure to wash your hands thoroughly as snails are carriers of the lungworm parasite. 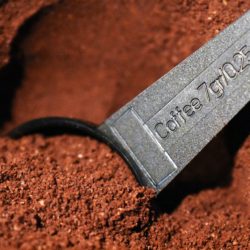 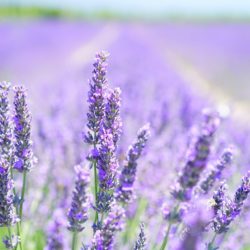