Snails can be found in nearly every garden. If you have often been gardening, it is likely that you have encountered these animals. Snails can be identified by the round shells on their backs. Often, these shells can be damaged so can snails fix their shells or not?

A snail’s shell is crucial to its survival. The shell is made from calcium and sometimes can get damaged. If the damage is small, the snail can survive by fixing it. However, it is beyond the snail’s reach to fix large damage and therefore, it will not survive.

Can a Snail Recover From a Broken Shell?

When out and about in the garden, we may step on a snail and cause the shell to crush.

Other times, snail predators might attack it and cause it to crack. Either way, snails have to suffer from a broken shell which leads to a number of problems.

A snail’s shell is important for its survival. The shell protects the snail’s soft body from getting damaged by any sharp objects in its surroundings. In addition, the shell helps the snail retain moisture and prevents it from drying.

The snail is born with a shell. Although soft at first, the shell hardens over time. In addition, as the snail matures, the shell grows with it. It can be difficult for the snail to recover from a broken shell if there is too much damage.

However, if the shell has not suffered serious harm, the snail can recover by building the shell again.

How strong a snail’s shell is will depend on the environment it lives in. Since the shell is made from calcium, a snail needs to follow a calcium diet. If the snail does not have enough calcium in its diet, the shell will be weak.

Moreover, if the shell gets damaged, the snail would be unable to repair it if the calcium supply is less. Hence, snails with low calcium content may not recover from a broken shell.

How Long Can A Snail Survive With a Broken Shell?

Often you pay to spot a snail with a broken shell and wonder how much time it has left. Unfortunately, snails cannot live for very long with a broken shell. The snail may dry out and face instant death if the shell is crushed. If not, the snail could only survive for a day.

On the other hand, if the broken shell is not badly damaged, the snail can repair it in a few weeks. If you find a snail with a damaged shell, it is best to smash it to put it out of its misery.

Why Are Snail Shells Important?

Snail shells are important for the snail’s survival. Snails are born with their shells attached, which grow as they do. It is not easy for the snail to keep living without its shell and die as a result.

The shell acts as armour and protects the snail from getting hurt by any sharp and dangerous objects. In addition, the snail allows moisture to retain inside the slug’s body, which enables it to move and search for food.

The snail will stay inside the shell during the hot days to prevent it from drying.

Moreover, the shell also protects the snails from predators trying to harm them. Snails are slow animals and can easily fall prey to many animals. Hence, the only thing snails have to do is hide inside their shell once they notice any predators coming their way.

Do Snails Hurt When Their Shells Break?

The process of shell-breaking seems like a painful one. The shell is attached to the snail, and it will hurt it when it breaks. While snails do not have a traditional brain, they can still feel some responses from their environment.

Not only will the breaking affect snails, but the aftermath will make it difficult for them to live.

One big misconception about snails is that they turn into slugs when their shells break. It is important to understand that both snails and slugs are different animals. Snails have shells, while slugs do not.

We can essentially say that slugs are snails without shells. However, this does not mean that snails turn into slugs when their shells break. The shell is attached to the snail, as they are born with it. Snails will die if the shell breaks to the point that it cannot be fixed.

Slugs, on the other hand, do not have external shells. Rather, the shell is found inside the slug. Since slugs are not born with an external shell, they do not need it to survive. The internal shell holds enough calcium for the survival of slugs.

In this aspect, snails are left behind because they need to follow a calcium-rich diet to ensure the growth of their shells and lead them to become strong.

So, if you think the snail will just become a slug if the shell breaks, you are mistaken. Unfortunately, the snail will have to lead a difficult, short life before dying.

A notable feature of recognizing snails is the shell on their backs. The shells are made from calcium and provide protection to the snail. However, sometimes, the shells can break either by predators or someone stamps on them.

If the damage is small, snails can fix their shells. However, if shell damage is too much, snails may not recover.

Snails cannot survive with a broken shell as they will dry out. Many people believe that snails lose their shells to become slugs.

However, these are different animals, and snails cannot live long without shells. If you spot a snail with an extremely damaged shell, it is best to put it out of its misery. 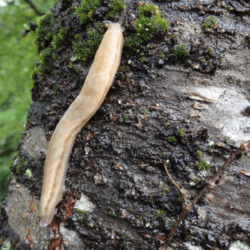 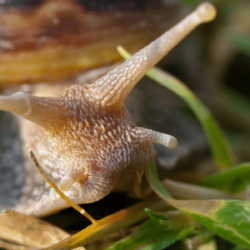