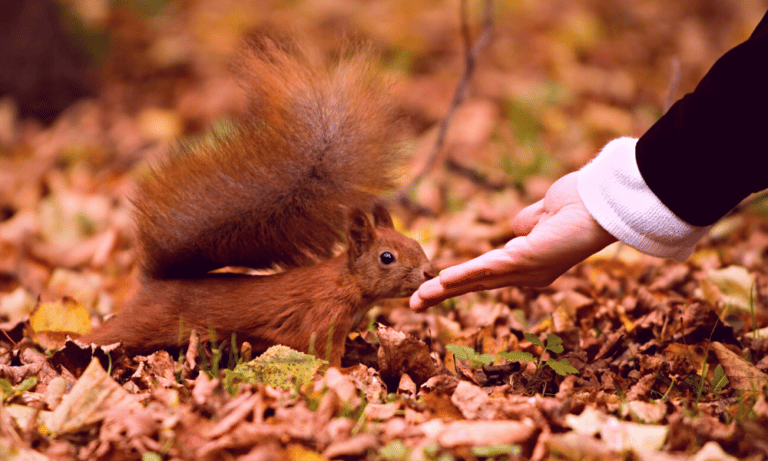 Squirrels have a cute and cuddly appearance, which may make you want to approach and pet them. They resemble domesticated hamsters and rabbits, just with fluffy tails. But, are squirrels safe to touch or should you avoid them?

No, squirrels aren’t usually safe to touch. Touching a squirrel isn’t the best idea as they’re wild animals, and it can be risky if the animal feels threatened or agitated. Squirrels also carry harmful diseases.

Many people forget that squirrels are unpredictable animals that can attack you when they feel threatened or agitated. Squirrels also have very sharp claws that can accidentally scratch you if you touch or try to grab them.

They can have the possibility of carrying a harmful disease that can affect your health. Squirrels often carry diseases like rabies, typhus, and leptospirosis. A squirrel carrying rabies is also very territorial and aggressive towards people and will often attack.

They can carry parasites like fleas and ticks on their fur.

Squirrels are friendly animals and may even eat from the palm of your hand, but this doesn’t mean that grabbing or touching one is a good idea just because it’s feeling safe around you. 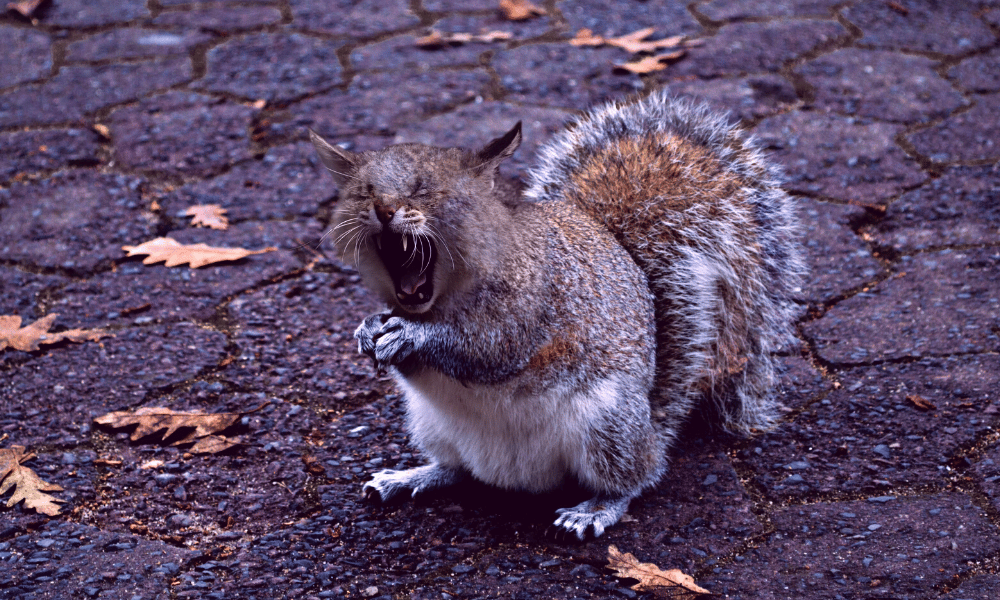 Yes, squirrels can carry both fleas and ticks on their fur and can then be passed onto you (or your pets) if you were to stroke their flea-ridden fur. This is another reason to avoid touching squirrels.

Why You Should Not Touch Squirrels?

If you live in an area where you often see squirrels around, then the squirrels will be used to being around people and may even be friendly. But in a forested area, the squirrels there would easily run away upon seeing you.

No matter what area you are in, squirrels generally are friendly animals and may approach you if you give them food. However, these friendly and harmless animals can still be dangerous for several reasons, which is why you should not touch squirrels.

Squirrels are wild animals, and wild animals are unpredictable, are easily threatened or agitated, and aren’t used to being touched or held by people.

And if you do touch or grab them, their first reaction to being touched or picked up will be panic, which could end badly for you as squirrels have very sharp claws, and their incisors are long and can hurt if they bite.

Squirrels are wild animals, and all wild animals, if agitated or threatened, can attack you, your pets, or your children. Despite their adorable appearance, squirrels have sharp claws and teeth for defense, and they can use these against you if you startle them, make them feel threatened, or try to grab or capture them.

The two common types of squirrels, the reds and the grays, can cause many problems to people and can be very dangerous:

Grey squirrels can cause structural damage to your property, steal bird food, and cause several health problems to people and their pets.

Red squirrels can damage your electrical wiring, mess up your garden, leave droppings, and cause chaos looking for food on your property, and they’re easily agitated, so touching them could leave scratch marks on your hands as they’ll panic and attack.

Squirrels live in the wild, and unlike your domesticated cats and dogs, no one’s there to care for them and wash them. They can carry several harmful diseases. However, not all diseases will be transmitted to people and could be dangerous. It still makes it very risky to get too close to a squirrel.

Common diseases carried by squirrels are salmonellosis, typhus, tularemia, and ringworm. These diseases can be transmitted to someone through a bite or direct contact with an infected squirrel. Squirrels also carry several harmful parasites, such as fleas, ticks, and mites which they can leave behind on your property, your pets, or yourself.

Squirrels are probably one the cutest animals that are considered pests. Squirrels, with their bushy tails, fluffy bodies, and cute faces, are friendly and harmless, and you may have an urge to touch them or even pick them up.

Still, all of this isn’t recommended as squirrels are wild animals, and no matter how cute they are, you can’t predict what a wild animal would do.

The most you can do is feed a squirrel by hand, as friendly squirrels are known to get very close and trust you enough to be fed by your hand. If you touch or hold a squirrel, it may panic and scratch or bite you, so touching or holding them is dangerous.