Squirrels can be found in forested areas, neighbourhoods, on your front porch or backyard, eating nuts and jumping from tree to tree. But when are they active? Do squirrels come out at night, or do they hide away?

Squirrels can come out at night, depending entirely on the species. Varying squirrel species can come out during dusk, day and some at night. Most squirrels, however, are diurnal.

Squirrels mainly come out during the day and rest at night. However, it depends on the species of squirrels, as some species are crepuscular.

Squirrels have three categories to help you distinguish one type from another type of squirrel. Tree and ground squirrels, active during the day, are either diurnal or crepuscular. Flying squirrels, the third category, are nocturnal and only come out at night.

Are Squirrels Active Only at Night?

Squirrels are usually active during the daytime, but some species are crepuscular and nocturnal.

Tree and ground squirrels which are diurnal or crepuscular, are rarely seen at night. They sleep right after sunset or when it gets a little darker.

Tree and ground squirrels have weak vision, which is why they only come out during the day as they wouldn’t be able to see anything during the night.

Flying squirrels, as mentioned above, are nocturnal, so they come out at night and sleep during the daytime.

Most squirrels have excellent vision during the day but are poor at night. They like the day and avoid the night.

Flying squirrels, however, are sensitive to light. Hence they avoid daytime and are mainly seen during the night.

You must be thinking flying squirrels sound as if they fly like bats during the night, but they simply glide, and they don’t have wings. The thin layer of skin between their arms and legs acts as a parachute when they jump from tree to tree.

No, squirrels are not nocturnal. Squirrels are diurnal, which means they are active mainly during the day. There are some crepuscular and some nocturnal squirrel species, but these are rare.

Which Squirrels are Nocturnal?

Although most squirrels are diurnal, flying squirrels are known to be nocturnal. This is because they have better vision and are less prone to predatory attacks at night.

Do Squirrels Roam Around at Night?

Tree squirrels which aren’t active during nighttime go in tree cavities or trees to rest. Ground squirrels dig burrows in the ground where they sleep.

When night comes, flying squirrels come out from their tree cavities to forage for food. Their predators are often less active during the night, which gives them an advantage.

You can see them gliding from tree to tree up to 250 feet. They even can turn 90 degrees during gliding. It looks like they’re flying, which is how they got their name.

Unlike most rodents, flying squirrels do not hibernate and will forage enough food to use during winters, so they have something to eat while the harsh winters pass. To survive the harsh cold during winters, they huddle together in groups.

Do Squirrels Sleep at Night?

Tree squirrels such as fox squirrels, grey squirrels and red squirrels aren’t nocturnal, and after foraging food during the day, they sleep at night.

When night comes, they go to their dreys or dens. Their dens are made to survive the long, cold and harsh winters. They prepare their dens for winters by covering them with leaves and moss. During warmer months, the dens can be used for shelter and to raise babies during mating season.

Unlike tree squirrels, ground squirrels sleep underground – hence the name! Ground squirrels are diurnal animals, meaning they stay up during the day and will sleep when it gets darker.

They’ll burrow in their underground dens and will only come out during the night when it’s necessary. They have slightly better vision than tree squirrels when it comes to the dark. Still, they prefer not to come out during the dark as they cannot see well.

A sleeping squirrel might come out during the night if a bright light reaches its den or burrow, making it think that it’s daytime, or the squirrel could just be curious to figure out the source of the light and might come out as a response.

A temperature change can also be a reason for a squirrel to venture out at the night for food, for example, if it’s very warm.

Another reason that a squirrel might wake up from their slumber at night could be a cause of an intruder in their den, such as a hawk or any predator.

Squirrels are smart animals and will always try to sleep their way through the night as the dark is risky for them. 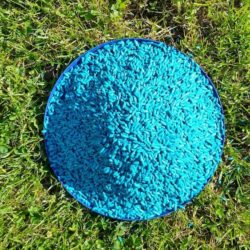 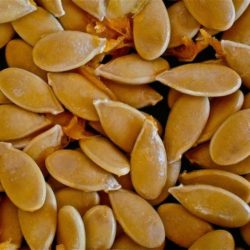