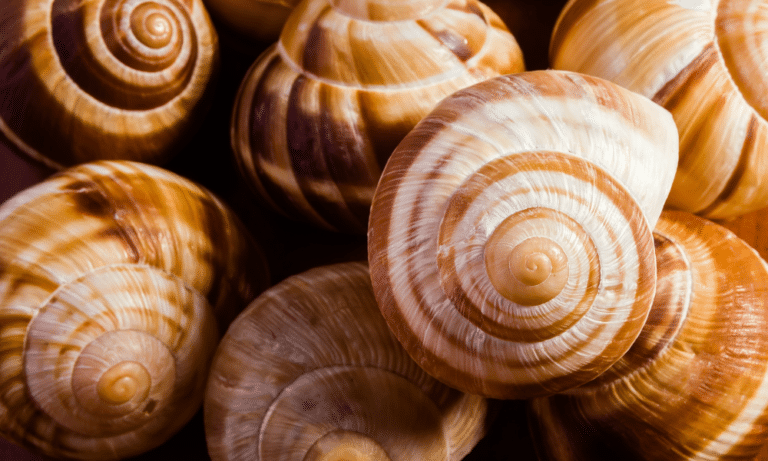 Among the many pests in your gardens, snails are one of the most notorious. The hard shell on their backs sets snails apart from other animals. But, what do you really know about a snail and its shell? Can snails change shells, for example?

No, snails cannot change their shells. Snails are born with their shell and they keep this shell for their whole life.

Many people assume that the shell on a snail’s back is interchangeable. However, snails are born with one shell, which is soft at first, but with time, it grows strong.

A snail’s shell is a part of it, and it does not change it. If a snail loses its shell, it will dry up and die. In some cases, snails can repair their shells, but if the damage is too much, there is nothing that can be done.

Can Snails Survive Without a Shell?

A snail’s shell holds a lot of importance for it. Snails survive entirely because of their shells. If a snail loses its shell at any point, it will not stay alive for long and will eventually die.

A snail’s shell is like its armour which protects its soft body from getting hurt. Sometimes the shell can suffer damage, but if it is small, the snail is able to recover.

On the other hand, sometimes, the damage is too large, and the snail is not able to fix it. Eventually, the snail dies.

Inside the shell, the snail’s soft body does not stand a chance on its own. The shell prevents the snail from drying out and provides them with protection from sharp objects.

Moisture is important for snails, and the shell ensures they retain as much as possible. If a snail loses its shell, especially during the hot summer days, it is likely to die.

Can Snails Lose Their Shells?

There are many misconceptions when it comes to snails and their shells. Snails cannot lose or shed their shells. When snails are born, the shell is attached to their body in a softer form.

As snails grow with time, so does their shell. The shell is attached. They cannot lose or change it.

Sometimes snails accidentally damage their shells. If the damage is small, snails are able to fix it. However, in cases of serious damage, the snail will not survive.

Why Do Snails Have Shells?

A snail’s most prominent feature is the shell on its back. In fact, the only thing which separates a snail from a slug is its shell. Other than helping to identify a snail, the shell serves more purpose.

The shell provides protection to the snail. The snail has a soft body, and when it gets threatened by any predator, the snail goes back inside the shell.

The shell is made from calcium carbonate, and with time, it grows along with its body. You can tell the age of a snail by the rings on its shell.

In addition to providing protection to the snail, the shell serves as the snail’s home. Many snail predators cannot get inside the shell to harm the snail. Moreover, snails also seek protection inside their shell from bad weather.

Are Slugs Snails Without Shells?

A creature most similar to a snail is the slug. These two animals are sometimes confused with one another. Both belong to the gastropod family; however, the only difference is that slugs do not have a shell.

You can say that a slug is really a snail without a shell. But, it does not mean that a snail turns into a slug if its shell gets crushed or loses it.

There are more than a few similarities which exist between slugs and snails. These animals come out during the nighttime and prefer to be in the shade rather than the sun. Snails and slugs both leave slimy trails behind wherever they go and are common in gardens.

However, we cannot just say that slugs are snails without the shells because some key differences exist.

Due to the shell on their back, snails cannot hide in small spaces. However, they have less chance of losing moisture to their surroundings as opposed to snails.

Do Snails Leave Their Shells?

Snails are fascinating creatures, so most people are interested in knowing more about them. People wonder if snails ever leave their shells among the many unanswered questions.

The shell is attached to the snail and is a part of its body. Snails leave their shells, but they carry them with them.

Certain factors will control whether a snail will stay in its shell or get out. For instance, if it’s dry outside, the snail will prefer to be inside the shell to prevent loss of moisture. In addition, you will notice snails crawling outside their shells when it rains.

These slimy animals will also leave their shells to look for food or when it is time to mate. Most of the time, however, snails will be inside their shells.

Snails are famous for the strong shells they carry on their back. These slimy animals are born with the shell attached. At the time of birth, the shell is soft.

However, over time, the shell hardens and grows with the snail. Snails stick with the shell they are born with, and since it is attached, they cannot remove it.

A snail’s shell is important as it provides protection from the harsh weather and against enemies. If the shell gets damaged, the snail will not be able to survive for long. However, if there is little damage, snails are capable of fixing it.