Any small animal gets very scared if you get too close to it or make any sudden movements. Even if you don’t want to make the animal feel scared of you, your mere presence scares them. It’s often touted that an animal can die of fright. So, can squirrels die of fright too?

Yes, squirrels can die of fright or a heart attack. Though this is very rare, it can happen with many animals, especially smaller ones whose hearts beat fast.

Squirrels get scared the most by their predators. Coyotes, foxes, cats, dogs, and owls scare squirrels as they’re natural predators.

These predators aren’t the only things that squirrels are afraid of, as they can easily be startled and scared of people. Squirrels are easily frightened animals and can even die of fright.

Dying of fright is rare, however, but it can happen. Red squirrels are even known to sometimes kill themselves upon coming face to face with a predator.

What Happens When a Squirrel Goes Into Shock?

It’s easy to figure out if a person is in shock as they’ll not move, raise their eyebrows, and their eyes and mouth will be wide open, but what if you found a squirrel in shock? How will you know that the squirrel is in shock?

A squirrel goes in shock when it’s startled by a predator. Falling from a height such as a branch, power line, or wall can also shock a squirrel. A squirrel gets in shock also because of some internal problem. Not getting the right amount of blood flow can also result in shock too.

Shock Because of Trauma

People are seen as predators to squirrels, and normally a squirrel will run away if you get too close to it, but if it’s in shock, it won’t run away and won’t do anything if you go near it and even touch it.

A squirrel in shock will have a glassy-eyed stare as it won’t be able to respond to a stimulus by showing eye movement. The squirrel will have a blank, expressionless face and a dull gaze. It will look like it’s staring at something but not at you.

If a squirrel is in shock for a very long time and you’re hesitant to perform CPR on it, then putting it in a safe place away from predators is a good idea so it can recover safely.

Shock Because of an Internal Problem

Sometimes squirrels get in shock because of an internal problem. A problem can be internal if symptoms include pale gums because of internal bleeding. This happens when blood doesn’t go where it’s supposed to go, and there’s a lack of blood where there should be blood.

Squirrels are active animals, always seen running and jumping from tree to tree. If a squirrel is less active than often and it’s less responsive to stimulus, the squirrel could be in shock.

A squirrel’s breathing can change in shock. If it’s speeding up a lot or slowing down a lot, the plausible reason is that the squirrel is in shock.

Like breathing, a squirrel’s heartbeat can also speed up or slow down during shock.

Squirrels have bright and vigilant eyes. If they’re suddenly dull, sunken, and dry, the squirrel is possibly in shock.

A squirrel in such a condition can be treated, and the best place would be at a wildlife rehabilitation centre. The professionals will look after the squirrel, and it will get better.

What Causes a Squirrel to Die Suddenly?

There are a number of reasons why a squirrel might die suddenly including disease, poison and a brutal attack from a predator.

What Animals Can Die From Fright?

Small, rodents are known to die from fright including squirrels, mice and rats. This is because their heart of small and already beats at a fast rate. Fear will increase their heart rate drastically.

What Causes Squirrels to be Frightened?

Squirrels get scared of predators, including us. Though we mean no harm to squirrels, all humans seem the same, so they get easily frightened when we get near them. When frightened, squirrels will run away as we seem like a threat to them.

Most four-legged predators, birds of prey, domesticated dogs, and cats eat squirrels, so squirrels are scared of them.

As you can tell, there is a lot for squirrels to be frightened of!

Squirrels are one of the animals that you cannot get close to even if you’re very fast because they always run away and are easily frightened. They easily get scared of you because they see you as a predator.

Their common predators are coyotes, foxes, raccoons, owls, and any other four-legged predator or carnivorous birds. They get so scared that sometimes they even die from fright when being startled by a predator or by you.

Other times, they may get into shock if startled or spooked. A squirrel in shock may be expressionless and immobile. 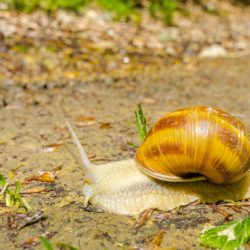 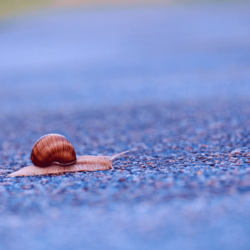