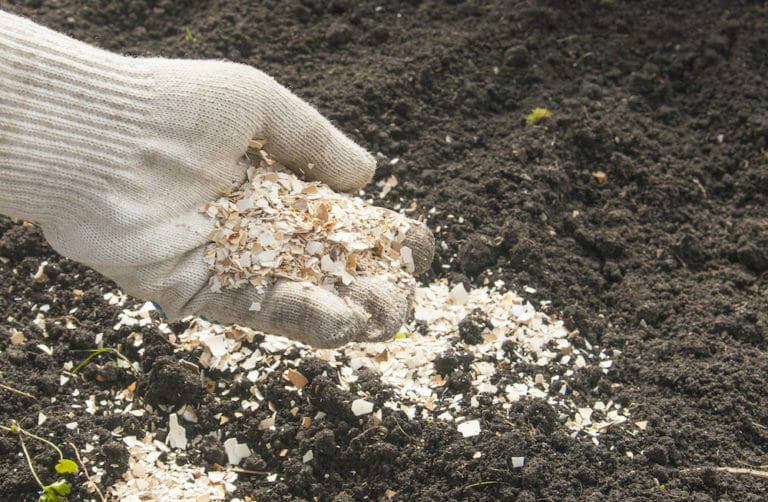 In an attempt to find natural remedies to cope with snails, many gardeners have suggested using eggshells as a deterrent. But do crushed eggshells really deter snails or is it just another myth?

Yes, crushed eggshells can deter snails (and slugs) from the garden as snails dislike the sharp texture of eggshells and, therefore, avoid the area where possible.

Are Snails Deterred by Eggshells?

Yes, snails are in fact deterred by eggshells. It works quickly and using eggshells causes no harm to your garden.

It is for this reason that eggshells have been a highly recommended method of snail control by gardeners for many years. But how does this actually work?

Why Do Eggshells Deter Snails?

Considering that eggs have a rather strong smell, you may at first assume that the eggshells deter snails because of their smell. This is only partially true. The smell itself does not seem to act as a repellent, but the smell itself alerts snails to the presence of eggshells which repels them.

Snails do not like eggshells simply because they are hard and sharp. If there are eggshells along your pathways or in your soil, then a snail isn’t going to want to travel over it. They don’t like travelling over eggshells for several reasons:

The eggshells may stick to them because of the mucus, the hard surface of the eggshell does not feel nice to a snail, and the sharp edges can cause snails damage if it pierces them. All of these reasons combined together mean that snails are deterred by eggshells.

How to Use Eggshells to Deter Snails

Knowing why eggshells deter snails is only part of it, but thankfully, it is quite easy to use eggshells to get rid of snails.

Rather than throwing your eggshells away, crush the shell into small pieces, but not dust or that will have no effect. Once you have your small pieces of eggshells, sprinkle them around your garden. You can sprinkle them on top of the soil in your plant pots or on top of your flower beds.

Using these eggshells will mean that the snails do not travel over the soil and therefore will not reach your plants.

Are Eggshells Safe to Use in the Garden?

It is safe for you to use eggshells as your plants will not react badly to their presence in their soil. In fact, many plants actually benefit from the presence of eggshells in their soil and these shells are sometimes used as a fertiliser.

The reason it is used as a fertiliser is that the eggshells contain large amounts of calcium, some plants need added calcium in the soil, and it can also prevent certain diseases in plants such as blossom end rot.

Some plants that grow really well with the addition of eggshells are tomato and spinach. This is great because crop plants are very commonly attacked by snails so by using eggshells, you’re able to get rid of two birds with one stone.

What Other Terrains Will Deter Snails?

There are other terrains that you can use which will have the same effect as deterring snails.

Whilst eggs are easy to acquire, there may be many reasons why you do not wish to use them, but don’t worry, there are other simple ways you can make your plants unattainable to these garden pests:

Snails do not like travelling across any types of gravel.

This is because of the same reasons that they do not like travelling across eggshells, the small stone pieces are cold and sharp which makes it uncomfortable for snails and sometimes the small stones stick to them and cause them damage.

Because of this, they will avoid travelling over gravel and placing it around the borders of your garden can keep snails away from all areas.

Slate is not as small as gravel or eggshells, but it provides a similar sensation of discomfort for snails that choose to cross it.

The slate flags are cold and uncomfortable, and you can also get broken up chunks of slate that are cold and sharp and can be dangerous to them sometimes due to their edges.

Using slate flags on your garden is a good way to deter snails from travelling across and to your plants because of the hard and cold surface.

Mulch is made up of decaying plant matter, in mulch, you may find bark shards, leaves and wood chippings, there may even be some eggshells mixed in with the mulch as well.

This terrain is very rough, and its inconsistency makes it very difficult for snails to travel across so they will usually avoid it. Putting mulch on top of your plant soil is also good because it is designed to help plants to grow quickly and healthy as it also acts as a fertiliser.

Do Eggshells Deter Other Pests?

Snails are not the only ones that are deterred by the presence of eggshells. Here are a couple of other common garden pests that will be kept away by using eggshells.

To summarise, eggshells do work to deter snails from your garden.

This is because the sharp edges of the shells can hurt snails and also can stick to their mucus. It is perfectly safe to use eggshells and some crop plants, such as tomatoes, benefit from them as a fertiliser. Eggshells can help to repel other pests too such as slugs and cutworms.