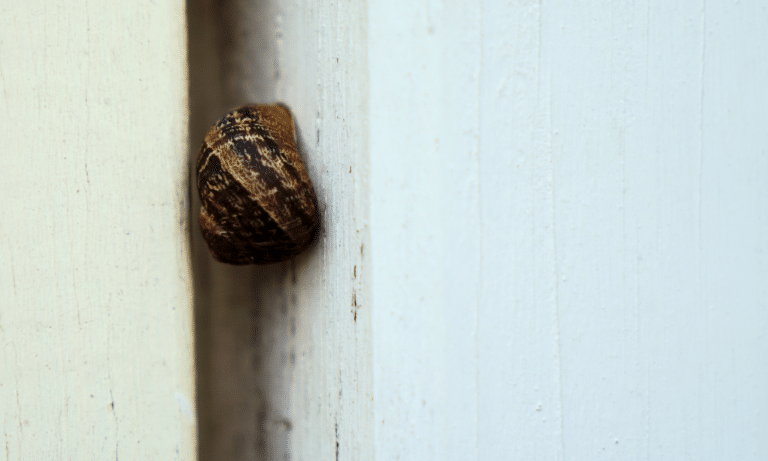 You tend to see fewer snails in your garden during the colder months. But where do they go? Do snails hibernate in winter or do they die?

Yes, snails do hibernate. They hibernate during the colder months of the year to ensure they survive through to the next season.

Snails, like most animals, are known to hibernate during the wintertime. This is their coping mechanism for dealing with the cold winter. An unknown fact is that there are some snails that can hibernate for three years!

How do Snails Survive the Winter?

If you are an avid gardener, you will not see many snails during the winter. This will make you wonder where these animals go at night?

When the temperatures begin to drop, snails will look for ways to survive the winter. They will often hibernate and hide under rocks, leaves and dirt. Snails will sometimes gather to form a cluster, giving them a better chance at surviving the cold.

Obviously, some places are colder than others. Areas that are extremely cold will have snails that behave differently. These snails will prepare for hibernation by emptying their stomachs and removing all liquids. By removing the liquids, it is ensured that they do not freeze and kill the snails.

Afterwards, snails curl inside their shell and seal the entrance with a mucus layer. The layer dries out and becomes hard. This protects the snail from intense cold and any lurking predators.

During hibernation, snails have a low heart rate and breathe softly. Snails will also slow their metabolism and use less energy.

Do Snails Die in the Winter?

During the winter, snails have adapted to survive freezing temperatures. Snails can survive the cold temperatures because they produce glycerol, an antifreeze chemical in their blood.

Some snails make glycerol in the winter that is made up of sugars. The sugar combines with water present in the snail’s body ensuring it can stay alive if it becomes dehydrated. In addition, the glycerol works to stop ice from forming inside the snail’s body and destroying the tissue.

There is another reason why a snail would die in the winter. Often snails will over eat during the winter to build their fat deposits. Snails use this fat reserve during hibernation for energy.

However, snails can be woken from hibernation, and when it happens, their body temperature will increase along with their metabolism. The snail will begin to use its energy until it goes back into hibernation.

If the snail uses too much of its stored energy, it will not have any left for winter and can die by starvation.

Can Snails Hibernate for Years?

Snails require moisture to survive. If the weather is not suitable, snails can sleep for as long as three years. It all really depends on the location of the snails. Most of the snails will hibernate in the winter until the weather warms up though.

Snails that hibernate for years (and therefore during the summer) will cover their bodies with mucus so they remain protected against the hot weather.

What Are the Signs a Snail is Hibernating?

Obviously, when snails are hibernating, they do not move. However, it can become easy to confuse a hibernating snail for a dead one or a sleeping one. It would be best to look out for some signs that indicate whether a snail is alive or dead.

A snail that is hibernating will not smell rotten. If you find a snail, you can try taking a sniff to see if it smells. If the snail does not have a scent to it, then it may be hibernating.

In addition, when you lift the snail, you will feel its weight. This is because when snails die, their body has rotted away, and there is nothing left inside the shell, so it is light.

A hibernating snail will have its entire body inside the shell, staying there until the snail wakes.

Moreover, there is a white sealing at the entrance, which is the mucus that protects the snail from predators and the weather.

Snails make up one of the many animals which hibernate during the winter. When the weather gets cold, snails will hibernate to store their energy. These animals have the ability to survive freezing temperatures.

However, if the temperature falls below -17C/0F, the snail is likely to die. There are a few ways snails protect themselves. For instance, it lowers its heartbeat metabolism and will seal the entrance of the shell to keep any warmth in (and the cold out).